Home Archives About Subscribe Advice Smackdown Tip Jar
Amy vs. The Department of Education
Haiku Smackdown IV: I Know What You Did Last Thursday

The "My Pictures" Folder of Doom

While I'm off thinking of something Fun and Interesting to write about, here are some completely random photos I found on my computer. There is no narrative thread to this photo essay whatsoever. I have no idea when most of these were taken or why I have them on my computer at work.

Especially the ones from my friend's bachelorette party with the stripper. I really shouldn't have those here. And I'm not posting them either. He wasn't very good-looking and the one of him on my lap has someone's thumb in the way, so you're really not missing out on much.

Anyway. What? Oh, right. Pictures. Also: anyone with a dial-up connection is pretty well screwed. Sorry.

Here's my brother, my nephew and me. 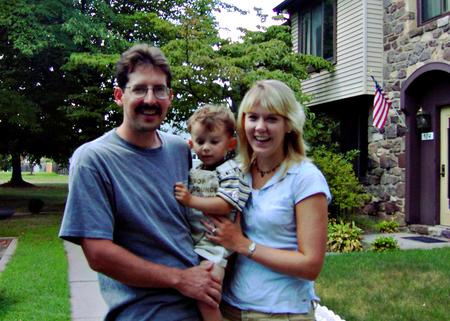 Isn't he cute? And aren't I tan? And don't you just love when a photo comes out just blurry enough to be really, really flattering? 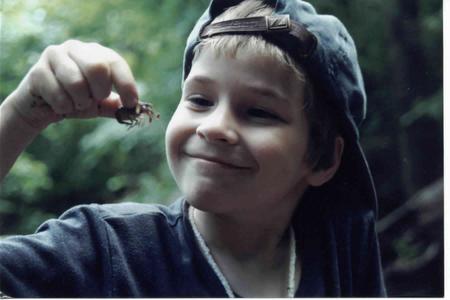 You know he's one super-cute kid when he looks totally adorable while holding some kind of vile shrimp-insect thing.

Here's me with an award I won for work. 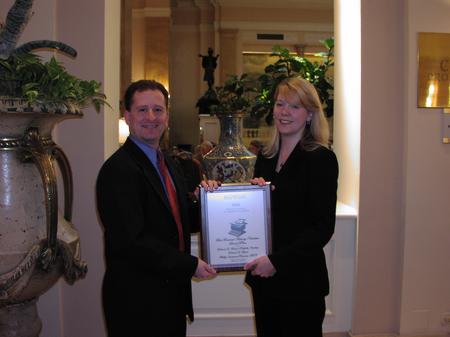 Second place in Best Financial Advisory Newsletter, beeatch. I was beaten by Investor's Digest of Canada. Which is neither a newsletter nor non-Canadian. So the whole competition was a sham. A sham!

Here's me at a nightclub. 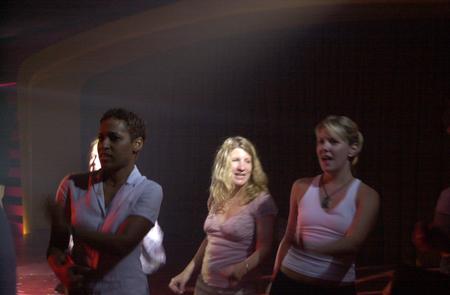 This was actually a nightclub on a Disney cruise ship. My company took all award-winning editors (and all other non-award-winning employees) on a cruise last September for the company's 30th anniversary. It rained a lot. And there was more drinking than one would usually expect in such a wholesome atmosphere. I also called Wendy from Peter Pan "jailbait" to her face.

Here's me and a lot of snow. 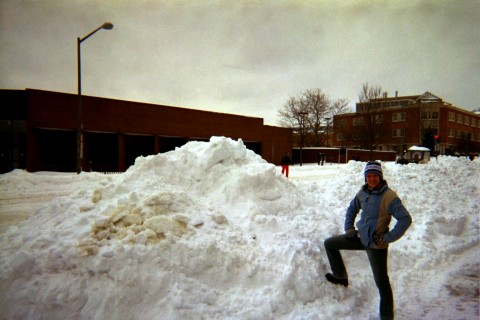 Some of that snow is totally yellow. Oh yes.

Here's Jason and a lot of snow. All that caution tape around the biggest drifts? Just totally made me want to jump in.

Here's me and my parents' cat, Mollie. 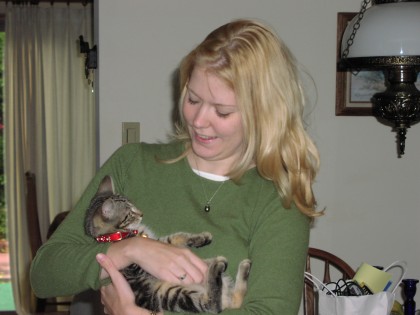 Mollie is the middle cat of my parents. They also have Mazie, who is so rarely photgraphed one could doubt her existence, but she is real and she is mean. The baby is Maggie, who I have not met yet but am assured is not mean. But I've also been assured that all the M names are not confusing, so we all know my mom lies a lot.

Speaking of liars, here's me, my mom and Max. 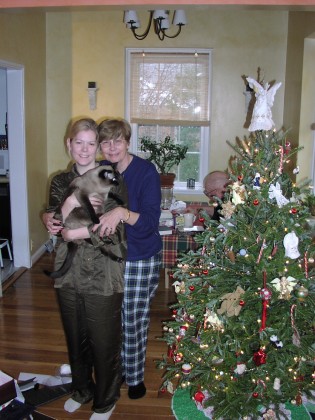 That was great! Wonderful pictures and they just help me get to know you a little bit more! I definitely dig the photo essay idea. Kewl!

I love the new design, Queenie!

CUTENESS. Also? I have the same pj bottoms as your Moms. Yes, I rhymed. Sorta? Sweet!

Girlie, you are plain damn dumb and crazy...love it.

So cute. The one of your nephew with the bug, his cuteness definetely outweighs the bug's grossness.

Pictures! I love pictures!!! Thanks for sharing them!

Heeee. All of my pictures are a little fuzzy, sister. That's how comes I look so good alls the time. It's a Judith Light-approved technique!