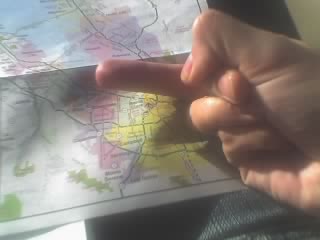 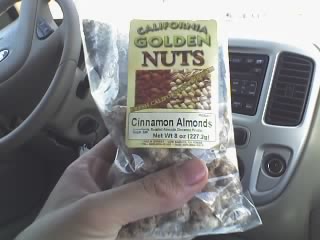 Pretty much the most delicious thing i have ever tasted. Read more → 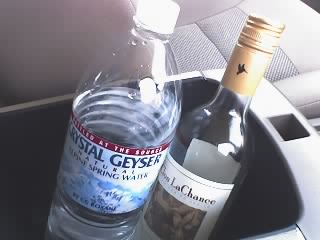 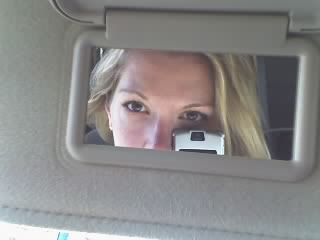 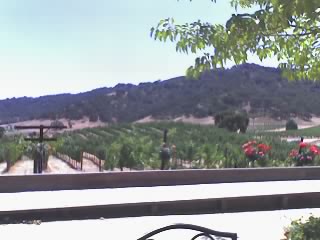 Pretty much the most beautiful one we visited, as well as the one with the "most bonus free pours of wine and oops! we accidentally opened this bottle here too, have a taste or four!" kind of vibe. Love. Read more → 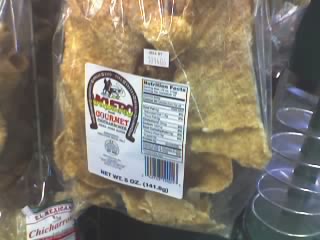 They had the MOST impressive display of pork rinds and pork rind accessories I have ever seen, hands down. Um, yum? (Taken with a Motorola RAZR, for everybody who asked. I hate it. But occasionally it does something sort of okay.) Read more → 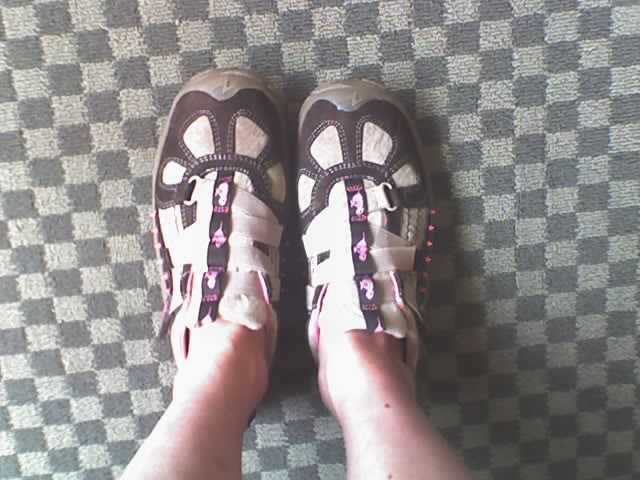 BlogHer is over, Jason is here, my sanity is restored. I spent most of the weekend lamenting my baby-less state that I totally didn't realize how much I missed Jason until I saw him standing in the hotel lobby. I didn't realize how much I rely on him to help me process things when I get overwhelmed and overstimulated. And I now have new heights of appreciation for the gentle signals he sends me when I NEED TO STOP TALKING, because I seem to lack my own internal off switch and will talk and talk and talk, wondering why no one is telling me to STOP TALKING, or at least to bring the volume back down to a low roar, but mostly, to STOP TALKING. NO ONE CARES AND YOU ARE SCARING THAT BABY OVER THERE. Now that Jason is here, he can pat me on the back or squeeze my arm or deliver swift kicks under the table -- and I know these are my signals to shut up. (AND STOP TALKING.) Apologies to everyone I met at BlogHer while lacking my anti-idiocy failsafe. Anyway, contractually-obligated postings will continue all week at ClubMom, while around these parts I'm going... Read more → 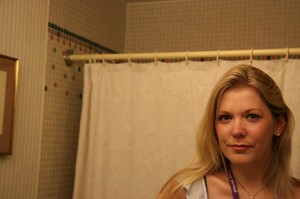 Much less dead than before! Me, looking all fresh-faced and glowy after getting mah face done up for a video interview with LeahPeah for AlphaMom, which was super fun, even when I told the makeup artist that I write a little column about makeup sometimes, to which he responded by saying, "Oh, you're so cute," as he furiously scrubbed all traces of my own crappy makeup job off my face. Things took a serious turn for the haggard and oily later in the night, apparently. (Jennster!) I don't know. I just don't know. I woke up this morning and Yvonne was skulking around in preparation for a BlogHer walk of shame, there was stray pizza crust on the floor, pepperoni slices in the bed sheets and about seventeen half-drunk glasses of red wine scattered around the room. It's official: I'm a drunken frat boy. Bring on the beer bong. Anyway, I don't want to do one of those long name-dropping posts about how I partied with Dooce (omg i totally partied with dooce) and made Zoot's baby cry (omg she hates me) and had a heartfelt and evocative discussion with Marrit (omg i don't remember what i was talking about... Read more →