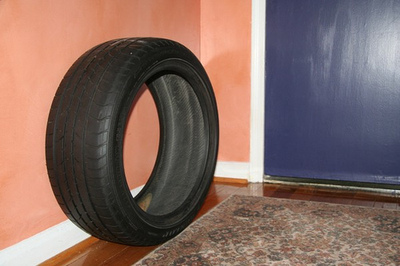 I somewhat randomly met a long-time reader recently who immediately wanted to know about The Tire. (Which is admittedly better than wanting an update on my menstrual cycle.) (HATE. THERE'S YOUR UPDATE. BUCKETS OF HATE.) Where is The Tire? And what was the deal with The Tire? Memmmmmmmmmmmmories! The Tire is no longer in our basement or foyer or being used as a festive centerpiece. It is, believe it or not, actually on Jason's car. Enjoying the open road, freedom and the Japanese auto industry dream. The deal with The Tire was simple: Jason's car only has room for a patch kit in the trunk. So he went and bought The Tire on eBay so he could also have a full-size spare. He rolled The Tire into our foyer. And left it there. He said he might just go ahead and replace one of his current tires -- he thought it had a leak. This was the story for...a couple weeks? I think? If your tire has a leak you should replace it, I would tell him at least once a day. I know how you drive. You're going to have a blowout and lose control and die. Replace the... Read more → 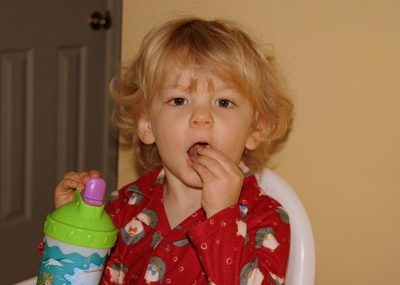 Noah has woken up in the middle of the night four times in the past week. This is hugely unusual for him -- he's always been the kind of sleeper I don't tell other mothers about, lest I get pelted with Starbucks cups and small pieces of occasional furniture. Down at 8:30 pm, puts self to sleep, up at 7:30 am, hums and reads quietly to self until 8, down again after lunch and -- after a few minutes of shrieking and jumping while I remind myself for the millionth time to tighten the crib screws, dear LORD -- stays down for at least few hours. See? You don't talk about a sleeper like that. I can feel your anger right now; your breath is steaming up my monitor from here. But lately he's been waking up and talking about bears. Which, okay, not so much "talking" as waking up crying and saying "ABEAR ABEAR ABEAR" over and over. Not to impress you too much with my deductive reasoning skills or anything, but I think he might be having nightmares about a bear. *** Uh. So. I wrote that 20 minutes ago, according to the clock on my computer and... Read more →

So there was this one time when I managed to get myself linked to from Dave Barry's blog. That was incredibly cool and thrilling and I'm sure caused a few pinched bridges of noses over in the Typepad server room, but it also happened to be the same day I wrote about my spanking new thrush infection. Yesterday I found out I am a finalist for Best Parenting Blog over at the Weblog Awards. The same day I wrote about vomit and posted photos with my bra sticking out. I am possibly quite brilliant, or just the world's biggest jackass. I don't know. We'll see how the voting goes. (You can vote once every 24 hours. Look! Here's a visual reminder!) (What? Too much? A little ostentatious? How about this one?) (Inside voice!) I might be wrong, but I don't think there are any actual...prizes? Except for bragging rights? And Lord knows, if there's anything we parent bloggers need more of, it's things to brag about. SPEAKING OF BRAGGING... Noah was a freaking champion trick-or-treater. We had a little bit of a problem with him walking inside people's houses (at one house he barreled past the owners and made a... Read more →

Yo Ho Ho and Six Bottles of Rum 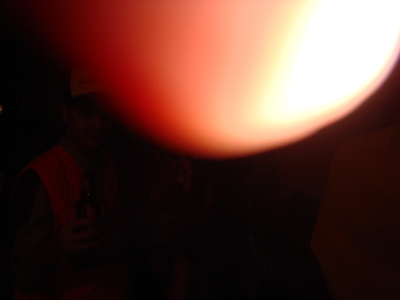 It appears I went to a Halloween party last night. I drank what I thought was a perfectly responsible amount of what I thought was a champagne-and-cranberry-juice punch, only to later learn that there were also a half dozen bottles of rum in it too, which would possibly explain why I woke up in the laundry pile this morning. Me, as either a cross-dressing Marie Antoinette...or a Sexy George Washington. Jason, as Dick Cheney. My wedding ring kept catching on the lace sleeves so I left it at home, thus making me and my bra very popular with two guys dressed like hot dogs. It was a proud moment. Today I am trying my hardest to effectively parent my child without getting up from the couch, while thinking about how good it would feel to just go ahead and vomit already, my God. UPDATE: I just did, and it was everything I dreamed it would be. Read more →