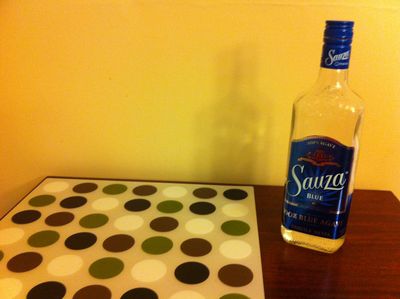 Hello! I am a bottle of tequila. Well, half a bottle, but WHO IS COUNTING? Tequila is not interested in your math, Tequila is interested in getting Tequila's friends out on this placemat dancefloor for a Cinco de Mayo party.

No, we have no firemen, or kittens, but I will promise you this: NO ONE WILL BE WEARING A SHIRT.

Oh look! Tequila's guests are arriving now. As always, I have invited a diversified mix of attendees to guarantee a wild, unpredictable time. 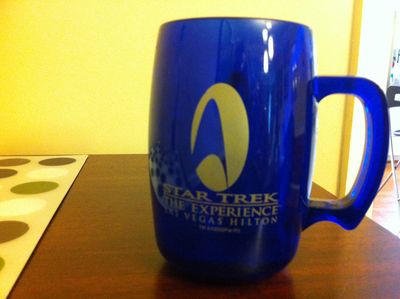 Blue Mug always arrives early and then stands around staring awkwardly at the punch bowl. He doesn't get out much and mostly just wants to talk about Star Trek and Game of Thrones. However, if something were to go wrong with the sound system, he is your guy. Can Tequila help him have a good time tonight? Oh. Oh yes. 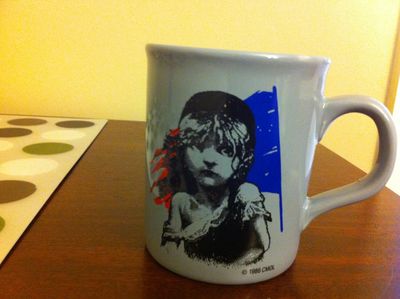 Total drama queen, this one. But such a dancer! 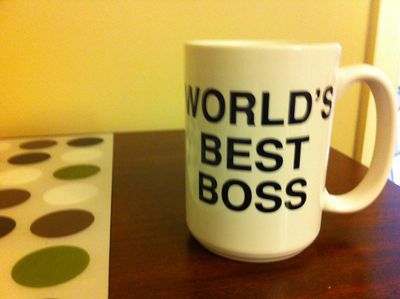 Some might say I am crazy for inviting my boss. Perhaps I am. Such is Tequila. I make bad ideas into good, and good ideas into OMG WE SHOULD TOTES ORDER SOME TACOS RIGHT NOW. 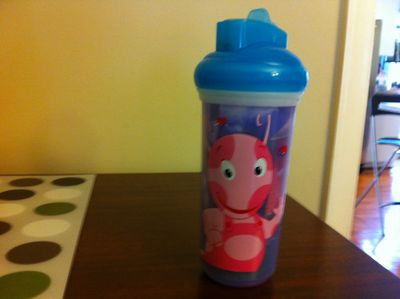 Ah, you see Tequila's plan now, no? World's Best Boss Mug will most certainly come out of his shell when he meets Insulated Flip-Top Sippy Cup. She is young and vibrant and teaches measuring cups to read in her spare time. She is also spill proof! The perfect woman, really. 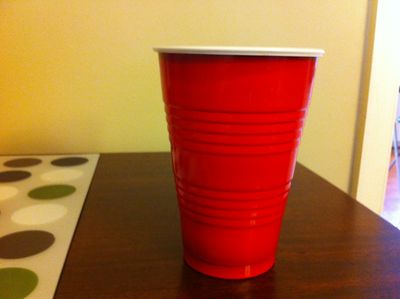 No party is complete without Red Solo Cup, obviously, but I know something even better: Frat-house antices aside, he and Blue Mug have much in common, over which they shall bond, share some drinks, and leave the best of friends. 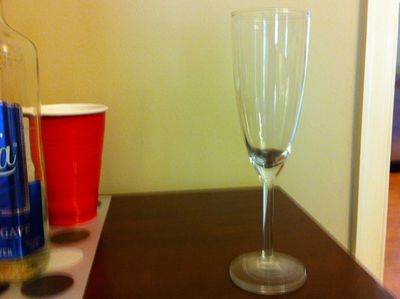 Champagne Flute may, at first glance, come across as a bit of a snob, but Tequila knows her roots are much humbler: $4.99 for a pack of six at Ikea. Tequila will never tell, though. Tequila is a rogue, but always a gentleman. Ah, my old friends. I go way back with these two, obviously. Let us not speak of the fact that they also, a long time ago, came in a pack of six. What happened to the other four?

Tequila happened. Also that tall human girl who talks with her hands a lot. 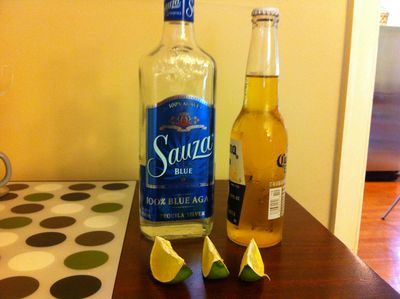 The three little limes shall regale our party guests in song before going off to bed. Broadway Souvenir Mug will especially enjoy that, I think. 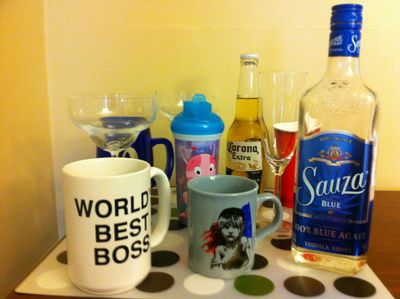 Hmm, I think we are all here, but is someone missing? 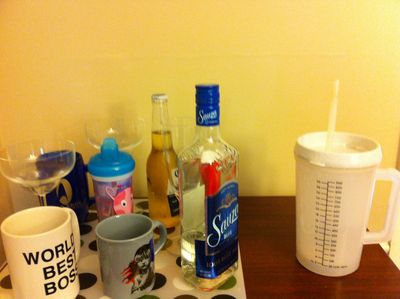 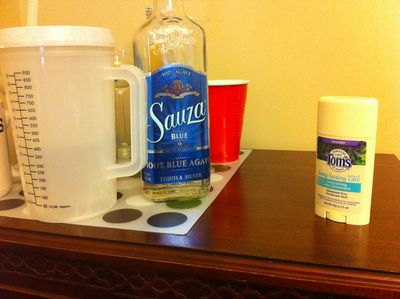 "Heeeey you guuuuys. I brought hummus." 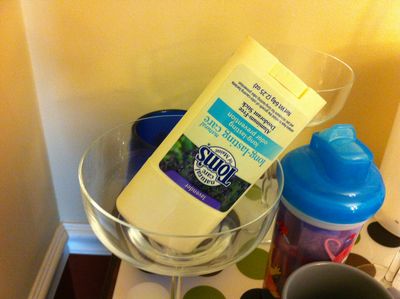 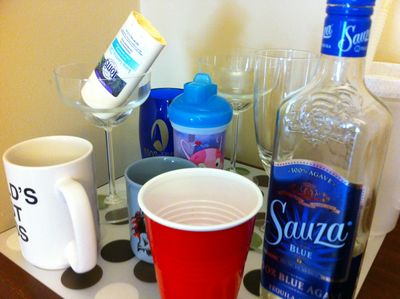 (Or so I've heard, having never been to one before. Hence my response to Sauza's request for a sponsored Cinco de Mayo post being about imaginary party guests I found in the dishwasher.)

(And the beer. Which is sadly absent in that final shot because I made margaritas before making sure I had all the photos I needed. Shocking, right?)

(If you would like your own dishware party with our fine friend Tequila — or with actual human friends, IF YOU'RE WEIRD — there's a coupon on Sauza's Facebook page. Woot.)

Laughing so hard at the hospital cup and the deodorant saying "Heeey you guuuuys." LOLOL.

I not-so-secretly love all of your deodorant wars posts. They make me giggle on days where my kid gets to school late, the AC doesn't work and I haven't had breakfast yet.

So random but still funny. I cannot believe Sauza wanted that kind of post. TOO FUNNY

Ever since then, when I've gotten deodorant coupons, I considered trying to send them to you so you could acquire more :) I'd never heard of Tom's of Maine before that. I finally made the switch a couple months ago.

Only... my deodorant disappeared last week. I can only assume she's on her way to your Cinco de Mayo party; hitchhiking, no doubt.

I bet this is the best sponsored Cinco de Mayo post that Sauza gets.

@Whitney-- if they didn't want that kind of post, they wouldn't have asked Amy to write one.

This is the best Sauza post evah! It makes me think I should throw a hospital-cup-required party.

I know you're going to be jealous - my hospital cup has a ribbed straw. (Which I think is to make it more bendy or to make sure it doesn't come out of the hole - but really just makes sure that you can only drink water out of it because mixed drinks tend to leave weird sticky spots in ribs which are impossible to reach.... I've heard.)

Hands down, THE BEST sponsored blog post I've ever read. I don't even drink tequila anymore (we broke up in my 20s), but I think Sauza's brilliant for having done this engagement with you. They should make it into a SuperBowl commercial next. Hilarious! Genius!

Tom's deodorant won this post. I don't know what it is, but the deodorants are never not funny.

Man I wish it were tequila o'clock over here!

OMG! I *love* deodorant wars, and this post made my day. You are brilliant. Also, this makes me want to try Sauza tequila, because this is hilarious!

Loved this! Too cute. The fact that they wanted a post like this makes me really want to use the coupon and buy some tequila!

Oh dear God! LMFAO at work with tears streaming down my face! I believe I need a date with Senor Tequila tonight!

It's...it's like the researched you or something. Because that was one of the more off the wall requests I've seen. And completely expains the pictures from Saturday night. Sr. Tequila partied *too* hard, eh?

That was awesome! And I have the same placemats/dance floors at my house!

Is it just me or did Tequila have a voice reminiscent of Antonio Banderas?!? I TOTALLY heard it in my head when I read this. LOL
And the fact that Tom's showed up at the party...well, of course he did. LOVE THIS!

This is officially the best post of the month. And May just started. You won't be able to top this. However, I'm totally game for the "Cinco de Mayo: The Hangover" edition.

Thanks for the laugh. My work week really needed this!

Last time I had a very good drink, I ended up with twins nine months later :-) (vodka)

In the good "I'm laughing really hard" sense, not in the "DAMMIT IT'S NOT REALLY FRIDAY GET ME THE SAUZA" way.

Ps- I've heard that sippy cup totally ditches her cover when there's too much alcohol involved.

Love it! I also heard Antonio Banderas as the voice of Tequila. I can't wait to see what happens next.

This was excellent! Sauza should dedinitely make this into a video.

HOSPITAL CUP. I actually laughed out loud. You brought hospital cup to the party.

OMG!! Antonio Banderas was totally the voice of the tequila!! I love the sippy cup came to the party. What a naughty cup.

@Andrea -- I, too, heard Antonio -- or perhaps it was the "Most Interesting Man in the World."

Amy, you know how to rock a sponsored post.

I think Momma was a little tipsy when she wrote this. Brilliant.

She teaches measuring cups to read in her spare time? Oh my God, you're funny. And everyone else is quite right--this is the best sponsored post ever. The Tom's of Maine cameo just *made* it, too. Speaking of which, why have the deodorant folks not been pounding down your door to give you money the last few years? We ALL know the deodorant posts are gold.

Holy shit. That is EPIC. I literally spit my coffee out when Tom's showed up. Well done.

Haha! I'm still wondering what happened to the other four margarita glasses, Tequila. What did you do?!