Zero to Ezra in Five Photos or Less 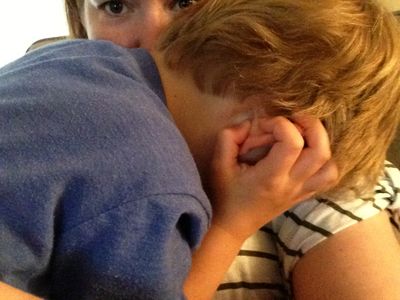 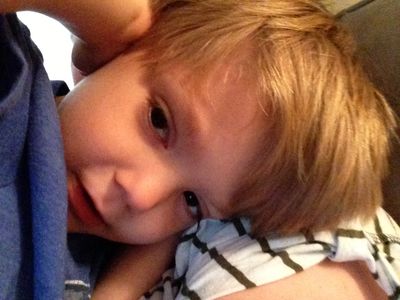 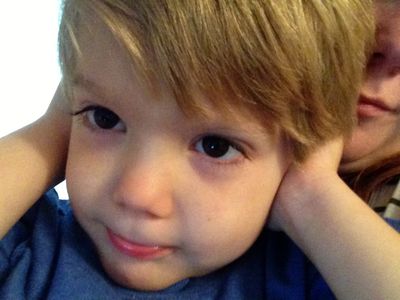 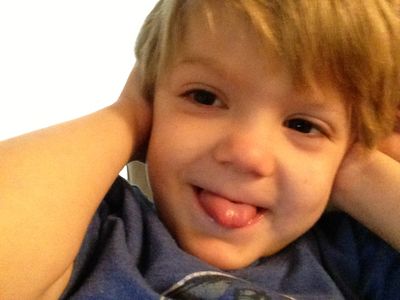 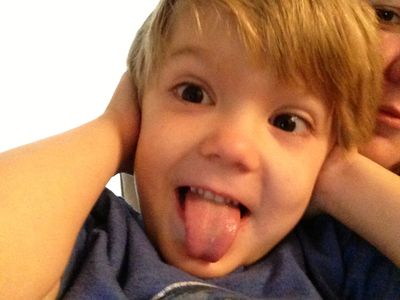 Hey Ezra. Glad to have you back.

(Ezra and Noah are attending swim camp at the YMCA for the next two weeks, by the way. This is officially Ezra's first time at a Real Big Kid Camp, With A Real Lunch Box And Everything. Have you ever sent your child off someplace new and then spent the entire day half-expecting the phone to ring so someone can berate you for sending a woefully unprepared infant out into the world by himself, you negligent monster? And then you're kind of surprised when the phone DOESN'T ring because he's probably doing just fine, but you maybe wish it would ring, because otherwise how are you going to know if your baby was able to open his water bottle by himself? Because you bought the wrong kind of water bottle at Target — the kind with a screw top instead of a flip — and it's been bugging you all day, and does he know not to throw out the ice pack and the plastic Goldfish container? God, how could you have forgotten to prep him about the ice pack and the Goldfish container? Poor middle child, getting tossed to the swim camp wolves like that, he's probably running around parched and drinkless, with a swim shirt stuck on his head because he can never get them off by himself, because in my neurotic fantasties there are no capable adults present because I AM THE ONLY CAPABLE ADULT. EXCEPT WHEN IT COMES TO BUYING WATER BOTTLES.)

Please, will you tell my kid to BRING HOME the icepacks! We go through them faster than graham crackers around here.

totally identify. how about dropping your 18yr old off at the train station for the 30min ride into NYC for his summer job and obsessing about him getting there ok? even though he worked there last summer and just finished his freshman year year in DC where he managed to navigate his way around on the metro and back and forth on Amtrak. "will he remember how to buy the weekly ticket out of the machine? will he remember to buy a peak fare round trip? will he remember how to walk to the office, which exit to use out of Grand Central Station? etc,etc" it never stops, no matter what age they are! :-)

The baby is 10 years old, and at Boy Scout Camp for the third year in a row, and I'm obsessing...did i put sunscreen in his bag? Is he using it? Did he eat his lunch? Will he lose his underwear again this year? (honest to goodness, he lost his underwear last year in the midst of changing for/after swimming.)

I dropped my 12 year off at art camp just down the road from my house this morning and I've been waiting for the phone to ring. I'm wondering if she liked what they have for lunch. Is she being respectful? Is she having fun? Just wait until the tween years....

And mine is going to overnight camp and I'm scared I'm going to get the call..come get him we can't handle him.

I'm hoping since he's a bit more mature, is on different meds, and understands that this is for his benefit (not too mention this is the 3rd time he's done overnight camps!!) I won't get that call. And this Momma..she's in need of a break since Dad is deployed. LOL

Totally waiting for the phone to ring. Grabbed it in a panic when I saw the local area code but it was last week's camp apologizing for not returning something on Friday. So many camps, so little information about how the day will go to prepare my not-so-little guy.

Timely post! Just dropped my dude off at 1/2 drama camp at Imagination Stage (I mention cause I think that might be in your area) They have a special needs coordinator who emailed me a social story with photographs of the building, the x's on the floor, what some of the activities look like, and a schedule and some of the materials to preview the weekend before. If he's not successful at this camp it will NOT be due to a whole lot of awesome trying on all the adults parts.

I dropped off my baby girl (8 years old, and 4th of 4 kids)at science day camp today. It was the first time she was out like that without an older brother to look after her. And while I WAS thinking myself a horrible parent for sending such a little thing off to fend for herself in this big, cold world, once she was out of sight I was fine, knowing she was well taken care of.
What surprised me was how quickly and how much I missed her. Even with her brother here giving me more attention than I needed. I still missed her, and I think he missed her too.

That face. I'd miss himz too (and I still jump occasionally at the sound of "funder" as Z says). We are campless this year. Everything was full by MOTHERFUCKING MARCH so we're winging it for the 12 and 9 yr olds. And calling in all the grandparents to do a rotation of movies, pools, museums, the library. (Hopefully we have a spot for the boy someplace, though. Someplace with no adult capable of making sure he can open the damn container that even I struggled to open this weekend. BECAUSE I KNOW I'LL GIVE IT TO HIM ONE DAY.)

Here is some unsolicited advice : instead of using icepacks, freeze the kid's juice box or water bootle (reusable or otherwise). By the time lunch rolls around, the drink is liquid again, and the lunch is still cold! You might have to experiment a little to figure out how much frozen liquid is needed in the juicebox for best results.

My mom told me to be careful this weekend when I said I was going to the pool. I'm 36. I think it's a kneejerk reaction.

I love Ezra-themed posts. He is such a cutie - those pictures are priceless.