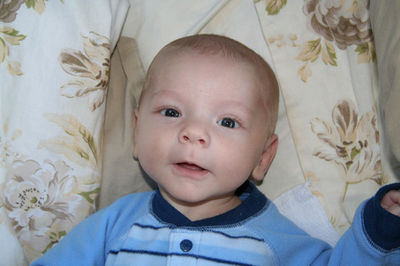 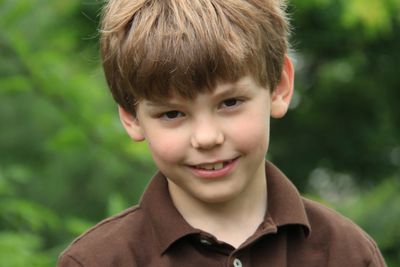 Is now this kid.

I sat down on Friday to cull through the year's photos and video haul — that's probably my favorite part of the yearly montage tradition, looking back on the year and trying to pinpoint when their faces changed and their limbs stretched out — and after a few hours of half-hearted editing I realized that there was just no way; that eight might be the year to stop and figure out something else.

All my video of Noah has its own soundtrack now — there's no little pop song that's going capture Noah's year better than his own retelling of the Legend of Mister Dooknob*, or top his rendition of an original song, sung at the very top of his lungs from under the dining room table; even if it really is just him singing "stunkadilla, stunkadilla" over and over to the tune of Jingle Bells, while his little brother beats out the rhythmn on his drum set nearby.

What's a stunkadilla, I ask from behind the camera.

YOU'RE A STUNKADILLA, is the answer. 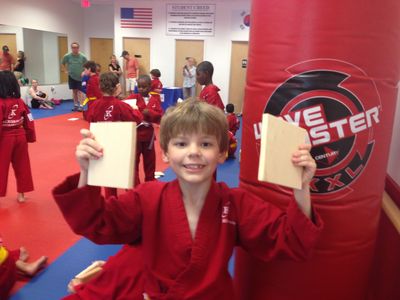 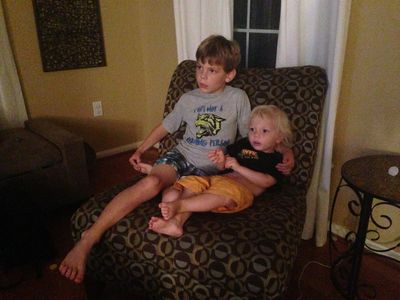 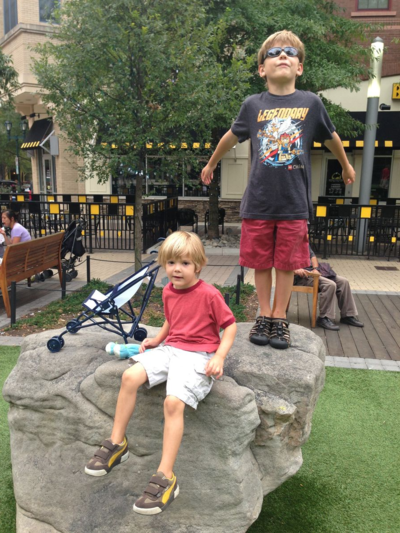 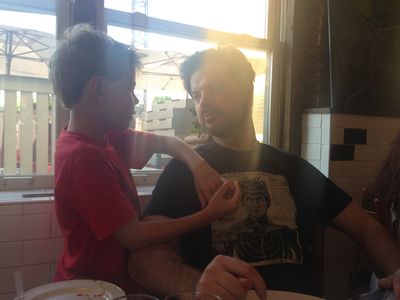 Happy birthday, Noah. You are officially too big, too much to ever describe in three minutes of video, or in all the blog entries in the world. But thanks for letting me try.

*Mister Doorknob lives on, in a special place of honor on a special shelf. Mister Woodchip is there too, along with some framed fingerpainting and other assorted ridiculous treasures. I will never, ever get rid of any of those things.

Happy birthday, Noah! Wow.. have I really been reading you THAT long? I started long before even Noah was born.

Also, note to Ezra: Those grown up, gangly boy legs? NO. NOT ALLOWED.

Happy birthday to Noah! Wow, he has really turned into a mini-Jason, hasn't he? Handsome boy!

I was going to post how he used to look exactly like you in that pic on the side bar and now he really looks like his Dad - but someone beat me too it :)

Thank you for sharing him with us! Congrats on 8 years Noah!!

Happy, Happy Birthday, Noah. Can't believe I've been reading you for over 8 years, Amy. Thank you for sharing your wonderful family with all of us.

i don't believe he's actually 8 because our babies are supposed to stay babies. ah, life.

Happy birthday, Noah! Guess that means I've been a reader about 7.5 years. :D

Happy Birthday, Noah! Hope you have an awesome day!

Happy birthday to an amazing and not so little boy!

And OMG, someone has stretched out your children's legs! They cannot possibly be that long already.

Happy Birthday, Noah! I can't believe it has been eight years since he was born.

Happy birthday, Noah! You are such an awesome, impressive kid!

I hope Noah has a day filled with grins, giggles and something a little gross (because that's the perfect recipe for a 8 yr. old boy's birthday )

Why are your babies getting all big and grown-upitty?

thank you for sharing with us about his life.
it's pretty awesome!

Happy 8th birthday Noah! I've been reading your blog for about 7.5 years, came across it somehow when I was googling how to bring labour on and have read every post since! It's been lovely watching your boys grow up and your experiences with Noah especially have helped me with my own son. My daughter is a couple weeks older than Ezra so they are at the same stage too. I feel a connection with you, a stranger across the other side of the world, who doesn't know I exist, but I think that's what's kept me reading and I look forward to your blog for years to come.

Wow. I remember reading way back when he was a baby, and just - where the hell did the years go, man?

But it's so wonderful to see him growing up.

Eight? My eyes are tearing up. Love you all!

Happy birthday, kid. Why is everyone getting so loooong and tall?

Also, my kid has a fake severed plastic hand (for Halloween. Or, you know, for recreational use) he calls "My friend Handy." Don't ask.

Happy, Happy Birthday Noah. So sorry to miss your party this weekend. I have a feeling you are going to rock 8!

Happy birthday to your little man!

And for future reference, a stunkadilla is something we regularly hit on the highway at night here in Texas...it may be a skunk, it may be a dillo, but either way it's going to smell.

I don't know how you ever managed to do a full year in 3 minutes. My yearly videos of my daughter are usually around 20 minutes long. Of course, I'm the only one willing to spend that much time watching them.

Dude, this is totally stalker-ish but I don't care... I've been reading since BEFORE NOAH WAS EVEN BORN and now he's eight??? How could you let that happen?!
Happy Birthday, Noah, thanks for teaching a bunch of us lots of things!

To fully capture the essence of him, the reality of 8, you're damn right you'd need more posts, more video, more time. Most importantly, though, the colonial man's face is giving me life right now because "these tights are bullshit."