No One Can Resist My Treat-y Balls

Snowing again. Schools canceled. My belief in my snow-repelling snowpant purchasing powers officially debunked. There is at least one child screaming his head off downstairs and I don't care. I can't care.

ARE YOU BLEEDING? NO? BACK TO THE HOBBIT HOLE WITH YOU.

The weather yesterday was quite lovely, so we at least got to take the boys to a playground for one last shot of Vitamin D before we were once again trapped in our home, as the DC metro region once again screeched to an hysterical halt in the face of a quarter-inch dusting of snow.

(Okay, we're probably going to end up with a lot more than that this time, but still. Let me wallow in some cantankerous hyperbole for now. The federal government shut down and my husband fed our children leftover chocolate doughnuts for breakfast.)

The playground was pretty fun, at least? 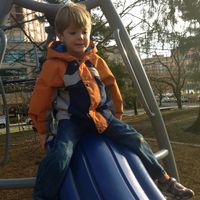 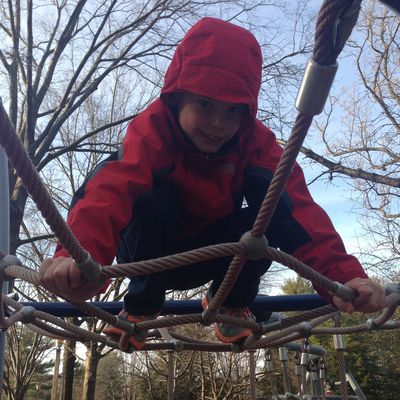 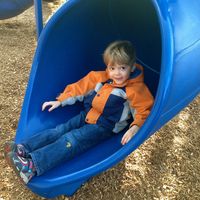 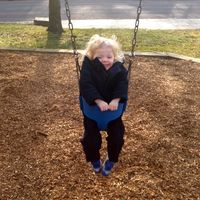 Ike even insisted on having a go on the big kid swings... 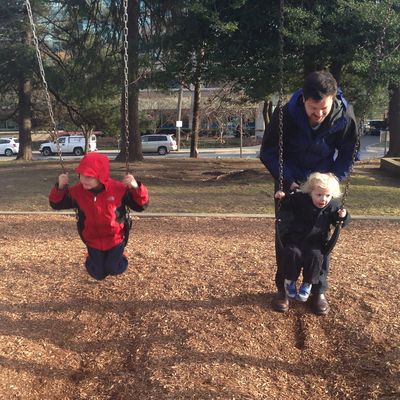 ...a decision I sense he regretted fairly quickly. But overall, it was a successful and utterly exhaustifying outing. 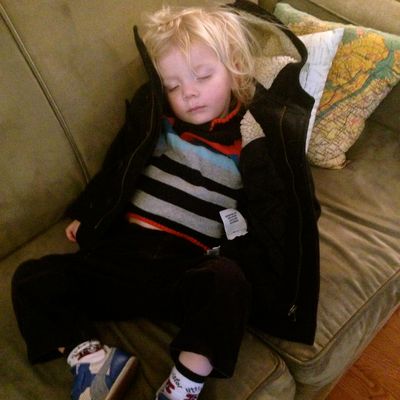 (Also also, we need to talk about Ike's hair, yes. Like in excruciating detail. Maybe tomorrow?)

(Look at me, giving you reasons to live, and stuff.) 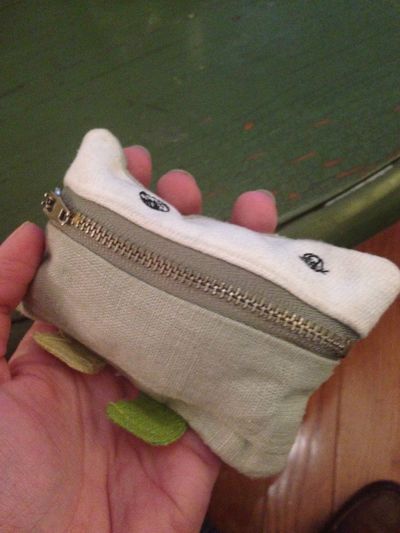 It is alarmingly warm and...squishy feeling. 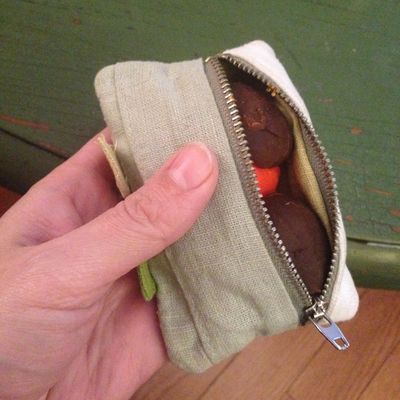 OH SWEET GOD IN HEAVEN WHAT IS THAT? 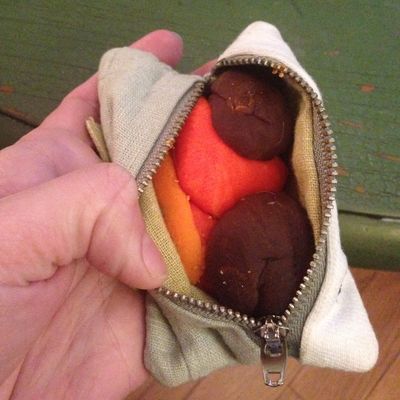 Oh, it's just Play-Doh. We have not yet sunk to full cabin fever insanity levels after all.

According to Ezra, these are "Treat Balls." They are made out of  "sugar, cinnamon, carrots and wine." 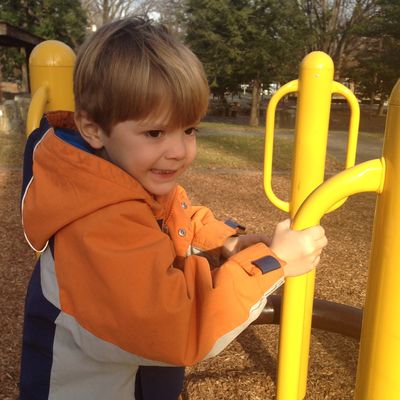 /for real he said that

//is totally going to invent the next cronut, one of these days

I wants a Hobbit Hole!
butnosnowthanks,treatballslookgood,though.

I'm sure you're too young - but chocolate donuts for breakfast reminded me of a hilarious stand-up routine Bill Cosby used to do about feeding the kids chocolate cake for breakfast. You might google it if the cabin fever reaches dangerous levels.

I hope the hair discussion is on the table- my "Ike" (Cale) has the same hair, but 6 mo in the future...I am feeling the intense outside pressure to (gasp) cut it. Don't know what to do...

Snow days... I remember those from the early 70s when I lived in Valley Forge... then there was south Florida for thirty years and now over a decade in the SF Bay. Hmmm, snow is not something I can even imagine having to deal with on a regular basis so my heart goes out to all of you having to suffer thru this season. Cannot imagine having to drive in it. <3

I live in Portland, OR and every time we get a dusting of snow the entire city shuts down. It's ridiculous--you'd think it was the storm of the century when in actuality it's not even a 1/2 inch. Thank you for continuing to make us all laugh and I hope the Hobbit Hole has a box of wine hidden in it!

As someone who lives in a place that has had snow on the ground for about 6-8 weeks, my son would be totally jealous that there are places with the option to go to the park at this time of year.

But I will say if you live in a regularly snowy place everyone deals with it better just because they are used to it. So no snow days sucked as a kid but is kind of awesome as an parent due to the lack of cabin fever.

Where in DC do you find such a great park with playground equipment?? I was visiting this past month and was shocked with the lack of playground equipment, especially swings on Capitol Hill. The nearest park where I was staying looked like a toy graveyard from former children, it was sad, to say the least!

If the talk about Ike's hair in *any* way involves a decision or a thinking about or a maybe gonna *cut hizzz hairs*, then I don't wanna play that game, I won't read it, nope not even with that lame-o excuse NOOO! I will send moniezzz for extra shampoo and detangler, if that's the issue.

I'm totally looking forward to what you have to say about Ike's hair. My 20 month old son has had 3 hair cuts already mostly because I spend enough time on his sister's very curly and thick hair. I don't want to deal with his tangles.

I wasn't sure where to message you, so thought this was the best place. I know how much your kids love Lego and I work at WB in Feature Film Publicity and would like to send you some of the Lego stuff we've done for The Lego Movie (study guides, the movie poster, etc.) I assume you don't want to give a stranger your address, but maybe you have a PO Box or something? I've put in my work email above if you'd like to write me there - and also so that you can see I actually work for WB. :-)

The boys are going to love the movie - saw it last night w/my 8 year old and we laughed...a lot.

I hope to hear back from you,
Robyn

I am waiting on tenterhooks for the Ike's Hair entry. Anticipation, a bit of fear, a bit of excitement. Because his hair is so completely different from any hair that runs in our family that it is just fascinating. And beautiful. And I guess it has to get cut sometime? (But it doesn't really, does it?) Terribly curious how you're thinking about it/managing it/all that.