1) Ike's third birthday is on Sunday

b) Buy Ike's birthday present Figure out what he is even talking about when he says he wants a "pirate treasure" for his birthday, then buy whatever the hell it is, provided it is not, in fact, an actual pirate treasure because I'm trying to keep things under like, twenty bucks.

c) Make a cake or cupcakes or maybe just thaw out a couple of those banana muffins I made last week that he seemed to really dig.

d) Clean the house before family descends on us tomorrow and judges the filth.

e) Finish Ike's birthday video, cry about it, post about it, gaaahhh maaahhh baby is gonnnne

2) Next week is insane

b) End of preschool year picnic

c) Wait, once preschool's over my children will, like, be here in the house with me? All day? All the time? That doesn't seem right.

e) One last IEP meeting to finalize next year's code and plan, during which I should probably sack up and admit to his teachers that Noah will be missing the last few days of school and I'm #sorrynotsorry about that, because...

3) We leave for Jamaica next Saturday

b) Meh. I'm actually pretty chill about that one.

Jason has been giving me an alarmed-looking sideeye for a couple weeks now, because I have not

1) Started packing, or even

2) Started making my usual obsessive-compulsive lists about packing, things to pack, thing to buy and then to pack, etc.

Well, maybe that second one isn't entirely true — I started a list, but it petered out pretty quickly. Like:

Very different from our last stateside beach vacations, which typically involve me packing every possible thing that every possible family member might want or need during the week, plus linens and food and five bajillion entertainment options. (Or else they might weep furiously at my failure to anticipate that OF COURSE, they wanted a particular stuffed animal or a specific pillowcase or that the granola bar selection at the local grocery store would be entirely unacceptable.) And very different from the last Jamaica trip, when we were waiting on Ezra's passport up until THE DAY BEFORE OUR FLIGHT. (We have all five in hand this time, and all five are indeed valid, as I have checked the dates at least 14 times.) Because of the passport drama, though, I I basically spent the week leading up to the trip turned inside out from the stress. And packing way, way too much crap.

This time there's nothing to get worked up over. I know that Bluefields has beach and pool toys for the kids. I know that I don't need to pack a ton of toys and diversions for them, since the kids will basically spend all their time swimming or exploring, or sleeping off that special brand of beach exhaustion you get from all that swimming and exploring.

(We're packing a whole bunch of chargers and gadgets loaded up with movies and TV options, of course, because:

2) We're not stupid, like you expect just because there's a nanny we won't still require the services of our electronic babysitters?)

I know that Bluefields will indeed be able procure acceptable food and snack items for even our pickiest eater. They will DO OUR LAUNDRY, both as needed while we're there and again in bulk before we leave, ensuring that we'll arrive home with suitcases full of nothing but cleaned and air-dried in the Jamaican sun clothing, instead of funky mildewed bathing suits and a shitload of loose sand. I know that the only person I need to dress for is Jason, who will not judge me in the slightest if I spend the entire week going barefoot while wearing the same comfy sundress. I know that there's no point in getting my roots done ahead of time, because the color will just get trashed in the pool and again, WHO CARES. LET THE SUN AND SAND AND CHLORINE DO WHATEVER IT WANTS. I'M IN JAMAICA, BITCH.

(I should probably add "get a bikini wax" to my to-do list, however. Because yikes.)

Noah wants to bring his notebook to draw comics in. Ezra wants his babies and his chef's costume. Ike wants...I don't know what he wants. Pirate treasure, apparently, albeit a pirate treasure that has nothing to do with any of the pirate-related toy options I have shown him over the past week.

So maybe I'll just pack him a couple bathing suits and tell him we'll find pirate treasure in Jamaica. And then like, have him pick out a really cool rock. Happy birthday, baby!!! 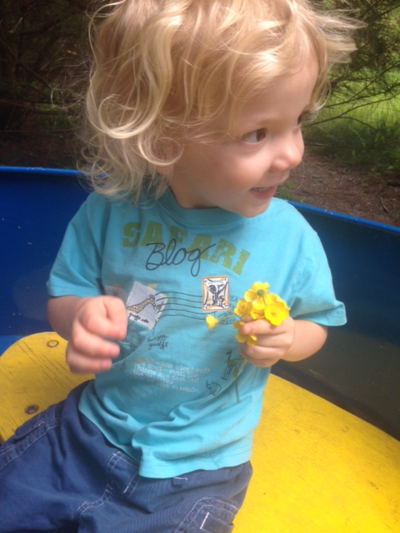 Noah missing the last week of school is a big who cares? I'm pretty sure Michael is doing nothing except he had more hw last night than he has had ALL YEAR COMBINED. Which kind of makes no sense.

I am soooo jealous of your trip.

Sounds lovely and your attitude is so smart! Enjoy chillin' and nappin' while in glorious Jamaica, mon.

HBD to the cute! So hella jelly but I hope you have fun anyway...

So do you have a discount for those Blue Villas for your loyal readers. Because suddenly, I really, really, really want to go. And the idea of a nanny who will watch my kids and wash my laundry sounds amazing.

Voila. I got these for my boys, they love them. Have fun in Jamaica.

My 3 yo asked for a candy cane jack in the box for Christmas. According to my extensive googling, such a thing does not exist - so I slapped a candy cane sticker on the hand of a sock monkey JITB, and PRESTO. He loved it.

I'm pretty sure the Bluefields staff could help Ike discover some pirate treasure...

Pirate treasure needs at least two rocks, that look different because then they're specialer. He better not come back with a haircut is all I know.

My youngest is within a week of Ike, and I love hearing your stories because I'm always like OMG yes...mine does that too...and I forgot all about that from the first one.
Anyway she's been requesting very pointedly a doll house and a robot (?!) for her birthday. So I've been on the hunt for a cheap doll house because damn they're pricey and who knows if she'll even play with it. I did get this adorable wooden robot off amazon. Anyway Jamaica sounds awesome. Have fun!

You ma'am are a liar mc-liar-pants because BABY Ike was just born and could not possibly be 3. So there. HMPF!!

I was watching a DVR-d "Love It or List It" on TV recently - Kim and Brad, I think, were the homeowners. Brad ran an in-home daycare, and there were a couple of shots in which I swear Ike was one of his charges. Is that possible? If it's not Ike, you may want to look for the episode anyway because there's a small boy out there with hair just like Ike's.
I hope you have a wonderful time in Jamaica, and happy birthday to (how is it possible that he's already 3?) Ike.

His cuteness is almost unbearable. Happy Birthday to him and happy Jamaica to all of you!!

Don't forget the baby powder to get all the sand off the boys. The absolute best tip you every gave!!! I keep baby powder in the car just in case!! Have a blast!

My turning-6-in-two-weeks daughter just told me that for her birthday she wants "a robot who will play with me."

There are two year old twins in the toddler room with clouds of blond curls. Everytime I see them, I think, look! It's the Ike twins!

I bet if you ask Noah or Ezra, they could tell you what Ike is asking for. I've had this happen a bunch with my two.

It's probably too late now, but maybe he's talking about the Playmobil Pirate Treasure set.

Did you figure out the pirate treasure? I was seriously lying awake last night wondering about this.

When my brother was little he wanted pirate treasure. It turned out that meant gold coins (AKA Poker chips spray painted gold). He also really liked the wooden cigar box we put them in.