I don't think he can quite believe it either. 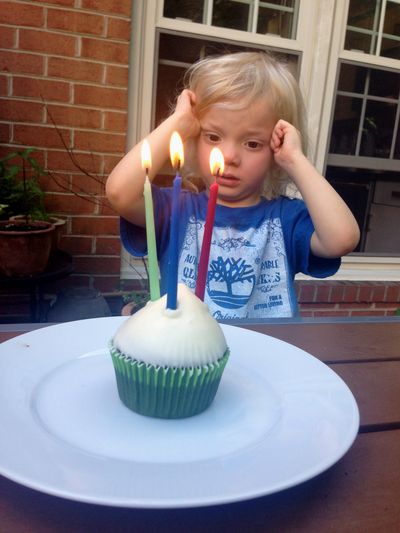 It is kind of a lot to handle. 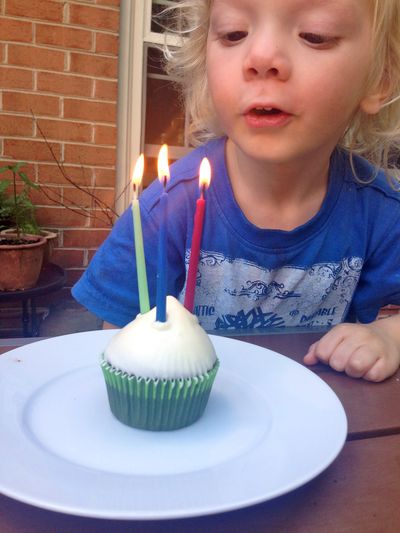 We never figured out what "pirate treasure" was, but in between the day in the backyard with family and friends, the bubble machine

, endless watermelon slices, barbecue chicken and corn on the cob and rolls (ROLLS!) and a ton of superhero and dinosaur-related gifts, he never asked about it. 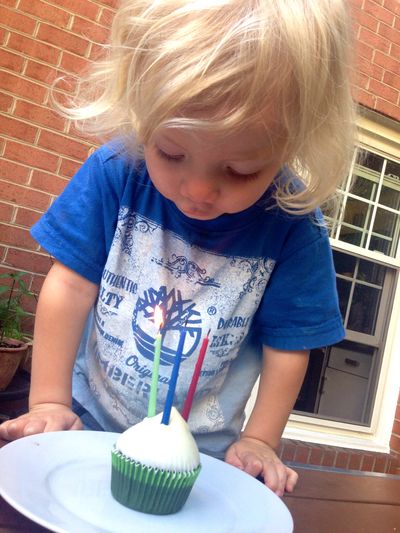 He did ask for his birthday A LOT, however, from the moment he woke up until this moment right here. Where's my birthday? I want my birthday. 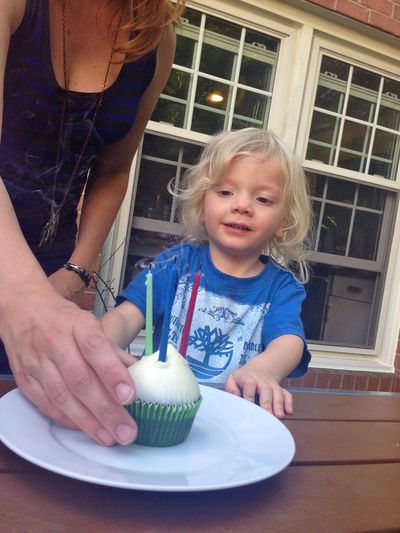 "My birthday" = a cupcake. Naturally. 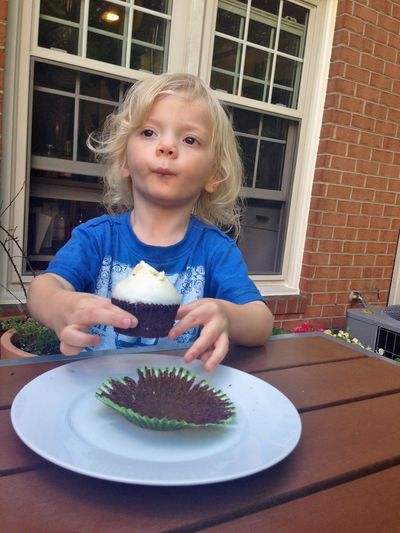 He skipped his nap. He spent all day outside, running, jumping, shooting water guns, chasing bubbles, hitting whiffle balls, and trying to climb his first tree. 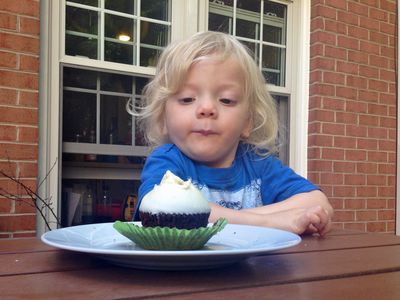 I'm just surprised he managed to stay awake and not faceplant right into his birthday.

But no, he powered through pretty admirably. He liked his birthday a lot, he said.

I did too. I liked this whole year a lot, actually. Still-and-Always Baby Ike, you're a wonderfully awesome, great big kid.

Music: When Can I See You Again, by Owl City (from Ike's all-time favorite movie and soundtrack: Wreck-It Ralph

Mission accomplished. Tears in mah eyes! I'd probably be blubbering if I knew you IRL. Baby Ike and his curls 4-evah!

when did he get so big?

Well done, Amy. Seriously, you always pick the best music. I love your videos. What a cool, amazing kid Ike is.

You've conditioned me so well, Amalah, that I started tearing up just clicking on the video! I'm like Pavlov's hormonal dog over here. Happy birthday Ike!

My little Lover of Rolls is about to turn three, don't even get me started on the tearing up...

He is magical, that one.

I've been watching your birthday videos forever and they are the best. Seriously. I might need to hire you to do some for me. Ike is awesome. Still love the dramatic hair brushing!

Aw, happy birthday baby big boy Ike! Next year, make dad take some videos so we get to see mama. Thanks again for sharing your beautiful family.

Happy Birthday baby Ike. I can not believe he is 3.

So, so beautiful. What a gift to give your kids when they're older. My intentions are to always maintain a photo album memory book for each of my two kids; my oldest is now 27 and I haven't done squat as yet. This video may just be that catalyst....

I love your videos too.. Always great! Wish I was as talented as you:) Ike is adorable!

Well you made this pregnant lady cry! A very happy birthday to Ike!!

Awww, Ike. I want a birthday, too!

How is it possible that he's three? I swear the internet makes time fly by faster.

Your birthday videos of your kids always kill me dead. Such great kids, such an amazingly happy family! Thank you.

You are one lucky mom. He seems like a great kid...baby.:)

That hair! Could you just die?

Oh my ovaries. Please please please make him stay three... ok, maybe not. I miss the littles so much--I have a non-communicative 13-year-old who only snarls at me, though I do have a lovely 8-year-old who still thinks I'm the best thing since sliced bread, but .. I can see the writing on the wall. I want my babies back!

Your videos are always so beautiful, and yes, you pick the best music!

He is absolutely adorable. However, he needs a haircut. I don't really get why you think that hair is cute. Do you want a girl? Even with a girl, I would cut it into a nice style. Seriously, put your attachment to it aside think of him. He is a 3 year old precious boy and deserves to look like a boy.