Jason and the boys are pretty into the World Cup. I am...sometimes in the room while the games are on. I can appreciate the whole thing — especially if we're out viewing it at a family-friendly dining establishment that boasts an excellent beer selection and decent fries, so I can feel like we're all bonding while also stuffing my face for 90+ solid minutes — but my overall enthusiasm for/interest in soccer remains at this level:

But watching the games has definitely sparked the boys' (previously tepid-to-nonexistent) interest in the game, and they've been dragging the soccer goals and ball out regularly for their own World Cup tournament. 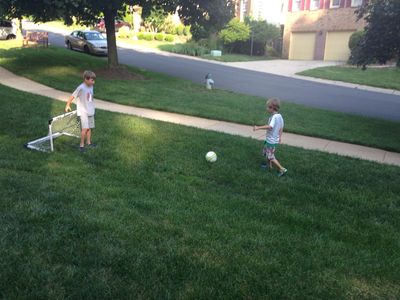 This is the World Cup, BTW: 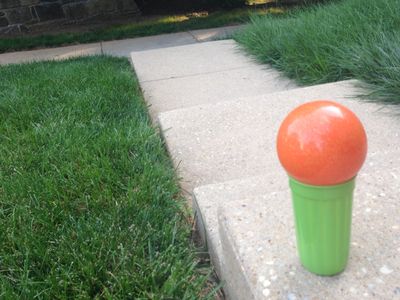 (I also like how Ezra insists on wearing a proper soccer jersey, but neither of them will listen to my suggestion that they wear proper shoes, no matter how many times the stupid Crocs go flying farther than the ball.)

The competition is fierce, yet wildly, unevenly matched. 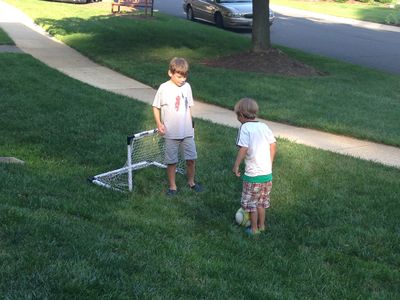 The concept of letting your little brother score just one measly goal, come on, man, have a heart is not one that Noah is familiar with or interested in, like many big brothers. 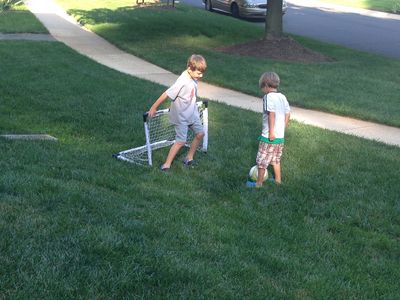 But Ezra has definitely picked up some new techniques after watching the pros. 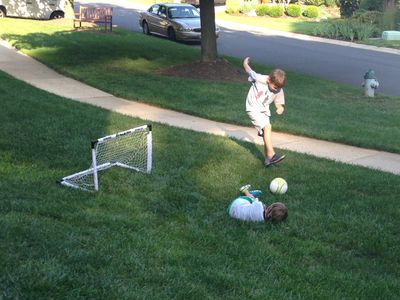 "HIS FOOT TOUCHED MY LEG. MY LEG IS BROKEN." 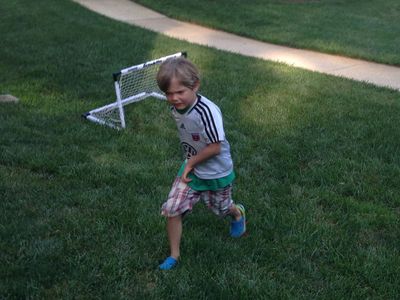 Unlike some of the World Cup refs, I did not reward his dramatics with a favorable call. So he quit. 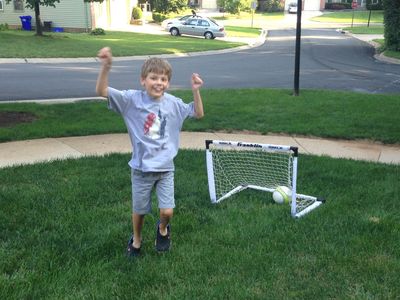 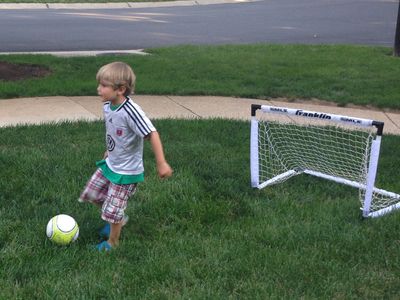 My older brothers had no heart, but I was really good when I started playing with kids my own age, so maybe it'll be good in the long run?

My three year old daughter was similarly impressed after watching a World Cup match. We called up some neighborhood friends to meet us at the park (as she is an only) and all was exciting until we actually got to the park and my daughter realized the other kids were going to kick HER soccer ball and then there were tears. And she sat on the ball while the rest of the kids ran off and played on the swings. Parenting fail.

LOVE that trophy! It's a CUP! For the World CUP! And it's design is so simplistic, yet artistic and OMFG I'm dying.