Yesterday afternoon was Ezra's end of year party slash kindergarten graduation. I'd possibly be more SUNRISE/SUNSET about it if the highlight hadn't been 20-plus 5- and 6-year-olds performing a parody version of "All About That Bass" called "All About First Grade." Not exactly an event dripping with pomp and circumstance.

Ezra only seemed to know about half the words, but he performed with extra sass and hand gesture flair, and added an extra booty shake at the end for good measure.

There was also a slideshow about every child's favorite thing about kindergarten. Ezra said it was a field trip to the Imagination Stage, and posed for the following photos as an accompaniment. 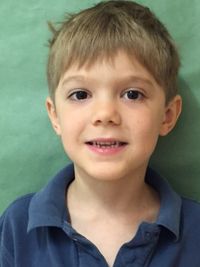 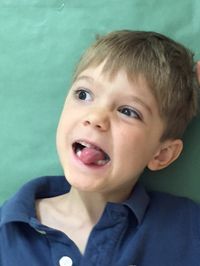 I don't know, you guys, but I'm starting to suspect this kid is maaaaaaaybe a little bit of a ham. I sense some theater camp in our future.

I had Ike with me, who was practically vibrating with excitement beforehand about getting to see Ezra in KINDERGARTEN, in the ACTUAL KINDERGARTEN ROOM, where there would be OTHER KINDERGARTNERS. I've been literally unable to convince this child to change out of his pajamas even once since preschool ended, but yesterday he was dressed and sitting by the front door with his shoes, backpack and jacket on three hours before it was time to leave.

I convinced him to take his coat off but other than that he never really budged from that spot. KINDERGARTEN. 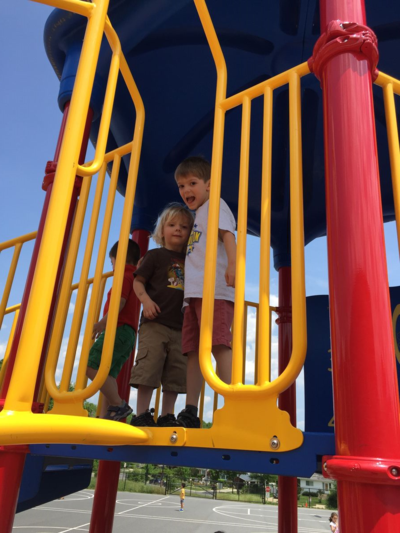 He had a pretty good time. 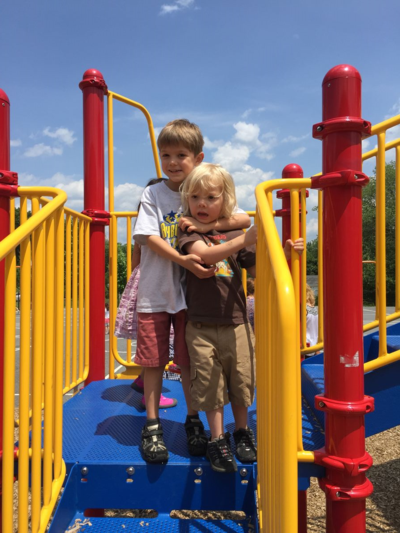 Though he found the celebratory popsicles to be entirely "too cold" (YAY I GOT A FREE POPSICLE) and was apparently under the impression that there would Legos at kindergarten. Because, you know, he never gets to play with any goddamn Legos ever.

Ezra still has school until the 15th, so I guess technically the entire "graduation" ceremony was a hollow sham. But congrats, Mighty Zah, on your first year as a Seriously Big and Ridiculously Awesome kid.

(P.S. I also got to meet a little girl Ezra had once described as his girlfriend "with the most beautiful hair that goes like this," and indeed, she's got some very nice hair. But Ezra then informed me that no, she's NOT his girlfriend anymore, because they decided to be "just regular friends." He now has a different girlfriend in a different class, and this was all news to me. I should probably work on our relationship status communication skills before junior high, because we are doomed.)

That whole girlfriend thing with boys never gets better. My husband knows everything I know nothing about the women and mine is now 22.

I watched a kindergartener pick a flower and ask a girl to be his girlfriend yesterday on our camp field trip. It was cute and gave me all the feels until I noticed his best friend crying because he wanted the girl to be HIS girlfriend. Poor kid. Kindergarten drama.

Mighty Zah a ham??? I do not understand this new word you speak! He will tear it up in first grade next year.

He is such a fun kid! Mount Vernon Community Children's Theatre has great summer camps...my nephew has been involved with them since he was four (he's 13 now) and absolutely loves everything they do! http://www.mvcct.org/

Oh my God... Boyfriends in Kindergarten? Seriously? We are two months from Kindergarten. I am so not ready for this...

Congrats, o' mighty Zah. A ham? Nah. Where'd you get that idea?

My youngest's promotional exercise from K to first grade is next week. They're singing the same song they've sung for the past (counts on fingers, stops) few years. My oldest is in 9th and they sang it when she left 5th (so 4! 4 years! I think). It's hilarious to see all three of my kids doing the choreography that also hasn't changed.