Hello! How was everybody's Thanksgiving? Did y'all trample anybody over an Xbox?

(Are Xboxes still a thing? I don't know what the thing is this year. Because all my children are getting is the Xbox we already own, that Ezra broke as a toddler by feeding it Legos. Jason figured out how to fix it, so TA DA! Here's your Christmas miracle, kids.)

(The boys all really, really want an Xbox, but I keep saying NO XBOX because I'm a mom who hates fun and plus you guys broke the last one. I am still saying NO XBOX even now, to their great collective distress because it's ALL THEY WANT FROM SANTA, because I'm ALSO a mom with a video camera who wants an epic reaction on Christmas morning, mwa ha ha.)

(I am also a mom with an upper respiratory infection and goddamn bonus pinkeye right now. This has nothing to do with anything else in this post, but it feels wrong not to mention in because I'm whiny and sad and leaking out of way too many parts of my face right now.)

In honor of Cyber Monday and literally everybody on the planet telling you where to spend money, please enjoy a shameless plug of Everybody Gets Scared, the children's book I wrote for Twigtale, which is absolutely not on sale or discounted in any way today because ROYALTIES, PEOPLE. But it IS now one of the very first titles Twigtale offers in both a softcover and a lovely fancy upgraded hardcover version! 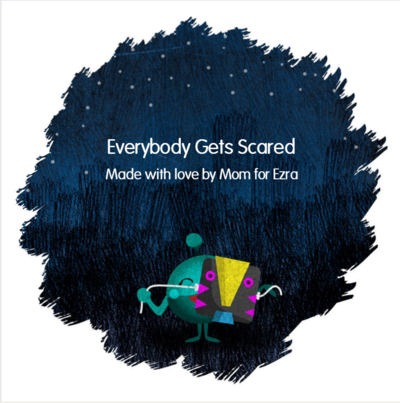 I just made a new version for Ezra, "aged up" a bit, and un-Halloween themed.

He's developed not just a fear, but an almost phobia-like reaction to any kind of bug, to the point where he'll refuse to go play outside and panic at school during recess if he sees a bug and isn't allowed to go inside immediately. Yeah. That is no good. 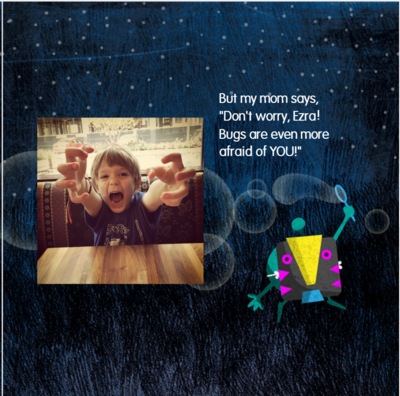 This no doubt stems from the fact that for YEARS, a single mosquito bite would result in crazy, scary-levels of swelling for him, and that even now, he gets bit far more often than his brothers and his welts are unbearably itchy and last for days. This fear then moved on to bees and anything that looks vaguely bee-like, then any bug that flies, or crawls, until this summer we realized the poor kid was running inside at the sight of any insect at all, and wouldn't believe me that butterflies won't sting him. 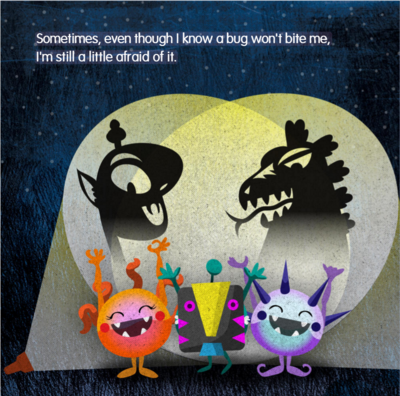 I filled it up with a few photos of Ezra posing "brave" and being silly, and tweaked the text to better describe his feelings and the reassurances we use. (You know, other than "IT'S A FREAKING LADYBUG. CALM DOWN AND GO BACK OUTSIDE.") You don't have to use any photos at all, if you don't have them, but kids definitely get a kick out of seeing their name and face in a "real" book.

Anyway, it would be awesome if you bought a copy. That recycled Xbox ain't gonna buy games for itself, you know.

And now I have to go repeat something a lot less fun. 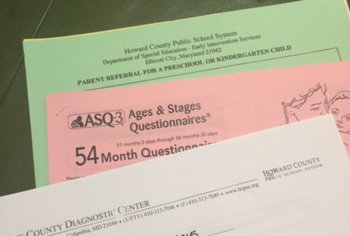 Yours in pinkeye and paperwork misery,

Hi Amy, I started another blog, now in Pittsburgh... we met all those years ago in DC before you had your boys. Take care,
Alana

I think I may have found a small typo in your book, where it says, "I bet even superheroes gets scared sometimes." I think it should be "get," unless it's supposed to be written in a way that a child might say it? Anyway, I thought I'd point it out, not to be mean, but it's something that I like to know about in my own professional writing.

Oh man. My two year old has a new obsession over bugs that dates to a few weeks ago when he very bravely touched a (small, baby) house centipede and I did not freak out. I was like, "yes son, that is a bug." and when he was all, "I touch?" I said, "if you want" and then immediately thereafter he shuddered and ever since then every damn piece of lint is met with, "is it a bug" and his refusal to sit in the tub even when the "bugs" are his own toe lint from his socks, or a hair, or whatever. Ahem. I'm guessing I should buy this book is what I'm saying.

My phobias revolve entirely around filling out the Ages and Stages questionnaires for my children. Gah!

I detest bugs.Any and all varieties. It's quite irrational I know and when left to my own devices will kill them with hairspray and a shoe (not mine)but would rather have someone else do it for me. Perhaps I should get the book for myself.

Until my husband pulled a TICK out of my neck this weekend, I wouldn't have said I have a huge fear of bugs, but now….

I agree with Ezra, bug stink (especially stink bugs - ha!). Have you ever used Avon's Skin So Soft lotion or oil on him? It's supposed to be amazing for mosquitoes and a general bug grossness repellent. Anyway, maybe like others have said I should get the book for myself! Bugs. Ew.

I had pinkeye twice last year and never knew before that about the major side effect of pinkeye: bitchiness. I don't think I had been that grouchy since I was a million months pregnant in the summer. Hope you feel better soon!

My now 17 year old is afraid of bugs. At around age 9 she tried to crawl out of our jeep as we were doing 60 down the highway because there was a little black bug on the back seat. We immediately scheduled her for an appt. with a psychologist to work on appropriate responses to that fear. She's a bit more rational now. Good luck!!!