Home Archives About Subscribe Advice Smackdown Tip Jar
Sunrise, Sunset, Try Not to F$%& it Up
The Final Five

WORLD'S MOST CONVOLUTED DISCLOSURE: We went to Hersheypark this weekend as part of sponsored campaign with AlphaMom.com, which is where my "official" (and hopefully servicey-yet-entertaining) sponsored post will appear, probably sometime early next week. This is a non-sponsored post about a sponsored trip because come on, like I didn't take a million and one more photos than were technically required for the campaign and I have to put them SOMEWHERE, right? 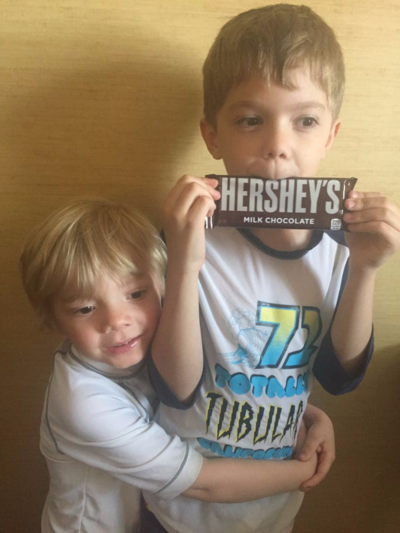 This was our very first big amusement park outing with all three kids. I've always been way too intimidated to even try, to be honest. And yes, someone was always hungry, or tired, or had to go to the bathroom right when we were nowhere near one, or wanted to go in a different direction than the rest of us, and Jason and I spent most of our park time obsessively counting heads. (Including heads that were not actually our offspring, several times, sorry little boys, but YOU ALL LOOK ALIKE IN THE POOL.) 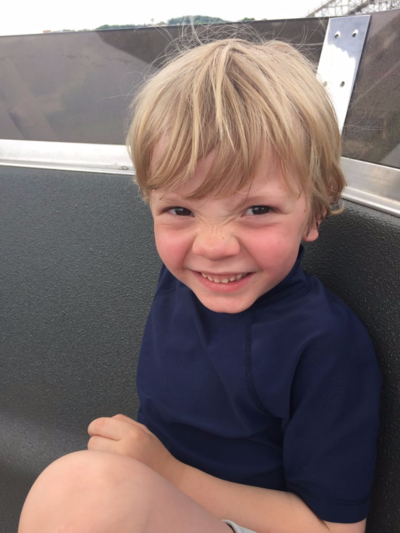 We had so, SO much fun. We are definitely going back. Especially since we had no idea we live barely an hour and a half away...I went to Hershey as a kid from my house in PA and it was farther away than that. Geography! It's weird! 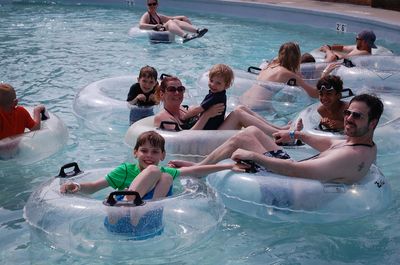 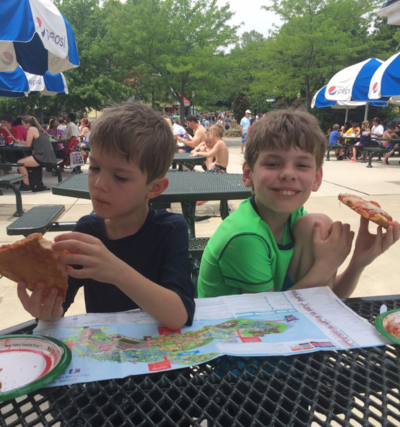 The park is a bajillion times bigger than I remember. And we definitely never got to stay in a hotel with its own INDOOR WATER PARK WHAAAAAT. 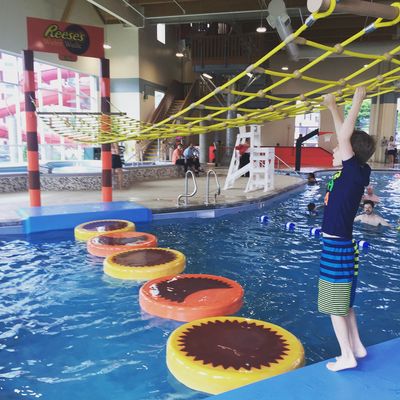 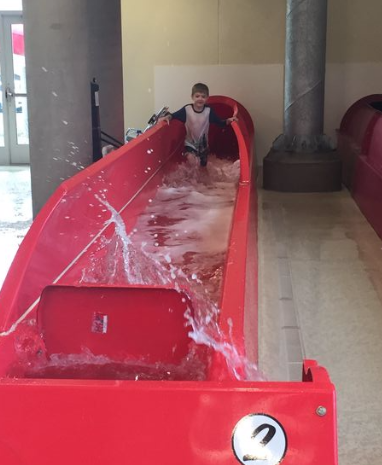 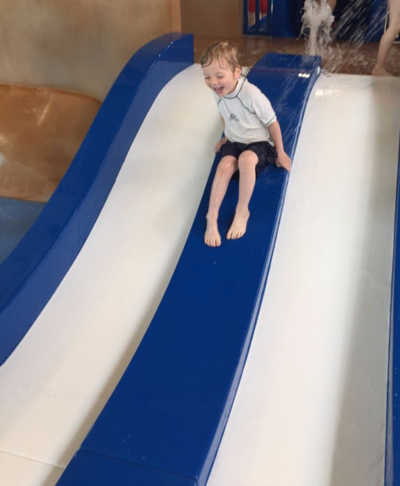 Basically the stuff dreams are made of, plus cocktails. 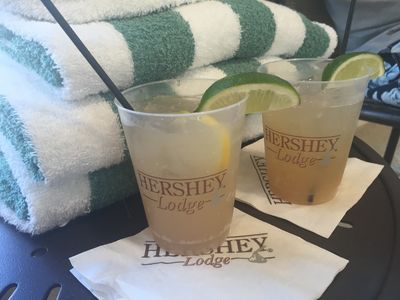 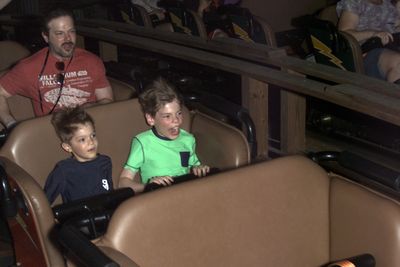 The very first thing I did when we got home yesterday was frame this and put it in the living room. Worth every souvenir-photo penny, as this just might be my favorite photo in the history of ever, amen.

Ike and I stuck mostly to the slower rides, although we did go on one super-high-up-super-fast water ride, the kind where you get absolutely torrentially SOAKED at the end. I screamed and held onto Ike for dear life the whole time; he was mostly just mad because his "hair got wet." 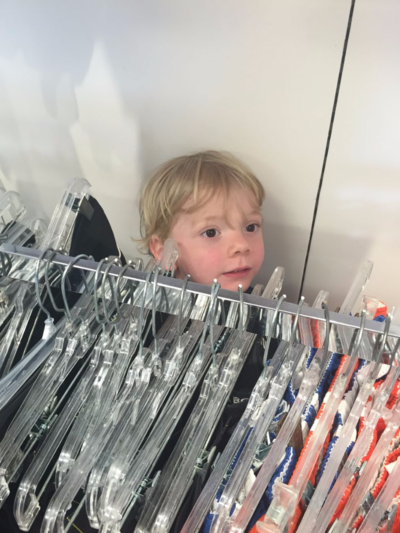 Urchin for sale in the cabana gift shop, check behind the swimsuits.

And now we're home, with a ton of chocolate (seriously, the chocolate in Hershey, PA flows like wine). Ezra took in a single Hershey's Kiss today to give to his girlfriend, which damnnnn kid. That's smooth. (And more terrifying than that roller coaster, a little bit, to me.)

So jealous! I can't wait til my little one is old enough to go somewhere like this. There's a place near-ish us in Niagara but I've heard it's not a good place to go with a baby.

Noah looks like he's dealing with the roller coaster just fine. Ez is a little less sure. I think Jason looks the most sickly.

I went Hershey Park when I was 6ish, and that was where I rode my very first roller coaster too. My parents wanted me to go on the one that went upside down, and I internally prayed that I wouldn't be tall enough. I was, and I have LOVED roller coasters ever since. So glad you had a good time. I assume it has changed a ton since I was there in the early 80s.

I loved Hershey Park! I haven't been since the 90's when I was teenager. I live in the Midwest now, but I think that one of these days I'll plan an east coast vacation and show my family everywhere I lived out there and all the fun stuff to do! Those boys, FYI, are getting more grown up with every picture you post. Please tell them to stop growing up so fast, mmmkay? Maybe mine will follow suit...

I went to Hershey a bunch when I was growing up in PA too -- and now I have the "Hershey's Chocolate World" theme song running through my head. Not that that is a bad thing. :) Glad you had a great trip.

We've never been, but I want to go because, chocolate! We would not ride the rides, instead, I would eat chocolate and drink adult beverages all day.

What hotel had the waterpark? We went there over Christmas this year with our two girls (4 and 1) and it was a really fun vacation :) We will go back again I'm sure!

Aaaaaaaaaaaaaaand you just tried to slide that girlfriend shit in all smooth. Nope. Tell that girl I said nope.

My son worked at Hershey Park last summer, as a Choca-fella, the a cappella group that performs several times a day in the park. He loved it, and so did we, when we visited him from CA.

one urchin to go, please