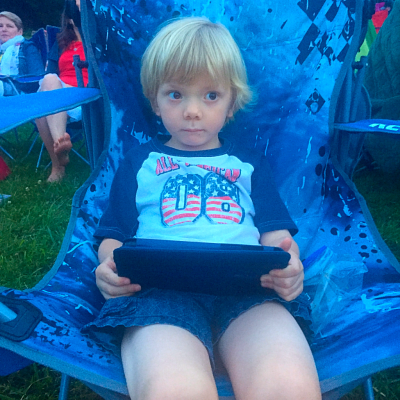 We decided to try something a little different this year -- a picnic and symphony orchestra concert at a local park, followed by fireworks. Kids were SUPER into it. 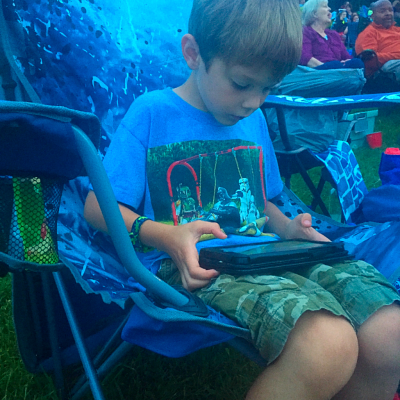 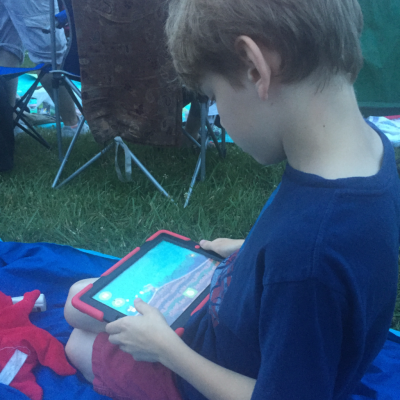 I figured there'd be SOME downtime where the kids might need some please-stop-wandering-and-stay-on-the-blanket tethering entertainment, but unfortunately they powered through all the sandwiches and snacks and an entire case of juice pouches within the first 30 minutes. And we still had about three and a half hours to go before fireworks. 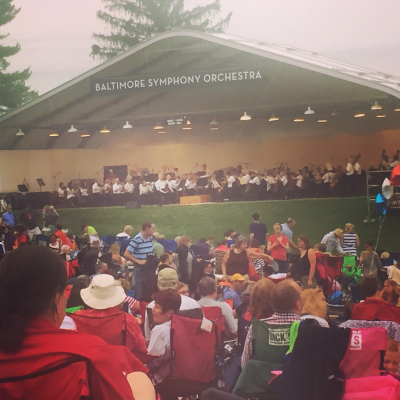 There was a Star Wars melody at some point (aka the point during which I was stuck in an obscenely long bathroom line) and Jason reported that they did in fact look up from the warm glowy glowboxes and deem it "cool."

Then they all asked if we could watch the fireworks from the parking lot instead, because they always sit on top of the car for fireworks. What's this picnic blanket shit? Why were we messing with tradition?

In the end, it was a great fireworks show and everybody enjoyed it. (The hour-and-a-half wait to get out of the parking lot, however, not so much. Probably should've listened to the kids and gotten a head start.)

I am up to my eyeballs in work this week, which is not a bad thing because I gave up and signed both Ezra and Ike up for a couple more weeks of camp because GAH STOP FIGHTING. And stop eating! Our grocery budget is practically at camp tuition levels, so I'm tossing them into the first camp I found that said "SNACK PROVIDED" and I'm like HA HA HA SUCKERS YOU BETTER BUY MORE SNACKS. 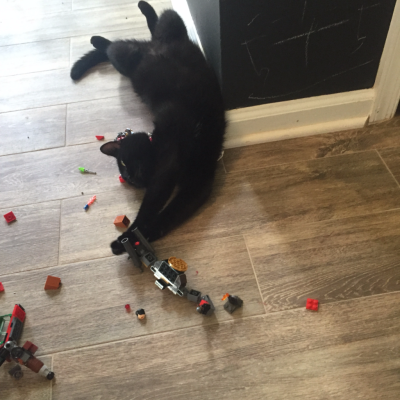 Also, here is Rey being singularly unhelpful in my war against scattered floor Legos. 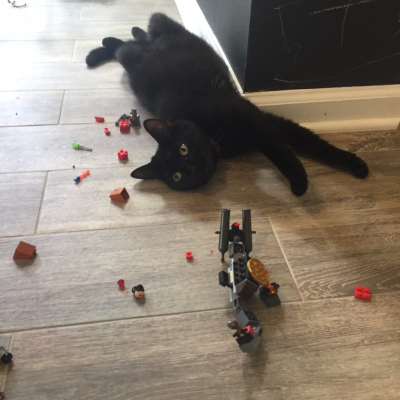 On the other hand, she's probably solving the chalk dust situation going on right there, so we'll call it even.

Ahhh, the glow boxes. SO much more interesting than a live big symphony!

Nice of Rey to help keep thing organized! Mine just sheds and horks up hairballs!

Love their serious little faces as they are bent over the iPads! So cute! And hey - music is meant to be HEARD, so I am sure they actually got tons out of the whole experience! Culture and brain-expanding stuff and all that!