Wow, I just realized how completely overboard I've been going lately with the CATS CATS CATS stories and photos. It's like, are the kids still around? Has anyone checked on the kids? 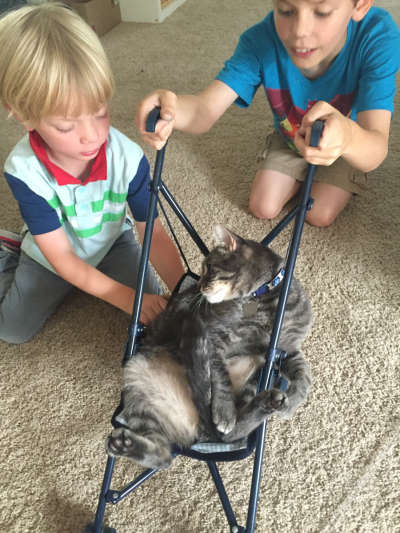 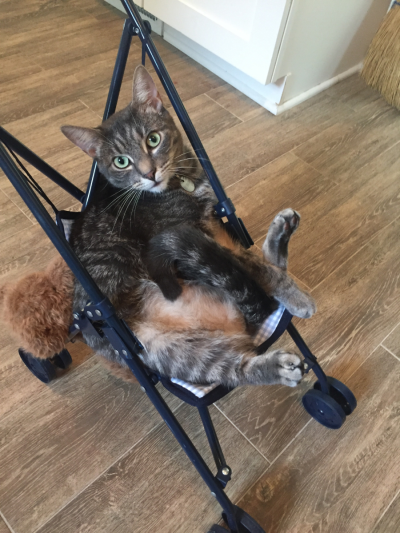 (He actually seems genuinely fine with this.)

Noah is just days away from his 11th birthday, Fellow Olds. And while he still hasn't voiced any displeasure/resistance to making appearances here, it's rare these days to have anything really significant to report about him. Current life goals involve learning to program so he can get a job at Minecraft and make enough money to buy a Delorean, then quit the Minecraft gig and be a full-time professional time traveler. He'd be happy to tell you his theories on time travel, if you have approximately 17 free hours.

Also I spaced out this morning and poured milk in his cereal, which was the single worst thing I have EVER done to him, especially since it was the LAST BOWL OF CEREAL. He ate maybe three mournful bites and then made himself some rage-toast out of spite. Mark this date down and Never Forget. Noah clearly will not.

(I just got up to pee and came back to find that Beau had eaten my entire lunch. I suppose I deserved that.) 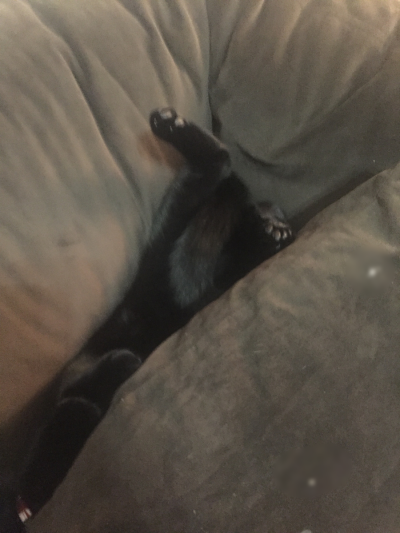 This is Rey, right after she got her ass stuck in the couch last night. 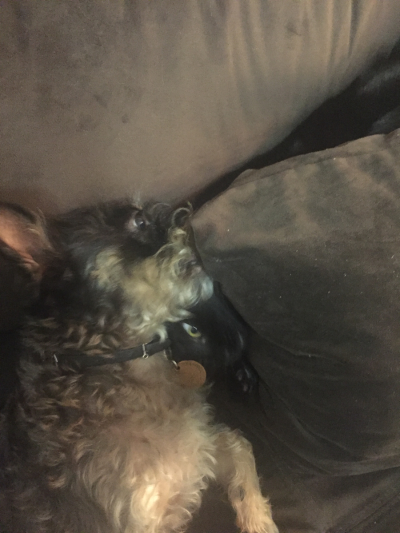 Clearly we all rushed to her rescue right away. 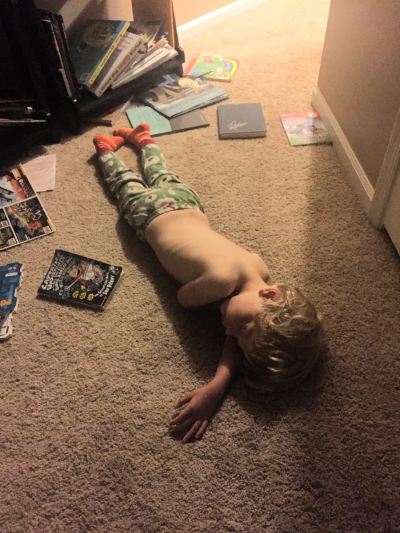 Also from last night: Ike, always and forever, is #NOTTIRED.

Completely non-sponsored plug for any local peeps (do peeps still say peeps? I feel like perhaps not): We'll all be at the Ellicott City Main Street Music Fest tomorrow, which obviously won't be on Main Street this year, but has moved to Merriweather Post Pavilion. 100% of the proceeds will help rebuild the historic district and other flood relief efforts. You should come and us Fellow Olds can all be like, OMG Toad the Wet Sprocket?! We were into them before half of this crowd was even born, yup yup peeps wazzup.

I think 'squad' is the new 'peeps'. Granted, I'm old too and could easily be wrong.

We saw Toad the Wet Sprocket a few weeks ago and they were SO GOOD.

Finn is officially the most chill cat ever. Whoever did your pet adoptions match-making did an amazing job!

That is a patient cat. He is earning his keep for real. Meanwhile ours are both hiding out on top of the laundry room cabinets until the kids go to bed lest one of the children look at them wrong.

My girls say "fam" a lot, and squad. And anytime they see something they like they say "Goals" lol!

I work with a guy who has a Delorean. He got a license plate that says "Gigawat". Tell Noah that the dream is real, and learning to program is a great way to make it happen.

Noah and my stepson (11) have so much in common. Mine is also obsessed with time travel and making a real life Iron Man suit. Have you watched Journey to the Center of the Earth, starring the incomparable Brendan Fraser? It's terrible. But the kid loves it. YOURE WELCOME.

Didn't you have a middle child? update on that extra one please! ;-)

like the new llok of the blog, just showed up!

The new blog is so pretttty! The "about" section is cracking me up. Who knew you had a ONE year old named Noah? :) Many thanks for not ending up with the type of abomination that happened with the alphamom redesign (I will read that site forever and ever amen, but WOW is it awkward now).

The new font is kind of hard to read. It seems like the kerning is squished together or something... or are the letters just really narrow? Also, wasn't it supposed to it take up more page space? It seems like now there is just one really large blank space on one side instead of two moderately large ones with the column in the middle.

Whether it's about cats, kids, or something totally mundane, I love it all. I just realized I've been checking in with your blog since 2003! And I keep coming back because you are a wonderful writer. ❤️

In case you're interested, I'm finding the new font kind of hard to read. The letters are too thin, which makes them look wiggly to me. Thank you for not making the letters gray, though. I've had to abandon blogs because gray became fashionable... And I really enjoy all the critter posts.

I like the new look. How can Noah be almost 11? I've been reading you since he was a bitty baybee but it took me many years to comment.

Love the new site layout!!! And seeing how big YOUR kids are getting always reminds me to take a good look at mine - so thanks for the double dose of nostalgia and maybenomorebabies frowns.

In agreement with the above, on mobile the new font (especially in the title) is very difficult to read. Too narrow? The double line in the header makes everything appear blurry. Otherwise quite nice!

I have been reading you for so long, and loving your writing. The new design looks great!

Agree with other posters - the font is really hard to read. I've been reading on my Feedly for a long time now so missed the design up, but I'm in full on procrastination mode and decided to check out your actual website.

Of course, if my options are "hard to read fonts" or "no blog posts at all" I will obviously take the former...

Love the kid update. Like the new design except for the font. It's a little.... spidery. Makes it a little hard to read. Much better then the Alphamom redesign though!

Love the blog, haaaateee the new format. I don't want to press "read more" and then, if I am a post or two behind, have to go back to the home page and repeat, if I haven't read in a couple of days. Can't you put a next button somewhere before the comments?

It's all so different/the same! It's an awesome combination of new and old. What font did you go with, because honestly I don't know the difference? The About page made me laugh, because it reminded me of a post you wrote forever ago when you were really into Coach bags. I think it was about one of the patchwork designs, maybe? And someone else also wanted to buy it. Now I'll have to go find it.

Love the redesign and everything else on here!

This font is much easier to read!! Kudos on the new design.

I, too, work with someone who owns a Delorean. I also think it has a vanity plate, but I'll have to report back on that. So there you have it, it's totally possible! Go Noah!

P.S. Obligatory: I remember when he was born I'm so oooooold.

Baby Ike has such a full-on boy body now, I can't even pretend it's still ok to call him Baby Ike because I've been reading about him since before he was born.