Eleven years ago, this happened. 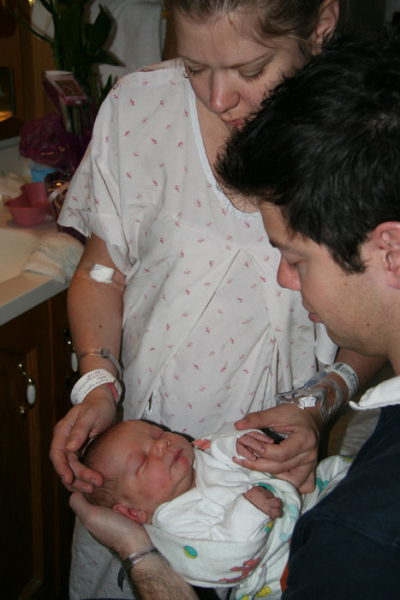 Our (not-so) little perfect baby arrived. And everything changed forever.

Last night during dinner, Noah held his hands up, fingers spread wide. "Starting tomorrow I won't be able to show how old I am with my hands anymore."

Into uncharted territory, once again. 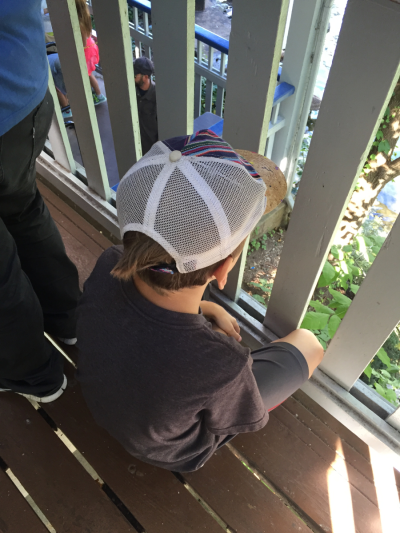 He looks just like his dad. He got a small, adorable smattering of freckles across his nose this summer and sandy bit of blond back in his hair. His feet are officially bigger than mine and I can just rest my chin on the top of his head, and at least once a week he'll turn a hug into a jump, just to make sure I can still pick him up, even if it's a struggle and only for a minute or two.

It's still all Legos and Minecraft and comic books, along with a deep interest in the many theories and philosophical aspects of time travel. This year, however, he's doing his biography book report on Alexander Hamilton.

("SIT DOWN JOHN YOU FAT MOTHER BEEEEEEEEEEP" is his favorite most inappropriate turn of phrase. Probably my bad.)

He would like everyone to vote for Hillary Clinton, our first Girl President, a milestone he is very excited about. Donald Trump scares and confuses him, as did the teenage boy in the Lego store who informed him that the Ghostbusters set he was admiring wasn't "really Ghostbusters" because the minifigures were female.

"I don't think he was right," he said afterwards. "ANYONE can be a Ghostbuster." 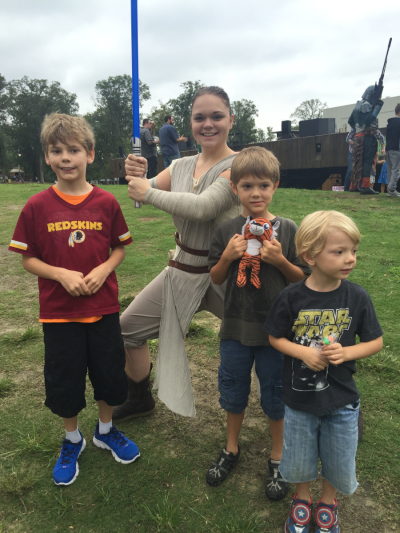 Yes they can, Noah. And so can you. Happy Birthday to a completely amazing, awesome kid.

I'm sure you've seen this - will leave appropriateness up to you. The cull Adams rap that was cut for Broadway https://www.youtube.com/watch?v=oUI8b17YGx8

Eleven. Happy birthday to Noah. He's such a great kid and his journey is inspiring for families going through the same issues.

I don't comment a lot, but I found your page when Kelly used to babysit Noah when he was a little. Seems weird to have read your content for so long.

An inspiring kid and feminist.

I don't know whether Noah would be interested or perturbed, but my surname irl is Ghost. (My first name is weird and the combo makes me very easily found, so I go by a pseudonym when I comment on blogs)
Anyway please could you wish Noah a Happy Birthday from Me, Mr Ghost, Casper and Spook.

Happy birthday, Noah! Hard to believe I've "known" you most of your life. Have the best day, kid. :)

OMG the Ghostbusters comment has me verklempt. Happy Birthday Noah. You're an awesome kid! :')

Trump scares and confuses me too, Noah 💜 Happy Birthday Kiddo!!

Happy birthday Noah! Eleven! The "ANYONE can be a Ghostbuster" really got me. What an awesome kid.

I want an entire generation confused by the concepts of misogyny and discrimination. :)

Happy birthday Noah all the way from France!

Happy Birthday, Noah! You make my heart sing. You're right, ANYONE can be a Ghostbuster. Anyone can be ANYTHING they want!

I was having such a gloomy day, with a list of problems as long as proton stream...and then I read this.

Thank you for posting!

Happy Birthday Noah. I am for Hillary Clinton too and I will surely vote for her. I am proud to have followed you since you were born. You are turning out so nicely!

Happy birthday, Noah. I haven't commented in forever but I've been there from the start. Will have my own 11 year old in February and it's just such an awesome age.

PS Trump scares and confuses me too and I'm on the other side of the world.

Happy Birthday, Noah! You are amazing. :)

Happy Birthday, Noah! Who knows, you might be the first to discover time traveling is possible!

There was a post with baby Noah under his walker with a robe on. You were narrating as if he was Hugh Hefner enticing ladies to come on over. Funny stuff!! HBD Noah!!

Please consider not having your children wear t-shirts with racial slurs on them.

Every year I show up here marveling at how if Noah's x age, mine will be too, in a few short months, and how that can possibly be. But I think I'm finally used to it now. They keep growing, and they don't stop. It's amazing, and wonderful, and they just keep on keeping on being their own crazy cool growing-up boy selves. Happy birthday, Noah. Happy momaversary, Amy.

happy birthday to noah...the kid i've "known" and cheered for and loved from afar (in a completely non-creepy way!) from the interwebs the longest...without actually ever meeting him at all! :)

Time travel must be all the rage these days! My son is all about that too! Happy Birthday Noah! Keep on Rockin' on!

It's hard to think he is just someone I read about on the Internet because I feel like I've known him his whole life. He is growing up to be a fantastic kid!

Oh my goodness! You are raising good future husbands (says the mom of 3 girls roughly the same ages as your boys). Nice work!
*commence golf clap*

Happy Eleven, Noah! I've been here since before you were born, but didn't comment for a very long time. Like you, Trump skeers and fears me. And yes, anyONE can be a Ghostbuster. Don't let anyone tell you any different.

This means I've been hanging round this part of the Internet for the best part of a decade then! Wow!
Happy birthday kiddo!

Don't forget that, someday, Noah needs to inform me of the differences between Star Wars and Star Trek. And I could talk/listen for years about time travels; twinsies! Also, I haven't read it in a long time, but Tim Allen's book (yes, Tim The Toolman Taylor) "I'm Not Really Here" was fascinating! If (1) it's not too old content-wise for Noah and if (2) Noah reads chapter books often, then I'd suggest considering it for him. Although I cannot recall if it's totally "G"-rated or not, it was humorous and easy to read and about quantum physics but written in a totally relatable way. Loved it! I think one day Noah would enjoy reading it. Happy birthday, Noah!

Even though he's not old enough yet I hope someday I can vote Noah for president, he sounds like the right kind of guy for the job. Happy happy birthday to him and congratulations to you, just don't blink because my baby is turning 18 next month and I'm almost positive it was only yesterday she was 11.

Has he watched the Stargate series? It is all on Amazon Prime. There are three series, lots of seasons, and also a few movies. The original series, SG1, the one you watch first, the brains of the operation is Carter who is female.

I also want to mention the Ender book series. Look on line for lists of those books and the order to read. They are also on Audible if he would like to listen.

I have two kids who their serious love of science fiction rolled into serious math and science fields in high school and college. One rolled on to math/science/computer field in grad school. Masters. The other one is in her freshman year of undergrad. Engineering.

The freshman girl also loves to build things. She wanted and got a quality drill for Christmas a few years ago. I had to special order it. It went to college with her this fall.

I think their science fiction had a great deal to do with all this. Star Trek is beloved. Stargate also.

My youngest plays video games "like a boy". Probably because she played with her brother. The Xbox that went to college with him, went to college with her. Zelda has been beloved at our house for many, many years. Mind craft also. And many others. She never played any warfare games. (If you want a list of games, let me know).

For the time travel-lover: the Dr. Who reboot is available for streaming on Amazon Prime. :-)

Not gonna lie, an 11 year old boy excited about our first girl president brought a few tears to my eyes. That is the future I've been looking forward to.....you go, Noah!

Debra articulated SO WELL what I could not:
I want an entire generation confused by the concepts of misogyny and discrimination. :)