Part One: In Which I Chaperone a Trip To a Pumpkin Patch For the Hundredth Time And it was predictably ridiculous, as my streak of being the bad weather luck charm remains unbroken to the end. About an hour in, the temperature plunged and the heavens opened, and an entire class of under-dressed kindergartners was soaked and chilled to the bone. I'd at least remembered to bring an umbrella and put a hat and mittens on Ike... 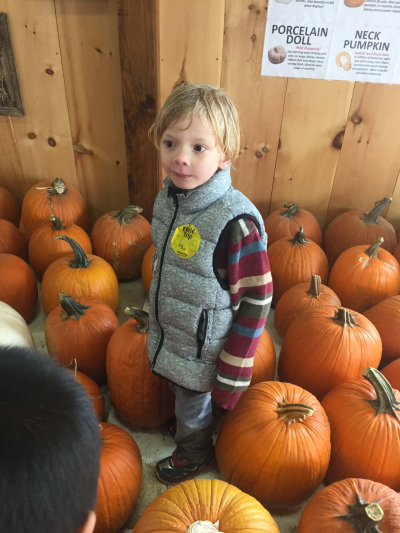 ...but failed to notice that he left them behind at school. Also my umbrella was way too small to accommodate my small flock of charges, one of whom was dressed in a t-shirt and hoodie while even kids decked out in heavy parkas were visibly shivering. 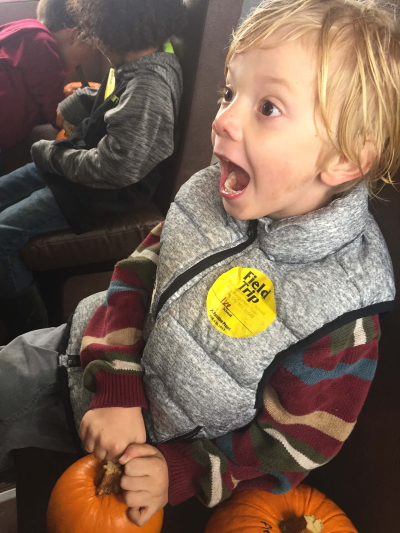 The trip was (mercifully) cut short, but not before we got pumpkins and some animal encounters in. 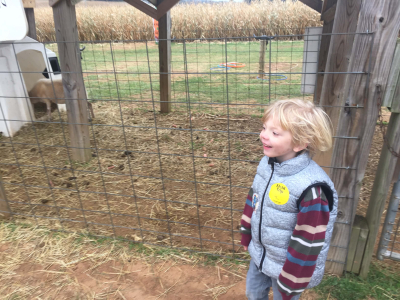 ("Take my picture next to this sheep that I have no intention of actually standing next to.") 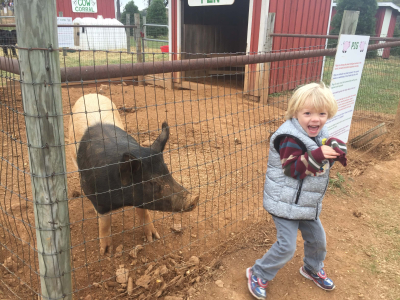 (And then it oinked.) 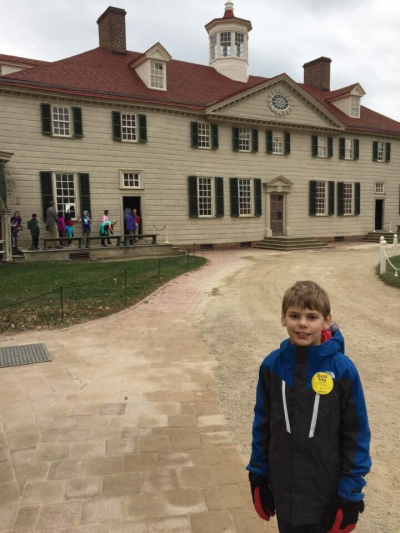 It was a day of dueling field trips, and Jason got to take Noah to Mount Vernon, where it did not rain AND they got fancy chartered buses with DVD players AND I don't know, free gold doubloons and cheese, probably. 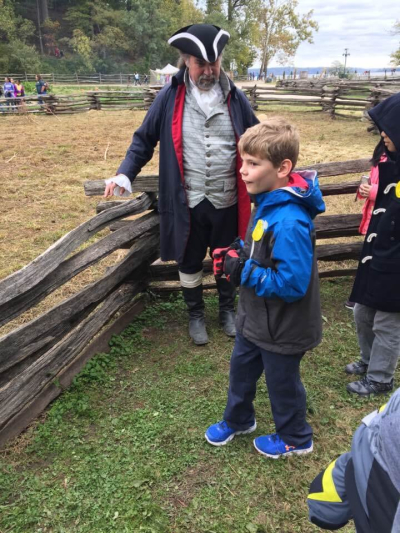 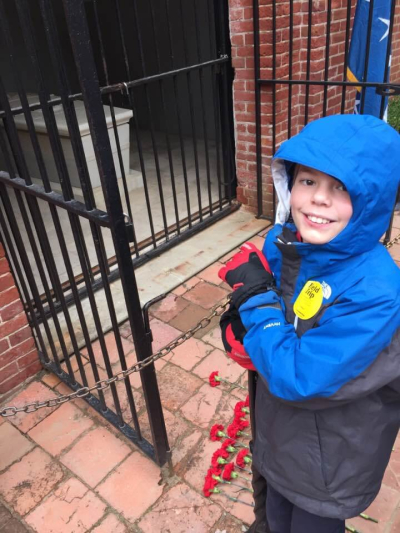 A very good time was had by all, from the sound/look of it. 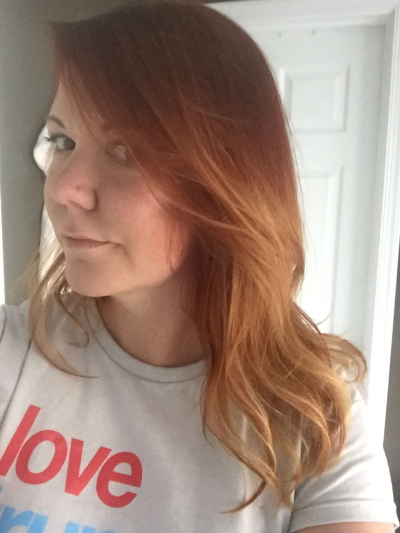 After weeks (and weeks) of drab visible roots and fried ends (SO MY OUTSIDE MATCHED MY INSIDES), I got my hair done! And I think I performed a reasonable facsimile of a normal adult human who knows how to answer tough probing questions like, "So how have you been?"

Or not. Point is: I did a thing that made me feel better. Early voting is next, cuz fuck all this shit. To hell, even! (lol @Rey tryin' to lie down like a normal cat and still somehow failing at it.) 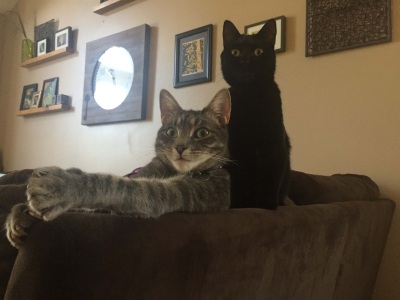 (Not that Finn has room to feel superior to Simple Cat, as he spent last night trapped in a storage bench.)

(Not pictured: Beau, who is in desperate need of a haircut himself. He's so scruffy it's practically undignified.)

(And that's all I've got. Happy Halloween, fellow people who would frankly rather not bother with the whole thing!)

I especially love the "And then it oinked" picture!

As a fellow person who would frankly rather not bother with the whole thing, I am positively THRILLED that I have to work tonight and so my husband has to take the children trick-or-treating.
The six-year-old was sad for me this morning... "It's no fair that Daddy gets the more fun job."

Self care. Ah. I'm working on that. Your hair looks great!

I early voted last Friday. Goofy guy herding us through the line (lots of eager Trump voters where I live) had the balls to ask me "if I had a smile in there." I ignored him so hard, thinking "I'm here to vote for Hillary motherf#$%^& I ain't here to smile"

Kids are grown, so I'm putting the old bowl full of candy out on the porch with a note to take one. If it's all gone in three minutes, so be it. I'm headed out to dinner tonight and then plan to hibernate in the back bedroom and I don't feel bad about it at all :)

My dream election season would involve tech that would block all election related ads, phone calls, emails and articles once your ballot was submitted. Seriously, I would be lined up waiting for my mail in ballot and would hand deliver it within the hour to get myself blocked (especially since I can't bring myself to ignore social media).

Boys are, as ever, adorable. You look good too!

My favoritest bit was the simple dog reference from Ally's blog that must come back.

I put a bowl out so the kiddos could take because my hubby is up at midnight to start his workday and I don't need the doorbell ringing every eleven seconds. I threw almost 3/4 of it in the trash this morning. Le sigh!
Your hairz is adorable.
We are early voting tomorrow. I want the next week to ZOOM by. So sick of all the negativity and hate.
I will end on a high note with, CATS! :)

Does Fin have too many toes on his front paws or is that just a trick of the eye? Alien cats...