Almost Over & Out, Thank Goodness

We're home, at last and finally, after a longer-than-intended pit stop in PA trying to replaced a blown tire on the minivan.

No, not THAT tire. That tire was successfully installed and is working just fine. Another tire. There was an incident in Valley Forge involving my in-laws and a wrong turn and conflicting GPS directions and a curb collision while we were still in NYC. So while at least this incident did not involve any more Foyer Tires, the hassle and unexpected expense of it all means 2016 -- along with everything else that was good and pure -- has gone and destroyed the whimsy and weirdness of #TIREWATCH, because neither of us want to hear another word about tires again. 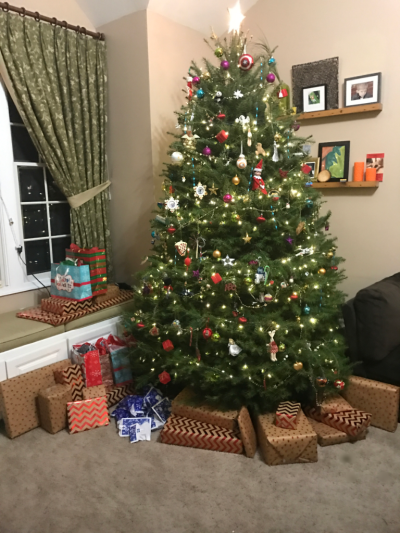 Our house no longer looks like this, but the aftermath of all of this, plus somehow three times as many Amazon boxes piled up in hallways and corners. And now suitcases and even more gifts from grandparents and friends. 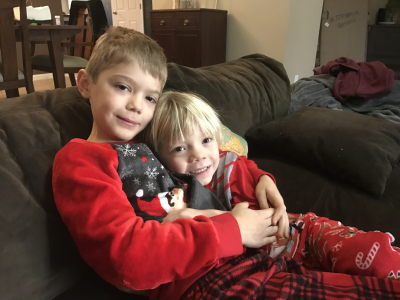 Noah came home from school last Friday, sat me down and demanded to know the truth about Santa. Jason and I agreed that we'd continue to play along this year, as that seemed to be what he wanted -- the doubts were visible and rising -- but we'd no longer flat-out deny or lie if pressed.

And oh, Noah pressed. And pressed. He told me to whisper it, so his brothers wouldn't hear.

So I told him.

There were some tears, lot and lots of hugs, and a short but palpable mourning period for both of us as I watched him straighten his shoulders and let this rite of childhood roll off behind him forever. I asked if he could agree to keep the game going for his brothers, and he enthusiastically agreed. He spoke loudly and glowingly about Santa to them later, pausing to occasionally give me a wink or a thumbs up. That night I pulled Elf from his hiding spot and handed him to Noah, who handled him almost reverently.

You can be in charge of him now, if you want.

(Oh please be in charge of him oh please oh please I'm so done with that thing.)

He's loving it, actually. Reality suits him. We're conspiring together, and he's happy to be in on the secret.

Either way, there was still plenty of Christmas magic to go around on Sunday morning. 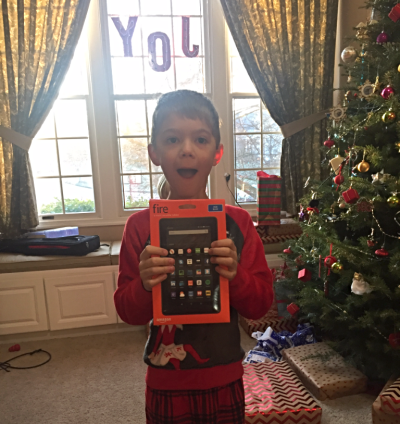 (The almighty screen bow down before ur god now) 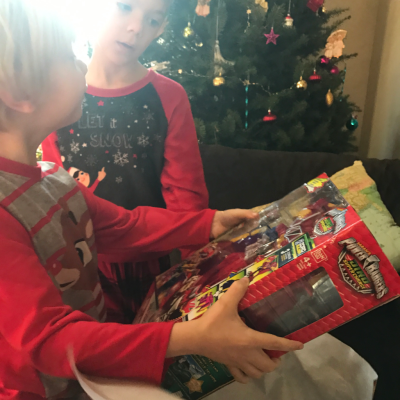 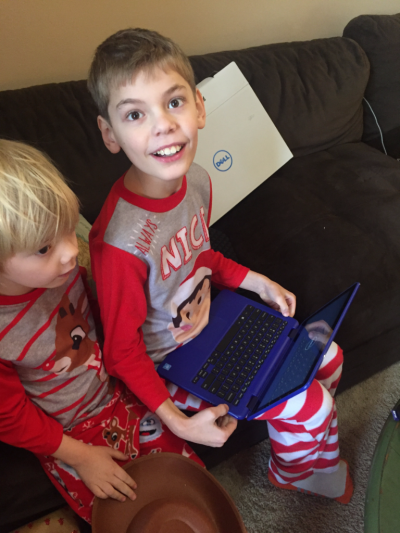 (A box o' hats for your most hammy child!) 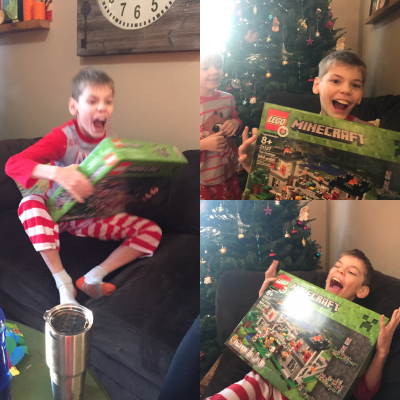 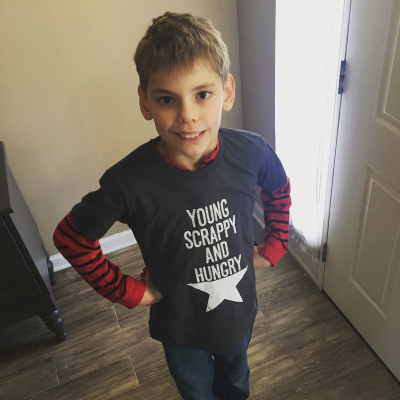 All in all, a very successful Christmas/birthday week for anyone who is not a tire. Now I need to go wash things and flatten boxes and vacuum up all the needles the tree dropped while we were gone. Have a happy and safe New Years Eve! It's almost 2017! We can do this, provided there's wine.

Snif snif. Oh Noah. He has such a sweet soul.

They're all growing so fast. *fondly remembers that laughing video of baby Noah in the octagon

You made me get choked up over a damn elf!!!!

Noah is getting so "angular" looking - a sure sign of growing up! All those labrador limbs learning to work together.

Noah, man. He's full-on pre-teen these days! What a great kid he is.

*sniffles* Oh, Noah. I'm heartbroken that this little magical bit of childhood is over for him. My 8-year-old is right on the cusp .... but didn't push it too hard this year. But it's coming & makes me want to cry so, so hard. Why can't they just stay little forever?!?!?!

Did you see Rogue One? I have a 9 year old who is a lot like Noah, and would greatly appreciate your opinion.

I asked my mom about the Easter Bunny at the dinner table, right in front of my little sister. She actually got up and proceeded to ask me if she LOOKED like the Easter Bunny and hopped around the table. Then she pulled me aside later to give me the truth...... I'm 49 years old and still remember that...

The elf is a million times more fun once the big siblings are "in" on it. Mine actually take the trouble to do those Pinteresty vignettes instead of just tossing him on a different shelf and calling it a night. (Or implying that someone must have touched him and taken his magic, so uh oh, he couldn't fly last night. Better be more careful today guys...)

Ok - need a link to that tablet for my little dude...pretty please??

Oops...meant that I need a link to that t shirt for my little dude.

There is a video roaming around on Facebook about what a mom did for her kid who was doubting if Santa was real. It's on Tickld and I can't figure out how to link it. "If your kid stops believing in Santa" is the name of the video. Well worth looking up. I know as the oldest sister, I faked it for a good long time for the sake of my younger sisters! Happy New Year to you all!

Hubs and I had been wondering if our eldest (12!) had realized the truth, but when she asked this year if Santa was exempt from copyright laws, we realized she still can hear that Polar Express jingle bell.
Like you, we'll tell her when asked directly but magic is still magic!

Sniff. This made me sad. My 8 year old asked me this year why Santa and Target have the same toys. I told him that in "olden days," Santa needed all those elves to make the toys, etc. But today, Santa has the convenience of Target.
Not sure if that was the best answer. But I am not ready to give him the truth. He's only 8!
Sorry about the tire. Hope that is the last hiccup before 2017. (Who am I kidding? Brace yourselves, everyone.)

proving once again that our kids may be the same (little) people. Or, would at least get along like gang-busters. Hope it was a happy new year!