I personally couldn't be happier to drop-kick 2016 like an underinflated football, although I can't quite shake my suspicion that 2016 was just an elaborate viral marketing campaign for all the shit that's about to go down THIS YEAR. 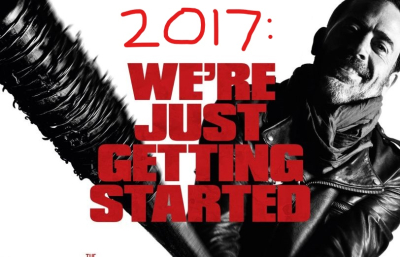 WATCH WHAT HAPPENS! LIVE! Or dead. Who even can say anymore.

If there was one super genuinely good thing from last year (besides my children and marriage and home and the fact that I have some pets that DIDN'T die blah blah blah), it was that I watched a lot of television. Here's one of those end-of-year round-up style posts that most people publish in December but I'm a rebel. Also because this idea just occurred to me this morning.

Reason I'm Secretly So Cool With Jason Hanging Out With His Friends Because I Get To Stay Home and Watch This Over and Over:

Reasons Neither of Us Are Allowed to Make Plans On Sunday Nights: 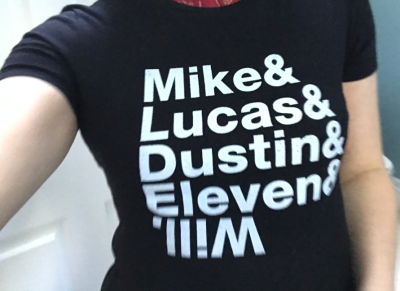 Shows I Am Over:

Show That Is Still Really Fucking Good, Season After Season:

Other Random Shows Coming Back That I Hope Will Make 2017 Survivable:

Top Thing I Just Learned While Making This List That Bummed Me the Fuck Out:

Best Thing That Sounds Like a Christopher Guest Mockumentary But Isn't:

Worst Thing That Actually Is a Christopher Guest Mockumentary, But Sucks:

Shows I Stuck With Until the End But Now Wish I Hadn't Bothered:

The Fall, The Night Of, The Get Down, American Horror Story: Roanoke, The OA

Show No One Can Believe I Haven't Watched Yet:

Gilmore Girls: A Year in the Life

Shows I Started and Liked But Haven't Finished Yet Because It's All Too Overwhelming:

Show Currently Stressing Me Out Because I'm Not As Into It As I Feel Like I Should Be:

Shows Also Stressing Me Out Because I Used To Watch Them Obsessively But Now There Are All These Unwatched Episodes Piling Up And I'm Just Like Nah Not Tonight:

Show I Tried To Watch But Was Just Like Yeah That Whole Terrifying Premise Doesn't Seem Like Enough of a Stretch Anymore:

Man in the High Castle

Grown-Up Movies I Saw In the Movie Theater:

Kid Movies I Saw In the Movie Theater:

Kubo and the Two Strings, Zootopia, Finding Dory, Kung Fu Panda 3, Fantastic Beasts and Where to Find Them, bought tickets for Rouge One but refunded them after doing our research like responsible parents but waaaahhhh I STILL HAVEN'T SEEN ROUGE ONE

Movies My Kids Asked To See In the Movie Theater That I Straight-Up Lied and Said "Oh Sorry That's Not Playing Near Us:"

My Kids' Favorite Movies, None of Which Came Out in 2016:

Back to the Future, Ghostbusters, E.T., National Treasure

Movies I Had Really High Hopes For That Maybe Aren't Super Great But I Still Enjoyed:

Movies I Am Told I Definitely Saw But Couldn't Tell You a Single Detail About Because Zzzzz:

Captain America: Civil War, Star Trek: Beyond, Batman vs. Superman: Dawn of Justice, The Divergent Series: Allegiant, Maybe Colons in Titles: Should Be Some Kind of Sign

And because I'm clearly a total television masochist, please feel free to add more suggestions to the queue so I may spend even more of 2017 in a happy escapist couch cocoon.

Captain fantastic, got it on Redbox, now my favorite movie. Close second. Intouchables. The movie, not to be confused with untouchables.

How have you missed Orphan Black??

You must watch Shameless. I binge watched all 6 seasons on my maternity leave. I couldn't possibly screw up my kids as much as those kids.

I agree with the Shameless recommendation. I'm only in season two, but love it. It makes me feel like a better parent (so very dysfunctional), lol. Beware a lot of nudity & profanity so not safe for kids.

This Is Us, the best show on television right now. Watch the pilot and all the episodes in order. Don't let other people ruin it for you. I don't want to oversell it, but I love it so much!

Pretty please with sugar on top, without spoilers, can you explain in a sentence or two why The OA isn't worth sticking with? Wah! I really had high hopes for it (Hershel!!!), but you're the second person who's said the ending isn't worth it. le sigh.

So you're saying I shouldn't finish "The Fall"?...hmmm. I will say the current season of Mozart in the Jungle was really good, better than the last one, I think.

This is a solid set of shows, especially Crazy Ex-Girlfriend.

You're the Worst is worth a watch (and re-watch with everyone you make watch it after you do). Seconding the surprise at a lack of Orphan Black.

That is a whole lot of screen time.

It may be a lowly broadcast show, but I am absolutely in love with Lucifer (FOX) right now.

Have you watched the Sense8 Christmas special? It was magic.

OMG because I adore you and your writing a crazy amount (and now, it turns out, your taste in TV shows too) and because my parents raised a total word nerd who couldn't listen to The Wall without being the loser who pointed out "We don't need no education" is actually a double negative (friends, I had so many...) I am going to be the absolute dweeb who just says: ROGUE One, not Rouge. Although a movie about a ragtag team of blush users could be good, I guess? Ok gonna go hide behind my couch cushions now.

Good Behavior on TNT! It's basically like the creators said, "You know what white people will totally watch? Lady Mary from Downton Abbey having an American accent and doing some crazy shit like smoking meth from a lightbulb." THEY WERE RIGHT, I'm obsessed!

Is Rogue One not kid friendly? We just took our kids (ages 6 and 8) and there were some hard parts, but nothing that made me say I shouldn't have brought them. Although for all I know they're completely scarred for life now. As I am after watching Jaws 3 when I was 7 and became terrified of the bathtub because water = sharks.

Ditto Sherlock, and also a plug for finishing The Americans! I also can't wait for more Kimmy Schmidt.

This Is Us. Read nothing about it before you start watching.

Wait. Rogue One is bad for kids? Whoops. Too Late.

Do yourself a favor and watch This Is Us. I second the comment to WATCH IT FROM THE BEGINNING. Seriously. You'll hate yourself if you don't. Best show ever.

BUT! Probably my favorite series of 2016 was NOT on your list, so may I recommend the truly amazing Better Things? HIGHLY recommend.

FYI -- My 11 year old daughter and her friend LOVED Trolls, so it might be worth letting your kids see on Netflix.

Also, when the HELL do you have time to watch that much TV? I only have 1 kid and I haven't watched an entire show basically since she was born!

I'd add Outlander, Orphan Black, Red Oaks and Sherlock. Also, I finally watched both seasons of The Leftovers, and I am so totally confused.

The Detour on TBS with Jason Jones. Hilarious. Season 1 is on demand and season 2 starts soon. Not for kids, but we watch with our older kids and we all love it.

Your list is so much more sophisticated than this show, but thought I'd mention it anyway 😉 Blackish. It's funny and covers good topics. I adore it.

And not really a show, but the 'closer look' segments in Seth Meyers show will help me get through the next 4 years.

OOooooooooooAAAAAAAAAA
So good.
I'm with you about Man in the high castle and, for me, Black Mirror. I feel like they are both so close to home right now.

Seconding Outlander! It sounds like it's going to be some twee floofy romance thing but it is really solid and well-acted.

Loving Crazy Ex Girlfriend! I think you'd also love Brooklyn 99, it's a great ensemble comedy. Bob's Burger has been pretty good. I got the burger cookbook and cooked the black garlic one and it was magical.)

My other favorite not on your list was Jane The Virgin.

And you should take your boys to see Moana! It's like a great buddy movie and Lin Manuel wrote the music and it's wonderful!

Loved, loved, loved Kubo and the Two Strings. That is all.

No suggestions, really (except LUTHER YES SERIOUSLY GO WATCH RIGHT NOW, and oh, now that I think of it, The Crown also) because I think we mostly watch the same stuff, but ... oh man, does this season of The Fall really not get better? Like, I knew there was a reason all those episodes are just SITTING THERE after I waited so impatiently for them to come out (and then watched the first episode and was like, "What? Who? Meh"), but it's kind of disappointing.

I totally know about just not feeling like watching a show, but then they start piling up and there are so many episodes to watch that getting started feels like WORK, MAN. And then you start freaking out watching the DVR fill up and you end up deleting a bunch of stuff and then you're annoyed when you have nothing to watch. Or, um, maybe that's just me. #firstworldproblems

Oh my god, where was that SNL song in my life until now? THANK YOU.

I got cross with Gilmore Girls. It was (no spoilers) all a bit self indulgent and I ended up not liking the characters so much which was just sad. And also, the musical. When you get round to watching it please enlighten me because I have literally no idea.

Yay, someone else who loves Crazy Ex Girlfriend! Why you no like The Get Down tho?

Red Oaks on Amazon was solidly decent. Do finish Good Girls Revolt; the storyline moved a little slow, but the cast was solid, and it's such an important story. The series was cancelled by Amazon and I want it finished by someone!

Dittos for Jane the Virgin. It's hilarious and SO well done.

I've been plodding through The Good Wife, but think we're about to divorce in Season 4, it's just getting tiresome.

Another vote for This Is Us. I was skeptical but figured I would watch the first episode. TOTALLY HOOKED! What an ending!! I cry at least once per episode. You will love it. And the mid season cliff hanger, OMG.

Outlander!
This is Us
Breaking Bad

The Hamilton part made my heart happy (April 13, dammit!).

My husband and I were so into Man in the High Castle, but I'm really struggling watching season 2... too much art and reality crossover.

your first priority in my opinion is to watch the rest of Shows I Started and Liked But Haven't Finished Yet Because It's All Too Overwhelming, as there are such good ones in there! Your list and mine are so similar. A few others for some funny: Crashing, The Elegant Gentleman's Guide to Knife Fighting (sketch comedy) https://www.youtube.com/watch?v=gyV03FmRAaU, (and while you're at it, Rachel Dratch's Late Night Snack), and the Detectorists (Netflix - such a sweet and funny show. Sounds boring, but it's lovely and perfect.)