Love Can Be Weird

On Valentine's Day proper, I took some cold medicine, a nice long nap, and declared myself miraculously healed...just in time for us to stick with our original grand romantic plan of seeing a drag show with a big group of friends.

(Today, to all those friends, I am so, so sorry if I touched you or breathed on you. I tried not to, for the most part. But turns out I vastly overestimated my recovery and have been paying for that night ever since, because this cold is horrrrrrible and my entire body hurts from all the coughing and sneezing. Noah is better but now Ezra is home sick, Ike is sniffling, and Jason is away in California until tomorrow but also complaining about a cough.)

(Sorry to California, too, then.)

But anyway, back when I momentarily thought the worst was behind me, we saw some drag queens. 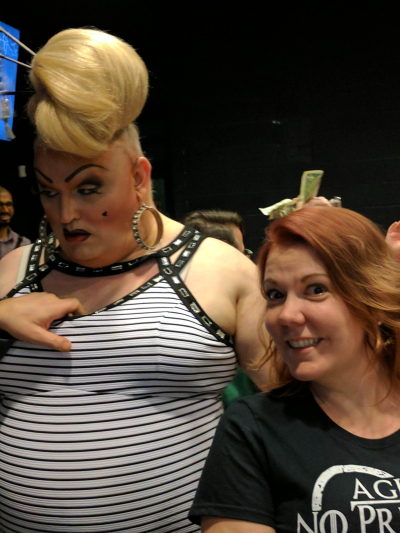 Jason took over a dozen pictures of me and I hated every single one and couldn't understand why I looked so pale and puffy and haggard in them, which should have been my clue that my cold was simply lying dormant for a few hours, preparing to launch its second wave. 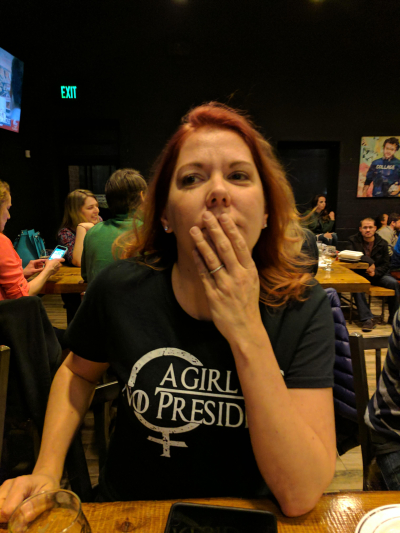 (I look like I am possibly reflecting on my life and poor choices here, but nah. I am just looking at the beer list.) 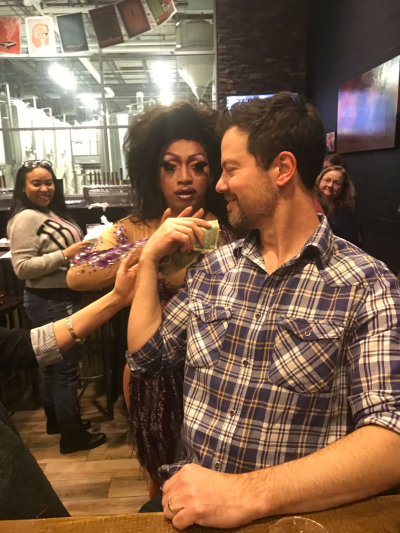 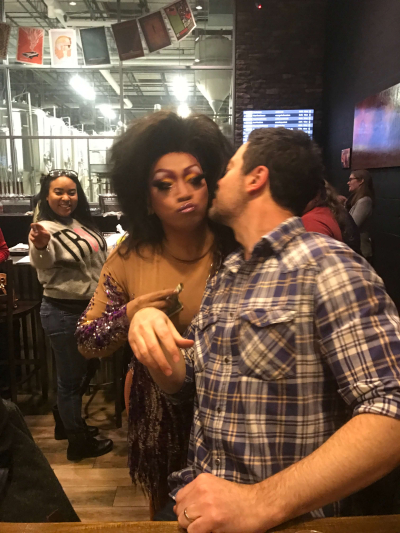 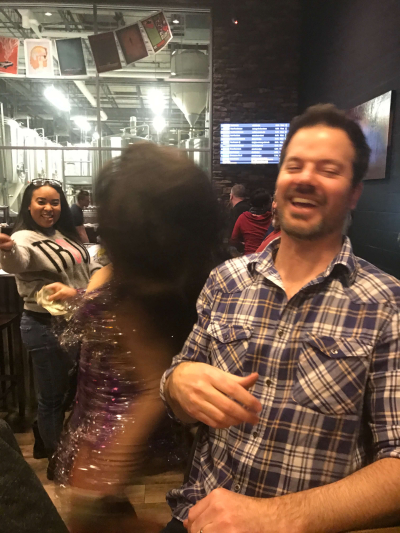 But NOPE. Always prepared, that one.

So that was our Valentine's Day...Jason had to catch a flight the next day and our next correspondence went something like this: 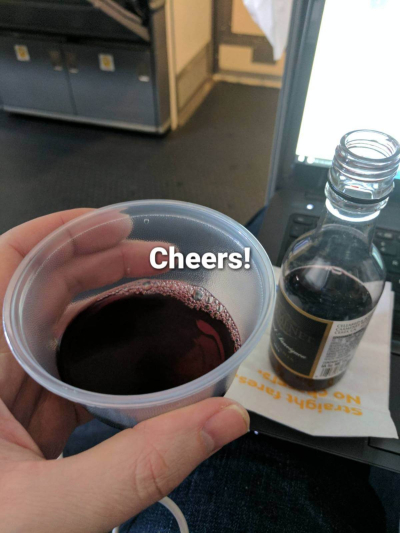 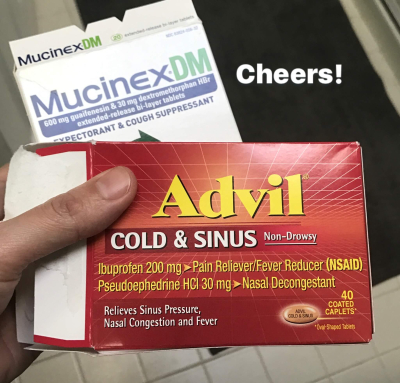 And then I received one final romantic gift from my romantic husband: delicious matzoh ball soup from Katz's Delicatessen, delivered right to our door: 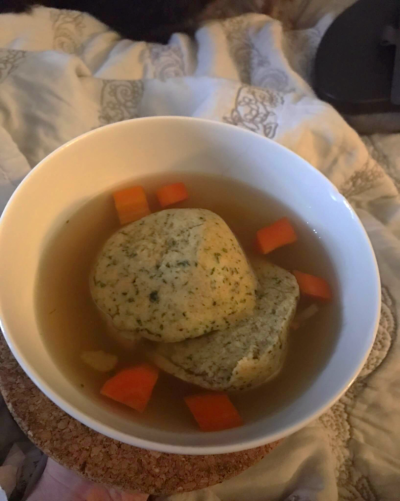 (Also a Reuben platter and deli pickles, but I'm going to save those until he gets home, because I can be kind of nice sometimes too.)

My husband and I exchanged a cold for Valentine's Day too. We didn't even try to do anything. I jokingly said we'd share a box of kleenex.... Then we slept for the next 24 hours-ish.

I'm sorry you're sick, but more importantly --your Tshirt! You bought that shirt! I wanted to buy it but was torn between that and the "when the president is Voldemort the world needs more Hermiones" and was in such a state of indecision I bought neither because I could resist every day with awesome shirts but I'm supposed to be a professional and how many Tshirts do I really need?

Could have been norovirus, like at our house.... Ugh.

Ugh, I have been battling that same cold since Sunday. On top of it I'm 8 months pregnant and can't take any of the good drugs or at least knock myself out with a hot toddy. Hope we all feel better soon!

I have to ask, why so bright at the drag show? It was like you were at the mall in the food court! LMAO

Bad cold... WHAT A DRAG! Get it do you get it cuz I get it okay... :)
Looks like that was really fun. I HAVE to know what's going on in the second picture though! Looks like someone's about to get punched! Get better soon!

A bit confused by the open box of Triscuits on the table?!!? Do drag queens and Triscuits go together?

Also, hope you are all feeling better soon.

You and Jason have the sweetest love.

Does Jason have a brother? Because he is amazing. And I'm back on the market. Just sayin.

Is there anything not perfect about you and Jason as a couple? I mean other than Tire Watch? Love the love!!!!