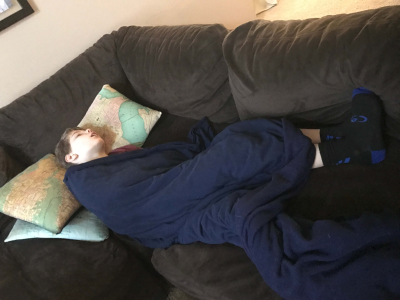 Noah came down with a pretty bad cold on Sunday, I got it yesterday. Last night was Jason's customary home-cooked, multiple-course Valentine's-dinner-that's-not-on-Valentine's-day-SO-THERE-OR-SOMETHING extravaganza. I coughed and sniffled my way through it, then gave us both a miserable nights' sleep (cough cough hack wheeze cold hot cold hot couch) and an equally hellacious morning because neither of us could bear to face the day on like 40 minutes of sleep. 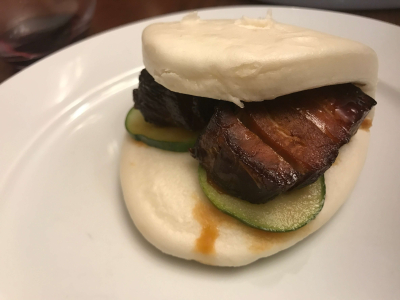 (On the other hand, there were homemade pork belly buns. Jason went to Momofuku without me recently and took a pretty impressive stab at recreating them for me, AS HE SHOULD. Then there was creme brulee, my favorite dessert in the world, which I did not photograph because I was too busy eating it. There are two more in the fridge which will make a nice balanced lunch and afternoon snack.)

I'm doing some work and drinking some tea laced with Zicam and then joining poor Noah in a much-needed nap. He's feeling better than yesterday but still not super great, and I realized he's missing his very last elementary school Valentine's Day party ever. And I was so prepared!! At least I flaked on signing up to send anything in, because that would not happen. We are in DEF CON SICK NEST mode over here.

This is the card I gave Jason: 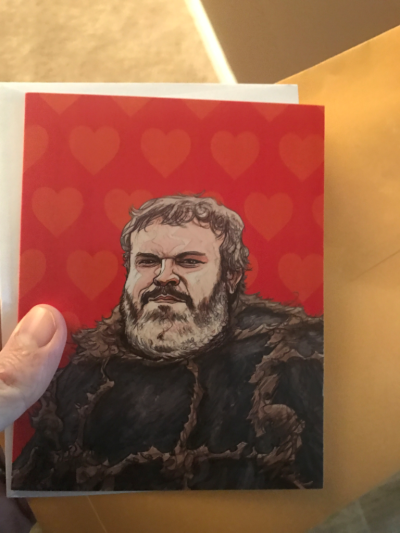 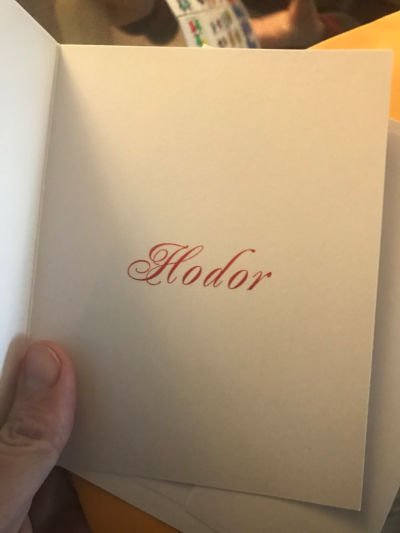 And this is the t-shirt he got me: 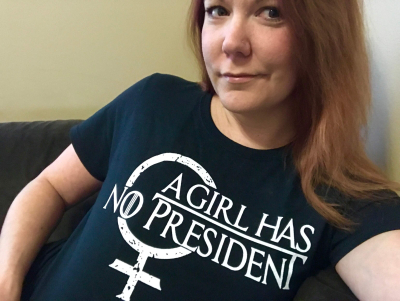 Didn't realize we were both in such a Game of Thrones = TRUE LOVE 4-EVA sort of mood, but I guess it makes sense. Winter has come and it is terrifying, so let's make some jokes and eat some pork belly. Hodor!

But I'm gonna need an update tomorrow on Zah's gifting to the certain girl child (I secretly hope she's a Little Red-Haired Girl).

LOVE the t-shirt!! Hope you and Noah feel better soon.

Waiting patiently for my doorbell to ring, to open the door and find Mighty Zah standing there with that sweet ring. Of course I have NO plans to tell mah husband of almost 28 years about this!
Feel better, Amy and Noah.

OMG, I love that card. The shirt is awesome too, but the card is just so perfect. Hope the plague leaves your house soon.