Home Archives About Subscribe Advice Smackdown Tip Jar
But Do They Test For Stupid?
Before the Fall

This weekend the calendar ticked over into April, and lo, there was much rejoicing in Amy's brain.

There was also the simple pleasure of watching a five-year-old pretend to be a cat for several hours, complete with his revolutionary costume of the day: 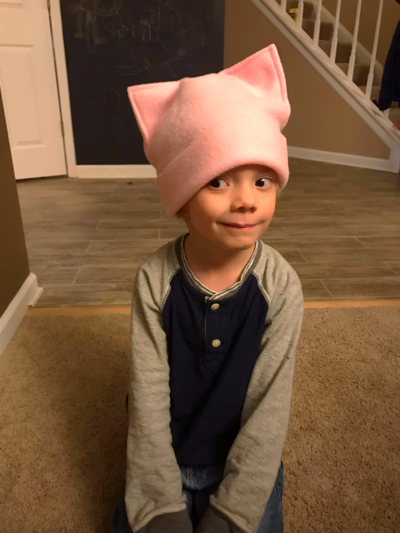 (BTW, officially on the hunt for a drama camp/afterschool program for my smallest biggest ham. Anyone local have any recommendations? Not looking for anything stage mother-y/next great child star-ish, just want to get this kiddo an outlet for his raging LOOK AT MEEEE performing-and-pratfall-itis.) 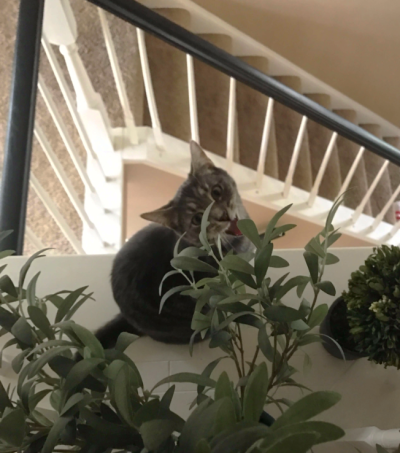 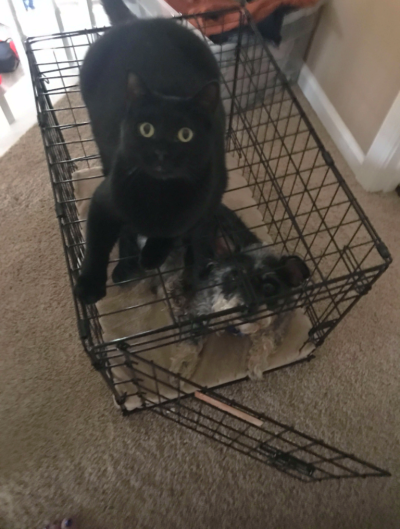 On Saturday night Jason and I saw Rent, Again, For the Sixth And Probably Not Final Time. Although at this point we know the show so thoroughly well we notice when the conductor is pacing the show a half-beat too quickly, and have detailed best-to-worst rankings for every Mark/Roger/Mimi/Collins/Angel/Joanne/Maureen/Benny/Joanne-Understudy-Who-Gets-the-Big-Seasons-of-Love-Solo we've ever seen and, in summary, are probably incredibly annoying and tedious about the whole thing. 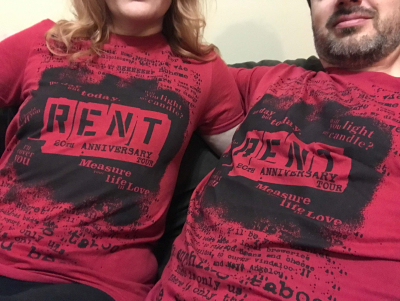 And now we have matching shirts! We are THE WORST.

On Sunday we spent the entire day tackling garden and yardwork crap. Jason got the vegetable garden ready out back while I hauled in many, many bags of mulch to make the front look presentable. Now we get to wait and see if anything actually grows.

Wild, wild times in the deep 'burbs, y'all. 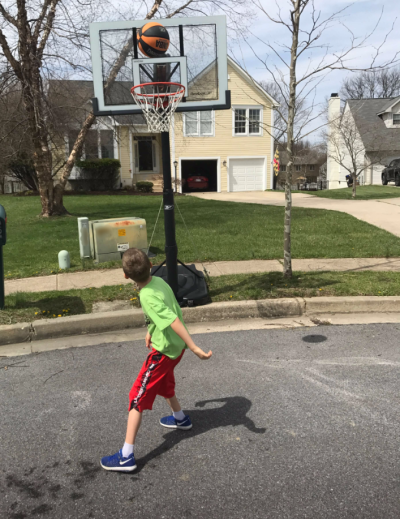 (I have since mulched around the base of those trees and added hanging flowers to the entryway. I am annoyed that this photo does not reflect my full level of effort, but I was waiting for Jason to come home with more mulch and also a lifesaving burrito for lunch.) 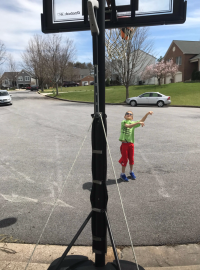 (Surprise! It's Ezra, who is suddenly a million feet long in every direction. Sigh.)

Legit surprised that was Ezra!

DAYUM! Totally thought that was Noah!
Meanwhile here in New Hampshire we're waiting for the snow to melt

You stop that right now Ezra! Ohmahgee. He is huge. We also spent the day outside yesterday and it was lovely! Yay sun! Yay April!

Also, holy driveway Batman. No wonder you dread the snow.

I love Rent so much (I saw it with the original cast!) that I've refused to watch the movie. But it was on tv this weekend and I tried. I really did. Ugh, they're all in their 30s and they speak some of the lyrics that are sung in the play. Speaking to each other in rhymes! But even in the real thing on stage - appropriate ages and songs, I feel like the show has not aged well. Like it's cheesy now. That makes me sad. How do you avoid the let down? Nostalgia?

Your boys need to stahp with the growing!

I love pics of the boys/cats/dog...but love seeing your & Jason's gardening pics, too. Inspiration, please.

SIGH I love Rent so hard. I can sing every song and have seen it multiple times. My husband has only seen it once with me, though. Maybe it's not true love?

I mean, you guys might be the worst, but at least you are THE BEST at it.

For drama camps, check out Drama Learning Center. Friends rave about it. After school programs at various HoCo schools, and themed summer camps.

As for spring clean up, we finally gave up and pay a landscaping service. They put down 30 cubic yards of mulch this spring. Two truck loads. I can no longer carry bags of mulch around.

I second the Drama Learning Center. I actually went to a performance theatre last summer. Didn't seem to intense, and the kids seemed to be enjoying it.

Like, why do you have one black and one white garage door? Oh, one's open...

I totally thought that was Noah. Damn, kid.

Yep, Drama Learning Center but for something less "this play, this part, these lines" driven, try Creative 360 through the County camps. My boys both did that and really loved it. They filmed commercials, participated in skits and dances, there was art and drawing.. they could pick 2 or 3 different areas. It was a full day, five days a week for a couple of weeks I think.

I don't know if this is too far but I interned for Imagination Stage in DC when I was in college. Love them. http://www.imaginationstage.org/

Twin grandson, 11yrs old have been dancing and preforming at our local theater. They both enjoy it and have made some great friends. They are just not into sports. They like to watch on TV but don't want to play on a team. They have been acting and dancing since they were seven and have done some great shows. One has gotten the lead in almost every show. The other is very involved behind the scenes doing lighting and music in addition to dancing.
Love to go to the shows and see how they have improved.

I seriously was wondering how you got Noah to play basketball! Zah has grown huge!