HAIRZ ALIVE, DAMMIT (It's a Miracle!)

I took Ike to see my hairstylist yesterday, who wasn't super optimistic she'd be able to do much beyond a very close clippering, but was determined to at least TRY to keep Ike looking as much like Ike as possible. (Shoutout to Kiera at Bombshell Salon!) Every other stylist in the place looked at him and said to me, "oh evvvvvvvvery kid does it, I swear."

Then they turned to him and said,  "I bet that was pretty fun though, right?"

A quick reminder of the before: 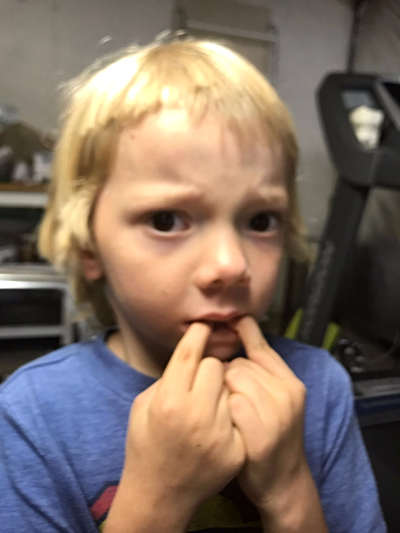 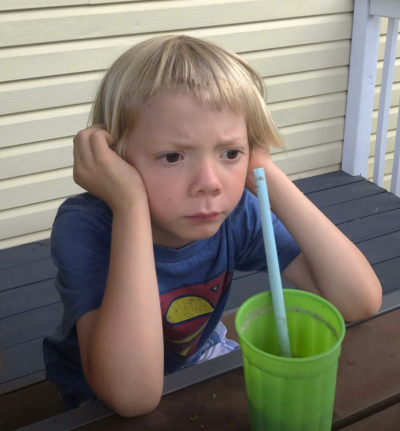 (For both state of his hair and general mood.)

And now! The triumphant after: 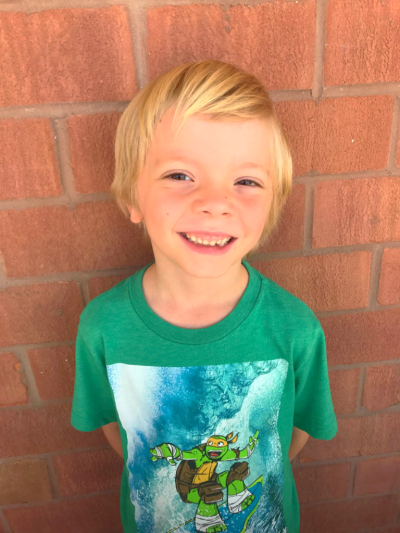 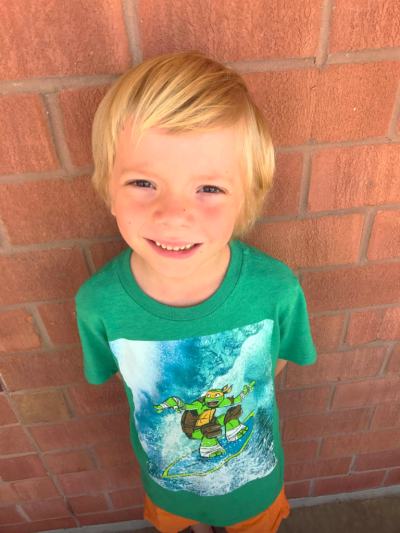 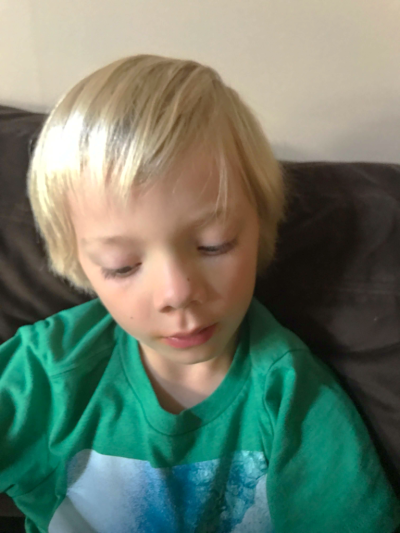 ...and yep, a little bit of Trumpian combover. 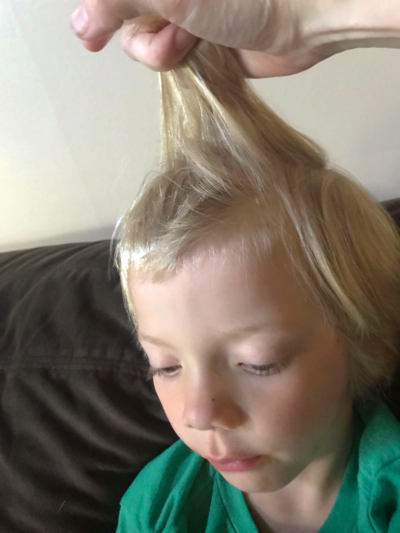 It'll likely require some product until those front bits grow out to keep the camouflage in place, but I think we can do that. He's incredibly happy and relieved and really quite pleased with his new look. "Don't I look SO CUTE AND GREAT?" he asked his brothers as soon as we returned.

(He still thinks he's going to let it grow back out, though. After rejecting all the short hairstyle inspiration pics I showed him, he asked me to Google "Thor" and said yeah, something more like that.)

IKE YOU LOOK SO CUTE AND GREAT!

Buddy! Your Thor hairz will grow back.
Cannot tell you how much I love the baby comb-over technique. Yay IKE!

What a relief that she was able to keep him looking like Ike.

Remind him every few months that only professional people are allowed to use scissors on hair. Any hair. Especially his.

That first pic just makes me wanna cry!!! (And hug him). Great job and love the hair!!! (And giggles about the Trumpian combover!)

Did you show him the new Thor trailer? He got a haircut too ;)

Ike looks SO cute and great!

My sister gave me about the same cut when I was about two years old. I had to rock the super short boy cut until it grew out. I'm not sure I've forgiven her...and it's been almost 40 years. ;o)

Poor "before" Ike! I can just feel his stomach on the floor after that pic...

that after photo made me think "that stylist is some kind of wizard!" Wonder if Thor: Ragnarok in November will make a difference on the hair length preference, Thor is shedding his locks too. He's too adorable long or short hair. Mine keeps his on the long and unkempt side and I think it's super cute.

He does look CUTE and GREAT! :)

CUTE AND GREAT pretty much sums it up! Big Boy Ike is still totally adorable!

I have to admit the short hairz under the long bit just don't look like CUTE AND GREAT Ike we know and love, the combover fix, however, was brilliant and exactly the right magic one needs in this kind of situation. I'm sure someday he'll take a walk on the wild side and give short a try and he will be very handsome and maybe then I'll be ready to accept it but for now I'm glad to see him looking like his happy self.

He's looking good with the new do...hopefully he'll keep the scissors away from his hair from now on!

SO cute and great! Go, Ike!

That is amazeballs! She did a great job. He looks super cute.