Ike had his weight check and successfully gained a pound. Not a huge amount, but enough to satisfy his pediatrician for now. He also shot up ANOTHER inch in height, so I think we have our answer as to where his body prefers to utilize it's calories: Towards total devotion to the fine art of outgrowing all his damn clothes.

Meanwhile, I gained like five pounds during the same time period, as the switch to whole milk string cheese did nothing to impact my personal string cheese consumption.

Luckily! I am healed enough to ride my bike every day again! Which was a thing that started happening this summer, much to my own lazy ass' surprise. And it was one of the first things I whined about after breaking my elbow, perhaps because I knew that I'd prove perfectly capable of eating string cheese left handed. 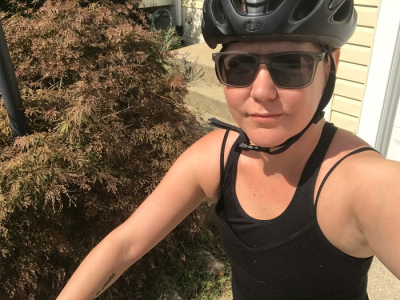 I am staying off hills and could probably get smoked by a toddler on training wheels, but still. I am outside doing a thing!

Back in the realm of the Inside Kids, Ezra came home from school last week and announced that he was taking up the violin, as it has been his life long dream since at least 10:45 a.m. that morning when he learned that violins are something that exist. 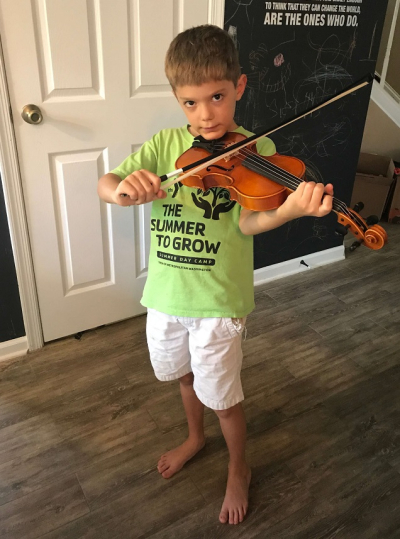 So, to recap, our house now contains: 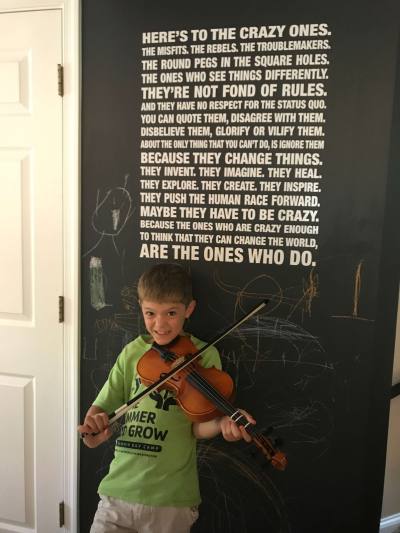 Never has a wall decal been more apt.

*Or possibly just a very loud crow in a maple tree. I don't know much about birds or trees tbh but it needs to shut up.

We had a crow's' nest in a tree next to our house. Not only were they insanely noisy, but they dropped their leftover trash into our yard for the dog to find. It was frequently bones that I can only hope came out of the neighbors' trash cans on pickup day. Worst case, it was roadkill leftovers. Disgusting!

While violins are great, I can't help but feel that Ezra is more of a viola player (Violist: also know as the most awesomely weird subspecies of orch-dorks)

I'd scoot over to the House of Cacophony to get a break from an ever-chirping cricket. :)

My 5 year old and 8 year old also "play" the violin. I'm sure our neighbors love us to pieces.

Metallica for Ukelele made me guffaw. And also maybe play the ukelele a little bit.