This week has been a messy bitch of early school closings, delayed school openings, and our first kid semi-down for the count with a cold. I believe making it illness-free until January is a family best, though, so go us! It shall now ping-pong around our household for the next week and a half, with at least two of us getting stuck with a persistent dry cough until April. IT IS OUR WAY. Also our way. Best not to question it.

In other photos-in-search-of-a-blog-post news, Jason recently got the chance to take Ezra (and Hobbes, natch) to his very first Ravens game. (I've called dibs on everybody's first Broadway musical; Jason claimed all the sportsball and Monster Truck Jams.) 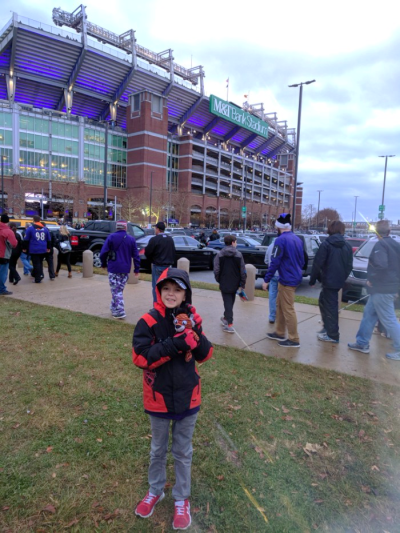 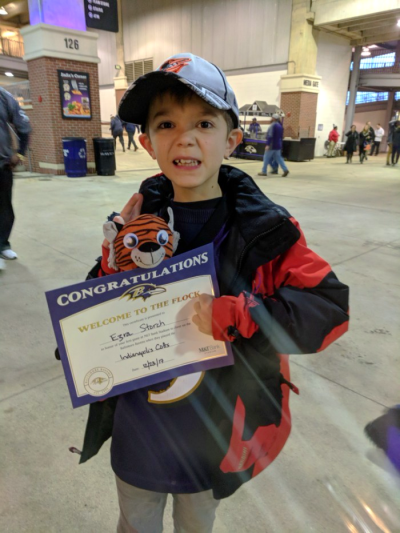 The weather wasn't great but they stuck it out for the full game -- it helped that our team actually won, but really the key to holding Ezra's interest in any live sporting event is to simply keep feeding him. 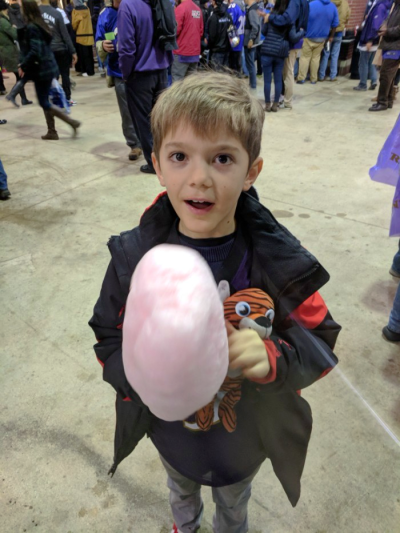 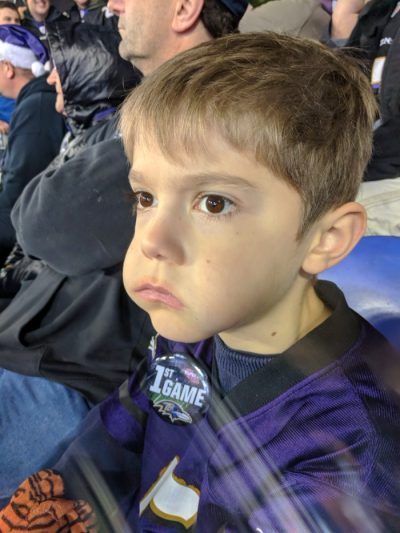 (It also helps to have seats with views of the cheerleaders, apparently.) 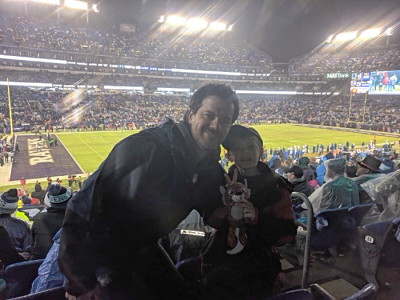 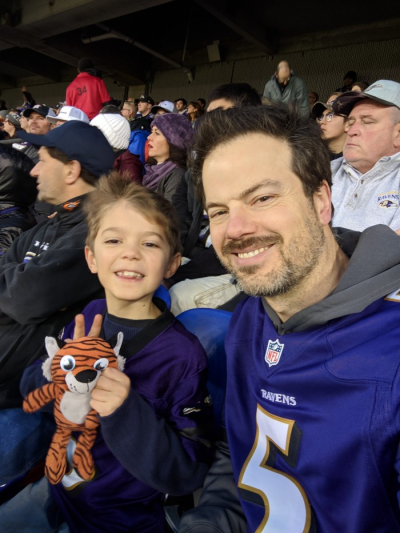 Thumbs-up and bunny ears to some quality Dadding, right there. Ezra had a blast. Ike felt a little left out -- the tickets were free from a friend who couldn't use them; Noah finds live games kinda stressful so it seemed like a good chance to spoil our poor middle child. But he decided Dad could make it up to him with a special breakfast out. Pancakes and hot chocolate, specifically. 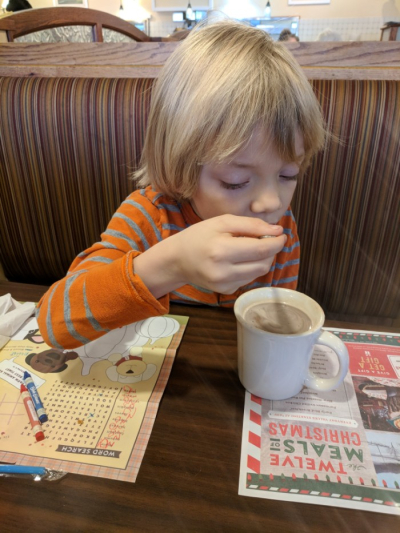 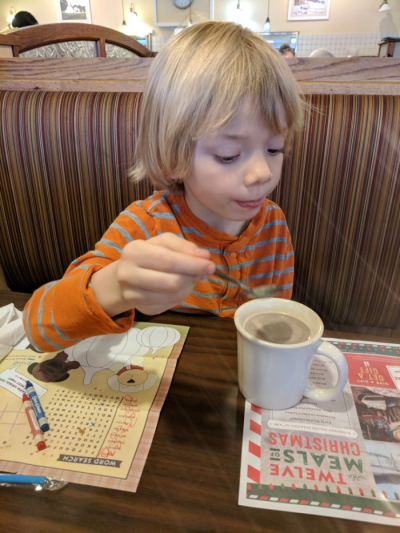 No cheerleaders necessary for this one, though he does very much enjoy people watching and a good word search on his place mat.

Welcome to the flock! I love this so much.

Your whole family is so precious. I hope you all can avoid the sickness. Eat blueberries! Like tons of them! I swear they can ward off the crud.

I cannot even with the rabbit ears on Hobbes. <3