The Storches Did A Thing! 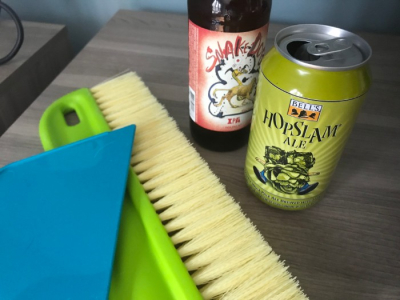 Not long after we moved in, we hat electrician come by and do a couple random jobs -- fixing some faulty plugs, installing extra outlets, etc. We also asked him to wire up some wall sconces and switches in our bedroom. Which he did, and when he called me to come observe that everything was working, I realized that he'd sliced out a huge slab of the drywall rather than...I don't know, I'm not an electrician but I've had this exact job done at two previous residences and neither time resulted in a giant gaping hole running between the outlets.

"I know a good drywall guy for that," he said very nonchalantly.

I bet you do, I thought bitterly, imagining some sinister organized electrician/drywall referral racket. I told him we'd make the repair ourselves.

Which, of course, we did not. We simply pushed the bed back in front of the hole and figured we'd deal with it whenever we finally got around to painting the room. 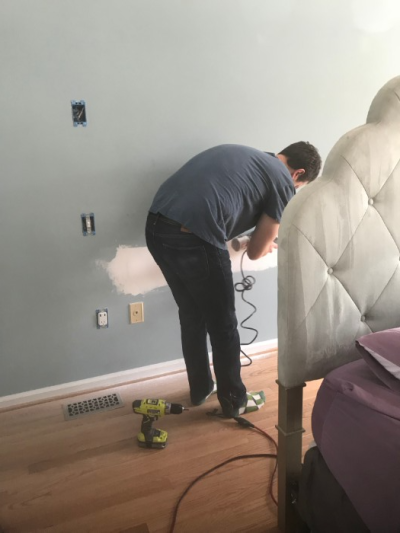 We did not paint the wall, but we (Jason) did fix the hole. And then we (both of our asses) did something else: 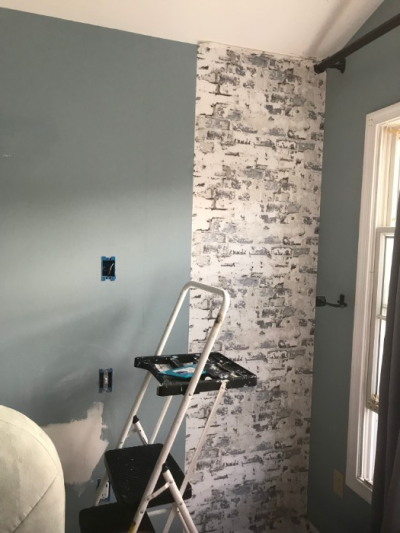 Wallpaper! Who does that anymore? Nobody at all, according to our local Home Depot. Nobody knew where we could find wallpaper paste and hanging tools, and everybody seemed baffled that we were even asking. Nobody does wallpaper anymore, you weird bunch of weirdos!

Eventually a computer said it was Aisle 12. We walked the entire length of Aisle 12 approximately 27 times before finally finding a couple small tubs of paste hidden behind some stucco repair. We bought all the paste they had, and then still had to order the tools from Amazon because those were nowhere to be found, even in Aisle 12.

So a few months ago, Jason had to travel and sent me a photo of his hotel room's distressed brick wall. I did not know why and did not ask, but simply waited for him to provide some context.

He finally followed up with LOOK AT THIS WALL.

Yes, I texted back. I see the wall. It is a nice wall.

THIS WHOLE TIME I THOUGHT IT WAS BRICK.

I JUST TOUCHED IT.

BABE MY MIND IS TOTALLY BLOWN BY THIS WALL. 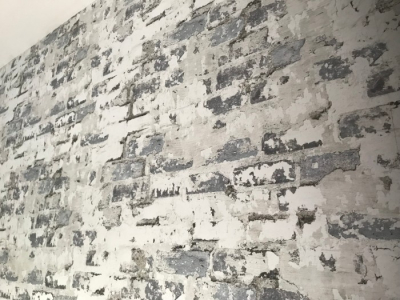 And so we decided to try a mind-blowing wall of our own. 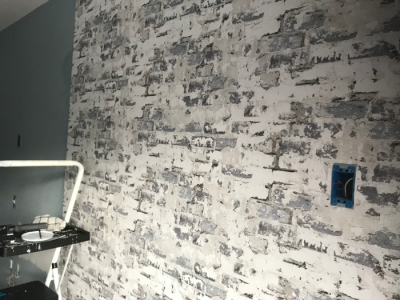 Both of us have vivid memories of our mothers hanging wallpaper. My mom single-handedly wallpapered our entire house floor to ceiling several times over. After spending an entire exhausting day on this one single wall I have no idea how she dd that, and I am incredibly grateful for my modern-minded husband who did a ton of the work. Then again, maybe he's just super passionate about walls. 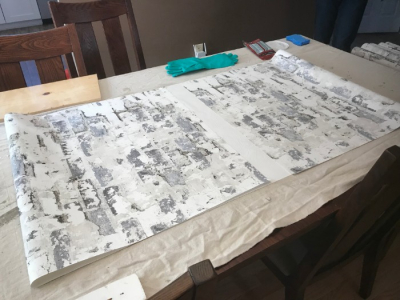 I was really surprised at the amount of math involved. 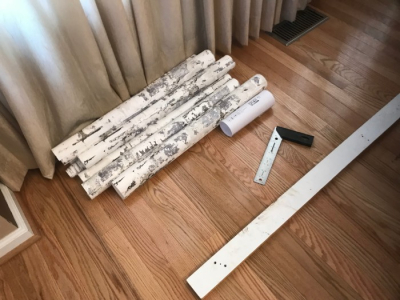 Jason was an engineering major and we still screwed up our measurements twice.

This is the wallpaper we used, and although we initially just ordered one roll to see if we liked it, three rolls arrived instead. That was exactly enough to cover, so...ummmm....thanks for screwing up, Amazon! The whole wall cost us $34.99. (Plus paste, and you'll need a brush, smoother and X-acto knife.) 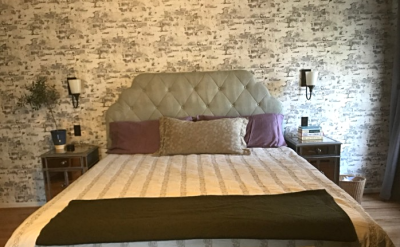 We're super happy with it, actually. It feels like we're living in a hotel. 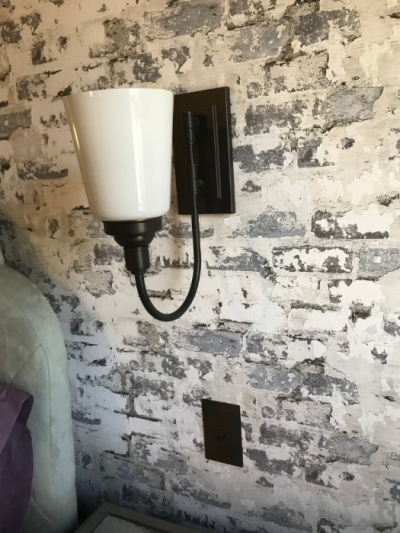 A hotel with walls that MESS WITH YOUR BRAIN. 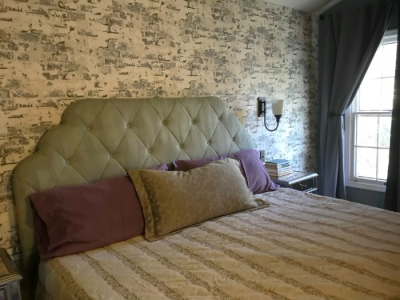 Now we just need to paint the other three walls. Look for that blog post sometime soon in 2024!

I thought that was brick in your very first photo of your wall.

You should’ve asked Noah for the mathz help.

When I was in Junior High my mom decided to wallpaper my bedroom with paper that was in a muted/pastel palette and the design looked like rows of EKG readouts. It was a NIGHTMARE trying to line up those sheets and cut them to match. The last time I ever thought about wallpaper, ever.

Last month I added stick-and-peel temporary wallpaper to a wall in my office. It took some brainpower to match the pattern up, but holy moses was it simple and fast, especially compared to traditional paste and paper. I definitely recommend checking it out if you decide to wallpaper anywhere else!

I actually like those blue-grey walls with the ‘frick’ (faux brick 😉.) Unless you are going the purple route, as evidenced by your bed pillows? I’d personally just get some pillows to match the walls and call it done. Looks great, BTW.

I love it and I also thought it was brick. This looks amazing! I would try this but our 100 year old house has the original plaster walls and they are not perfect (with clearly some patching/skim coating that happened over the years). Great job!

That looks really great! And you were not kidding about a huge slab of drywall, WTF.

That looks wonderful! And Home Depot is clearly behind the times, because wallpaper *is* back in style.

Wow! I honestly do not know how our parents did wallpaper. I DO however remember spending HOURS of my life bored out of my mind in wallpaper stores. Yeah, entire stores that did just wallpaper! I don't even know if that's a thing anymore. But that wall does look amazing!