Waving Through a (Train) Window 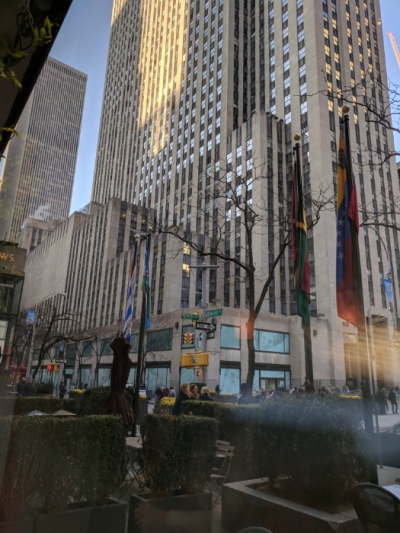 Jason had a jaw-dropping early Valentine's Day surprise in store for me this past weekend: A quick trip to New York City, dinner at Craft, and FRONT ROW seats to Dear Evan Hansen. LIKE. WHAT. AND ALSO !!!!!!

(He also arranged for our friend to stay here and watch our children, meaning we got overnight babysitting for the cost of a delivery pizza dinner.)

Here I trying to avoid having my picture taken at dinner: 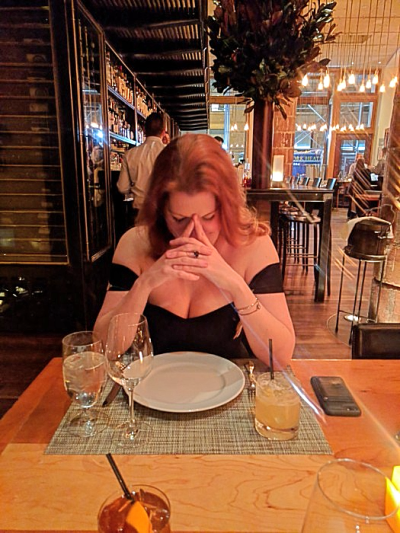 (Or possibly checking out my cleavage, which. Yeah.)

Here is the dessert that I announced I was far too full to even take a bite of after a several-course tasting menu, but dang, it's pretty: 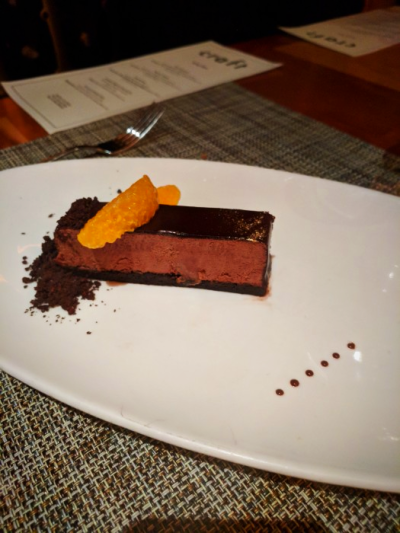 (Please note that I ate every single, solitary bite of this dessert, including the decorative chocolate dots.)

Here I am trying to avoid having my picture taken at Dear Evan Hansen, but Jason wouldn't let me hide my entire face behind the Playbill: 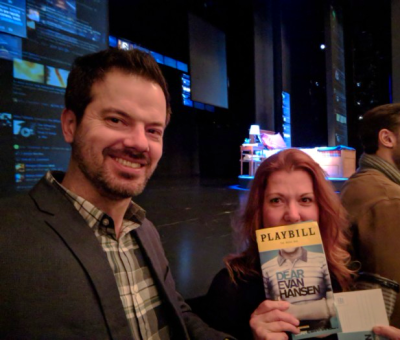 Here is the view of the stage from our seats: 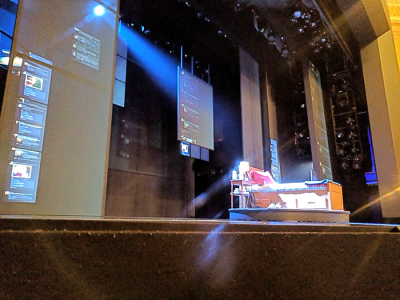 I've never sat so close at a Broadway show, and my initial worry that we weren't going to have the best view was quickly put to rest because holy crap, when you're that close you get an entirely new appreciation for how fucking HARD the actors are killing it up there.

(And if six Tony Awards wasn't enough of a suggestion that hey, maybe Dear Evan Hansen is a pretty good show, let me tell you: YEAH, IT'S A PRETTY GOOD SHOW. I cried an awful lot, but in a way that felt awfully good.)

Here I am trying to avoid getting my picture taken in tacky garish tourist-y Times Square, and finally failing:

(I was having a LOT more fun than it looks, but I had to express my feelings about being Those Tourists somehow.)

(It didn't help that the boys all demanded that we bring home very specific souvenirs, all of which could be purchased in the train station gift shop. We're now the proud owners of a wide variety of cheaply-crafted replicas of the Empire State Building and Statue of Liberty, including a couple in snowglobe form.)

Anyway, it was (duh) an absolutely wonderful weekend and my face hurt from all the (non-photographed) smiling I did. It was a much-needed recharge, especially since schools were canceled yesterday because...I don't know. I saw an icicle. ON SUNDAY. And now it's looking like we might get an inch of snow tomorrow so OBVIOUSLY everybody has to panic and buy bread and shut the schools down. It's how you tell the Maryland locals from the tourists, to be honest.

What a fun trip! And that black dress, ooh la la!

You are so pretty! Don't hide and of yo self! Also Jason is now making me feel like our V-day tickets to the symphony in Seattle are not nearly fancy enough. (He's amazing!)

Were you there on Saturday night?! Me too!!!! It was amazing! And this was Noah Galvin's last weekend performing- so glad we got to see him.

Uhhh first off, amazing chesticles, Amy!!! Also, wow did Jason do a fine job of planning a great getaway!

p.s/ I hated Times Square so much.

May I just say that I am envious of ALLLL of this post?? The amazing Valentine's surprise! The trip! The seats! The dessert! The cleavage! Sounds like a wonderful trip and I'm so glad you got a chance to recharge.

Yup. I'm feeling your pain with the school closures. I'm pretty sure they are going to lose spring break at this point

stahhhhp hiding, pretty lady! You deserve to leave photos of yourself being young and pretty and having a great weekend. Your children will treasure them someday. I am so glad you had a fun getaway!!!!! Love!