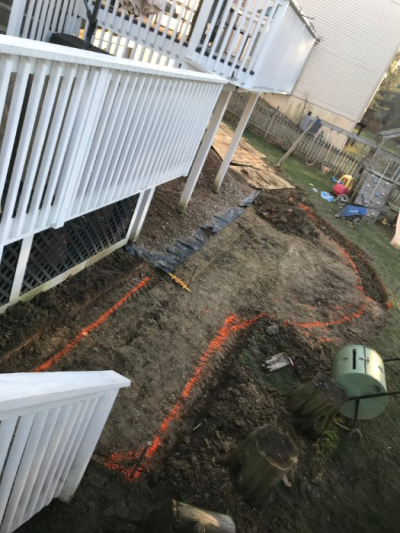 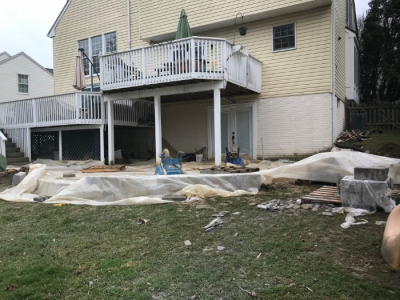 We admittedly chose the worst time of year to start an outdoor project, as the crew can't work in the rain or whatever the hell kind of INSANE WIND STORM swept in last night that canceled schools and sent everybody's trash cans dancing up the street. So right now we have a lot of dirt and rocks and pallets of pavers beautifying our yard.

Also this! Which is delighting the boys to no end. 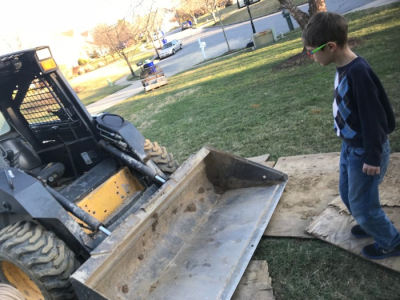 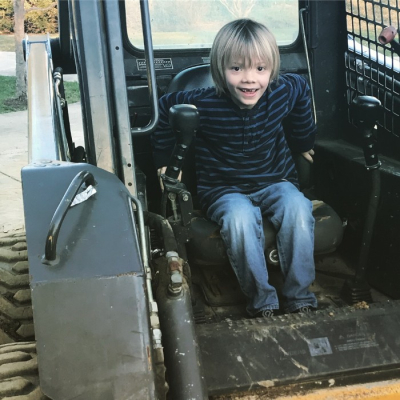 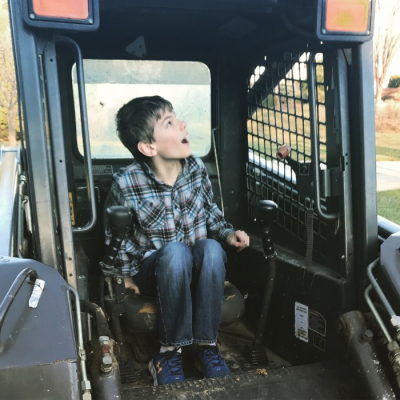 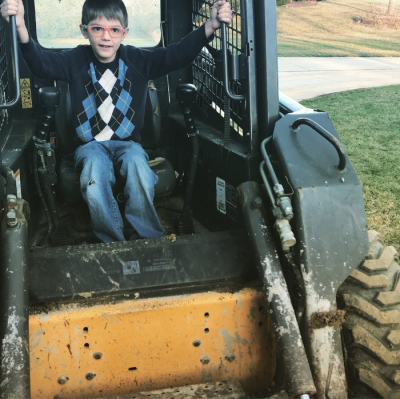 Look at them, not even wearing jackets three days ago and now we're trapped in a sub-freezing bomb cyclone vortex of some kind. All very fine and normal and I am feeling really great about the climate right now!!!

We're getting a patio for two three reasons. One, that area behind/under the deck gets absolutely zero sun and is basically a perpetual, unusable swamp. So trying to do anything in the backyard (be it gardening or s'mores or magical berry gathering) requires you to first wade through several inches of mud worthy of the Fire Swamp. Not pleasant, also take off your shoes take off your shoes omg children stop coming inside with those damn muddy shoes.

Reason two: HOT TUBBBBBBBB. We are getting one. And I am going to live in it.

Reason three is so I can annoy my husband by responding to the words "the back patio" with "we hit your back pati-OHHHH!"

Lest you think I am the only dirty mind here, look at the oven mitt he just got me, which is currently SCANDALIZING our children.

Speaking of Jason, he took care of all the clutter we had under the deck before the work started, including the boys' tire swing, which I suggested he just move over to the swing set. So naturally, he did this instead: 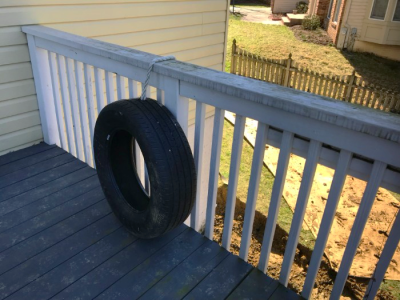 #tirewatch18
Also, OMG I love those mitts. We get to put a new deck on this spring, along with replacing the sliding patio door, so that will be fun to find 1,306,782 other things that will need repair when we pull the old one out...

The tire joke never gets old....at least not for readers like me.

Well damn.... I was already thinking about #patiowatch2018 and then I got to the articles end.... usurped (u-swamped HA!) by return of #tirewatch. Youse house-ventures are so fun to vicariously live... good luck with whatever mother nature has in store for you...this time #diewinterdie

You just had to know he was dying to put another tire on your deck. Now that the boys have grown a bit they can help you swing that sucker over the railing whenever you want.

I want know all about your hot tub!

THE TIRE IS BACK! Tire Part 2: Electric Boogaloo

The Tire that never goes away. Isn't that a horror movie?

Also I love all the Crazy Ex Girlfriend references.

I just started watching Crazy Ex-Girlfriend, I'm two episodes in and plan to savor it slowly all spring. I look forward to the day I too will start referring to the back patio as the back pati-ohhhhhh.