One decade ago, I met a fascinating little human named Ezra. 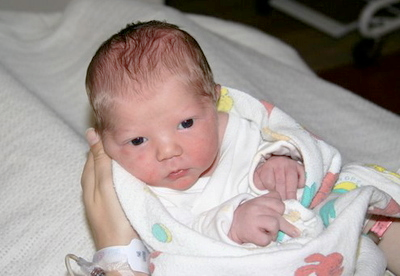 (He was, initially, a little less thrilled to be here.)

Of the three of them, Ezra is the one whose personality seeming popped out fully formed from the womb. He's just a taller version of himself now.

Not to say he's not always full of surprises. We didn't see the flute coming (loves it, obsessed with it), and last week he came home from school and announced -- after years of rejecting any and all team sports like soccer or basketball -- that he wanted to sign up for our county's cricket league. Cricket? Are you sure?

He's a dreamy romantic (currently living through his first predictable heartbreak, alas), a sensitive empath yet wonderfully self-assured and confident, and someone for whom farts and burps are the pinnacle of comedy. He is incredibly kind and quick to compliment others, and insists on holding the door for everybody, because manners. No, he won't take off his glasses, they're important, and he asked that instead of a closet full of Noah's t-shirt hand-me-downs if he could possibly get more button-down shirts.

"I like looking fancy," he explained as we shopped for said fancy shirts at Old Navy. He found one covered in a hamburger print. "This is PERFECT." 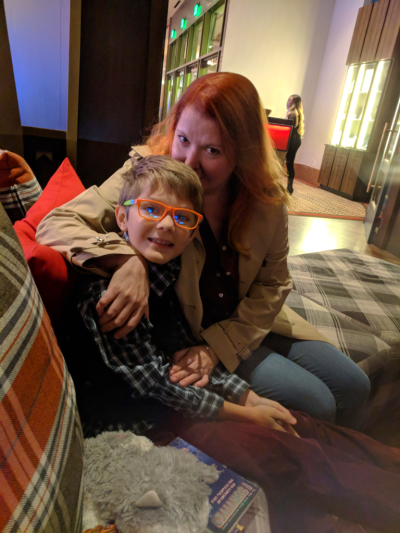 We took him out for a fancy birthday dinner last night, just the three of us. He brought Hobbes and an ancient beat-up dog named Jingle who no longer actually jingles, because he was suddenly stricken with the realization  that he'd never taken Jingles to a fancy restaurant before. So Jingles came along. Ezra decided he would enjoy the soup. 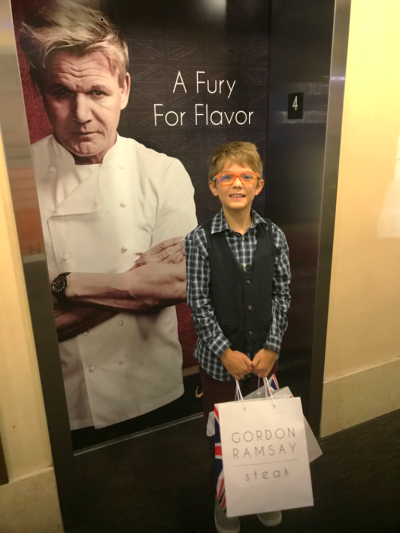 (Ezra, in fact, very much enjoyed the soup.)

For his at-home birthday dinner tonight, he's requested meatloaf and mashed sweet potatoes. He couldn't decide between cheesecake and carrot cake, so I'll be attempting a franken-bake of both stacked together for him. His brothers tried to give him his presents all weekend but he wouldn't hear of it. After school, on his actual birthday, and not a moment before.

Ten. Two hands, ten fingers. Into the double digits. Another year and the continued privilege to watch Ezra be Ezra, in all his wonderful Ezra-ness.

I'm glad I got to squeeze his little baby self at a conference eons ago.

Happy Birthday to Ezra! So happy he exists - the world needs people like him.

No fail recipe! Happy birthday who may be my soul brother of desserts

you need to bring him to India :-) we got lots of cricket and lots of good food. A very happy birthday to the mighty Ez
Mala (longtime reader in Delhi, also with 3 boys :-))

This is so odd because, just weeks ago, I couldn't believe Noah officially became a teenager. But for this post? About Ezra officially being 10 - two whole hands! - I'm like wut? Isn't he like 15 or 20 or something? He seems to have such a sweet and mature soul that 10 just doesn't do him justice. Regardless, happy birthday Ezra!

I hate playing favorites, but Mighty Zah IS my favorite of your kids. I still hope to someday marry him, but the (gulp) FIFTY year age difference may come into play. I don't act my age, so I do have that going for me!
Happy double digits, Ezrah and here's to many, many, many more.

Happies of all Happy Birthday's to the Zah!!

(and, don't tell anyone, you're my favourite kid-of-the-internet. I can play favourites :p )

and because I'm a doofus, I mistyped your name. zzzzz Might Zah. Sorry about that...

My niece made a cheesecake carrot cake one year. I think the recipe was this https://www.geniuskitchen.com/recipe/cheesecake-factory-carrot-cake-cheesecake-114575

He sounds like a super special really sweet, awfully nice boy! Happy birthday to Ezra. I hope all his dreams come true. And good luck with the Frakencake :)

What I wouldn’t give to know that my Cece will meet a kid just like Ezra when she grows up! Happy Birthday to him!

You are a gorgeous family. Happy birthday Ezra!

What a sweetie! Happy Birthday!

I'm with Sue - the Zah continues to be my favorite, although all the Storches are pretty dang cool. Happy Birthday, Ezra. Happy Birth Day, Amy. 10. whoa.

I love all your boys but I always thought Ezra is somehow my spirit animal or something. Anyway, moar Ezra posts, anytime, ok? Happy birthday, sweet boy.

He reminds me so much of my baby (who will be sixteen soon...) We are raising some amazing males.

Ah, the Mighty Zah! He's just such a wonderfully quirky kiddo and I LOVE hearing about his adventures. You should write a book about him! All your boys are so uniquely themselves, but I have a little soft spot for Ezra. :) Happy birthday buddy!

Omg I can’t beleive he’s ten!!! I remember you being pregnant with him! What a sweet little man. I hope he had a great birthday!

Happy Birthday to The Mighty Zah!

Your kids are all amazing and I have loved following Noah's successes and Ike's -- sorry, Baby Ike's :) -- quirky adventures and his precious protection of his hairz :), but Ezra is also my favorite. IDK how long you'll write this blog -- maybe we'll 'see' him off to college or maybe I'll just wonder someday how your wonderful boys who have grown into men are doing. I'm sure as foodies you have or know plenty of chefs, but if Ezra ever wants to talk to a pro, my brother is a chef and works in catering and at a fancy lodge in the summertime. Best part is, Ezra could see Hawaii if they Skype. (This could be creepy af and it's not intended that way. Just offering a connection; my brother had wanted to be a chef since he was a kid.) Happy birthday to The Mighty Zah and Internet hugs to Noah and Baby Ike. :)