Today is our last day of spring break, and in lieu of typing words (which are just terribly passe now, as I learned this past week after watching several dozen of my 11-year-old niece's Tik Tok...videos? posts? tikkity toks?), here are a selection of photos, mostly of Ike, because he is now mostly the only child who still welcomes his parents' not-hips-to-the-Tik-Toks-of-today cameras: 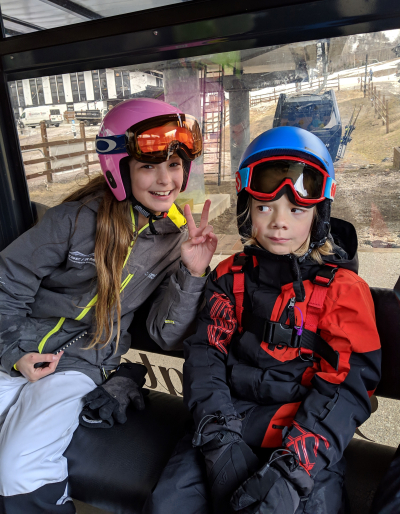 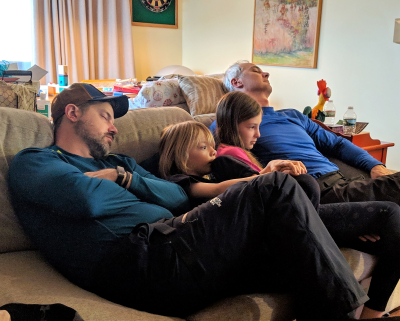 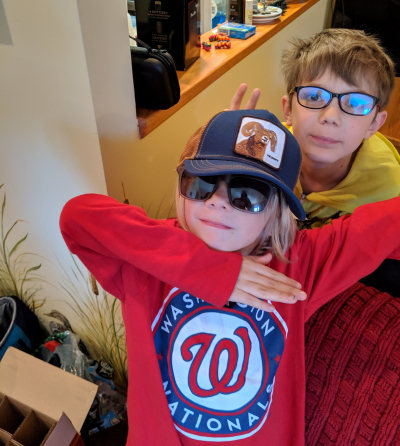 It's funny because the hat contains a dirty joke, and also because Ike kept walking around saying LOOK AT MY HAT I'M JASON.

(I do not believe Jason has ever dabbed in his life, so the impression could use some work.) 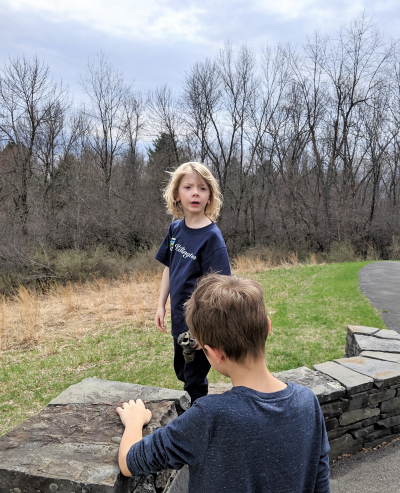 On the drive home from Vermont, we stopped at the Saratoga National Park to check out the battlefield, which was entirely too much "field" and not enough "battle" for their taste.

(We also drove by General Philip Schuyler's house so everybody could sing-yell "THE SCHUYLER SISTERS" at it, because we are totally the first people to ever make that highly-original joke.) 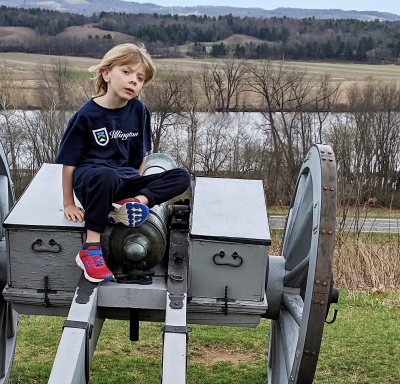 I did get this really nice photo of Ike NOT hamming it up for once.

FUN FACT: I idly opened one of those side boxes and found a little field mouse and its very large, smelly nest. That mouse was probably the highlight of the entire trip for them.

(I did not take a photo of the mouse, because there was also a lot of poop involved.) 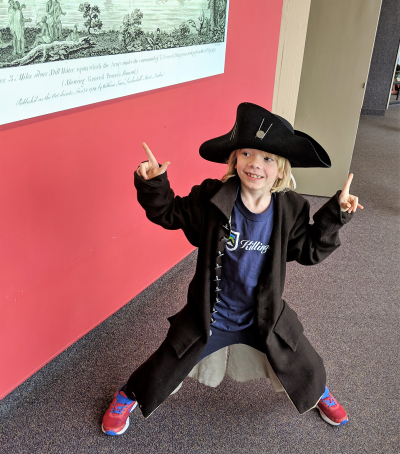 Ike also found some dress-up clothing at the visitor center, which was definitely mouse-free but I can't say I was thrilled with the idea of Community Hats for Small Random Children. 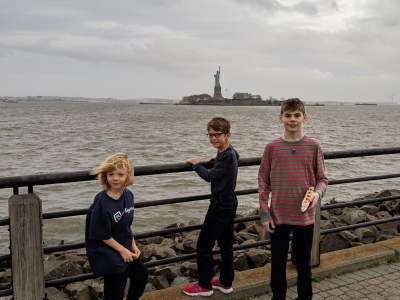 We also stopped at Liberty Park in New Jersey for a quick, windy view of the Statue of Liberty and to continue our photo tradition of Ike's Hairz vs. Wind. Noah brought the Titanic, naturally, so it could see where it was supposed to dock if it hadn't you-know-what. 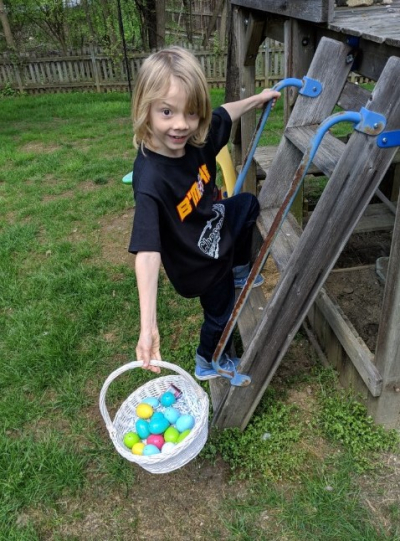 And then we got home in time for candy for breakfast, a backyard plastic egg hunt, the traditional Easter Pizza for dinner and the ceremonial burning of a dozen or so IKEA boxes. 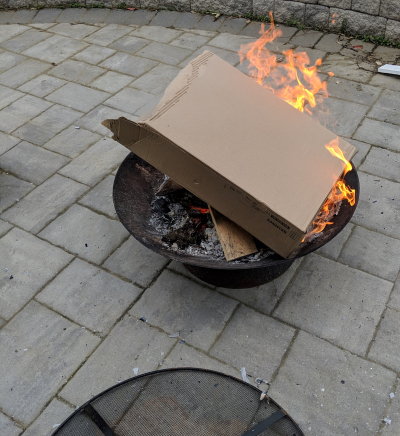 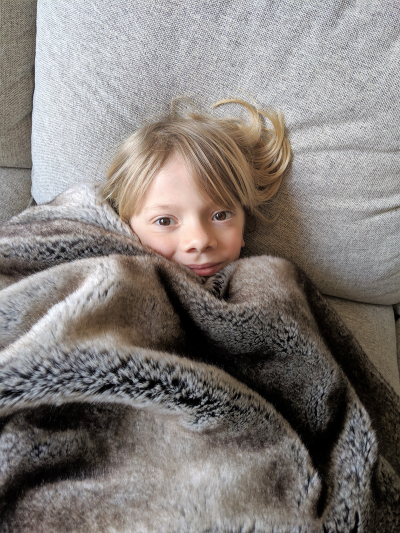 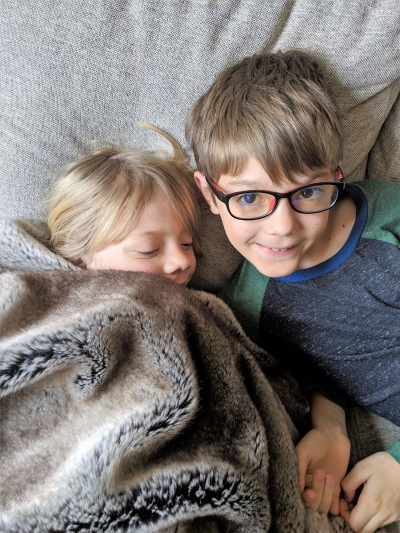 It's been a nice break. Back to school tomorrow, though. And I plan to finally lie down for a minute or two.

You made beautiful and very interesting small humans, Amy. :-) I'm glad you had a nice break!

"Noah brought the Titanic, naturally, so it could see where it was supposed to dock if it hadn't you-know-what." The D-E-A-T-H? I still crack up at the photo of Noah showing the baby his Titanic model. So sweet.

LOVE the Ike-centric blob post!
Glad you had fun on Spring break in the snow. Isn't that an oxymoron?!

How to bury the lede! Kind of like Look I Have A Baby when I swear I see two tall young men standing right next to him that weren't there last month:).

Holy cow Ezra and Noah have grown! (Not that Ike isn't his own story of course:)).

Was the mouse in the box on the left with the messed-up paint job?