It's spring break, bitches. Although pretty light on the "break" part for me, personally. We're heading up to Killington, VT for a few days for our semi-annual "let's cram eight humans into a two-bedroom condo" visit with Jason's brother and family, where there is still SNOW and ICE and BULLSHIT. The seven other humans will probably ski and snowboard while this chicken human will stay inside and likely end up working most of the time.

Work has kind of exploded all over the place for me, in the usual freelancing feast/famine cycle where I go from frantically emailing every work contact I know to remind them that I exist to suddenly juggling 25 deadlines at once. And of course the timing lined up perfectly with us deciding to go nuclear on the boys' bedrooms, so for the past week I've been either 1) working on Very Exciting & Important Technical Documents, 2) up to my eyeballs in IKEA furniture and Lego storage, or 3) just sort of lying on the floor and staring at the ceiling for a sec.

I'm happy to report that the bedroom makeovers are about 99% complete, and everyone is very, very happy with the results. (Except for Noah, who now deeply regrets turning down my offer to re-claim the Big Bedroom and is very jealous of Ike's cozy new space now that we've divided the room in half.) 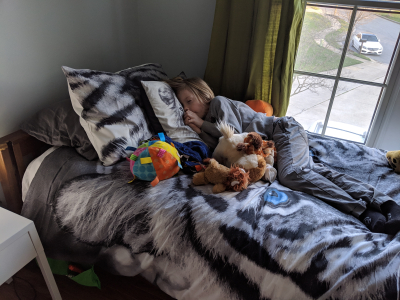 Ike has spent every night on his own just fine, nightmare-free, although last night when I went to tuck him in I found him sound asleep on the floor for no apparent reason.. Just like old #NOTTIRED times!

(He's also been keeping the room damn-near SPOTLESS, and MAKES HIS BED without me even having to ask.) 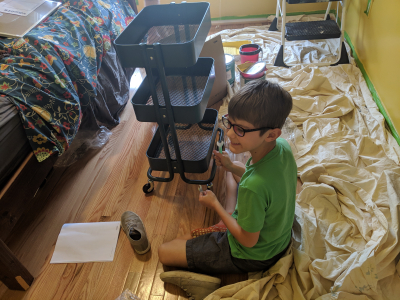 Ezra assembled his very first IKEA project completely by himself while we painted. He chose the color "Damask Gold" after falling in love with the name, and at first I was concerned we were going to end up with our own Velveeta Cave. I'd say it's more like boxed macaroni & cheese, but like, a fancy organic kind. 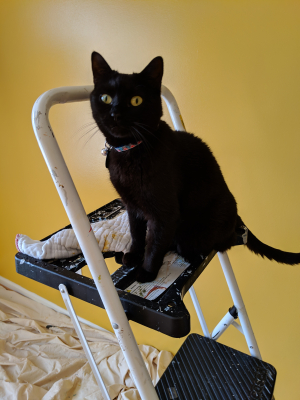 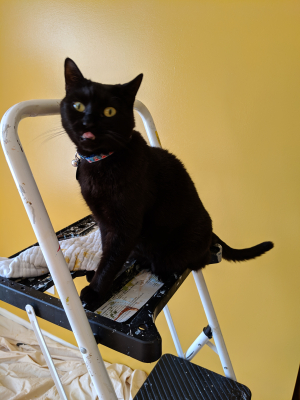 Photos of the full finished projects coming soon! First I have to distract my children while I surreptitiously haul out several bags of "trash" to the curb before they realize they're full of Happy Meal toys and preshus school artwork from kindergarten and other assorted battery-powered noisy blinky things.

Have fun on Sprung Break. Hope nobody breaks anything.

I can't wait to see the finished rooms! My two oldest boys are 15 and 13; they shared a room until they were 10 & 8 when their little brother came along. Before the interloper was born, we got rid of the bunk bed and bought loft beds, desks and storage from Ikea, and we let them pick their own paint colors for the walls. The older one went with a forest green, and the younger with a pumpkin color. Both great, bold colors and went so well with the new darker laminate flooring. My parents never updated our rooms the whole 18+ years we lived in the house, so I thought it was a lot of fun.

Absolutely love that you let your children choose their room decor. 💕 I too pick paint by the color names. 😉