Home Archives About Subscribe Advice Smackdown Tip Jar
Five Things, Only Two of Which Are About My Pets
Of Growth and Change and Razors

It's the last week of school here; or more accurately, "school," because it's all free time and movies and water balloons from here until Friday. Soon I'll be the mother of third, fifth and eighth grade children. One of whom is going to be officially taller than me in about five minutes. 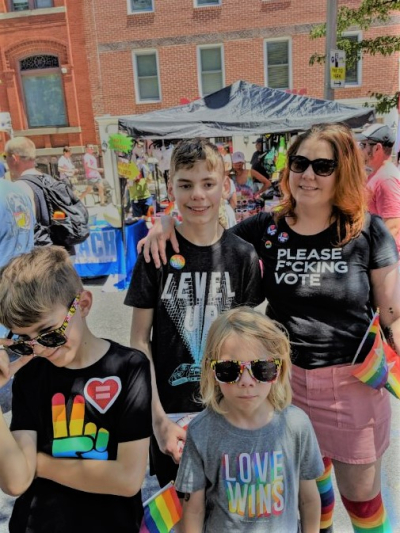 (Maybe even sooner if my hair keeps deflating in the humidity like that.) 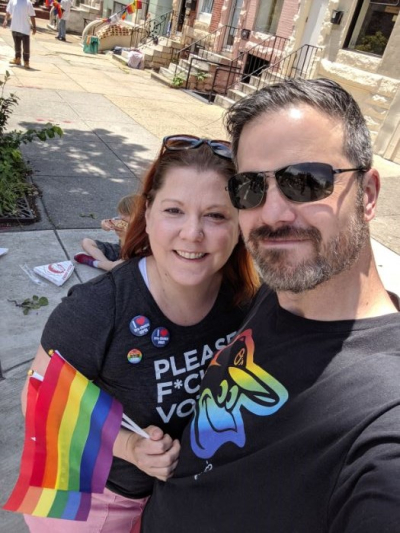 This is the finish line of the annual Baltimore Pride High Heel Race, which you will be SHOCKED to hear I did not enter. Just watching it was the most terrifying 30-plus seconds of my life, as all the various ankle/knee/elbow/face/butt injuries I've accrued over the years flashed before my eyes.

(Someone pls buy me this shirt.) 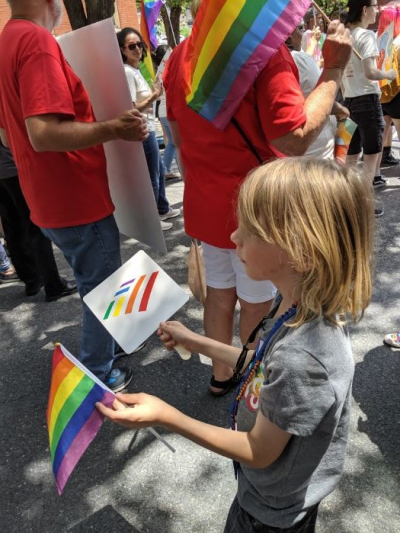 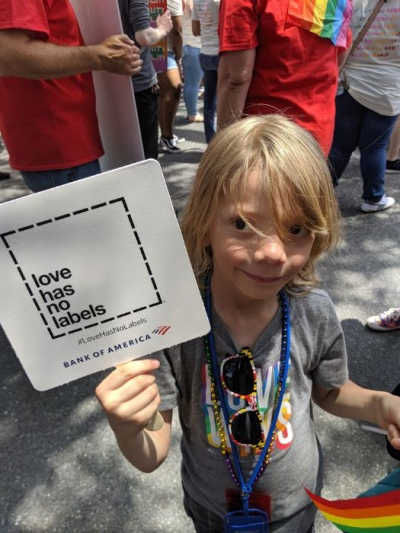 Ike's been wearing those necklaces and various lanyards everywhere since Saturday; please note that I at least removed the condoms from several of them before he went to school this morning.

Jason and Ezra had to leave the festivities a little early to attend sushi-making class. 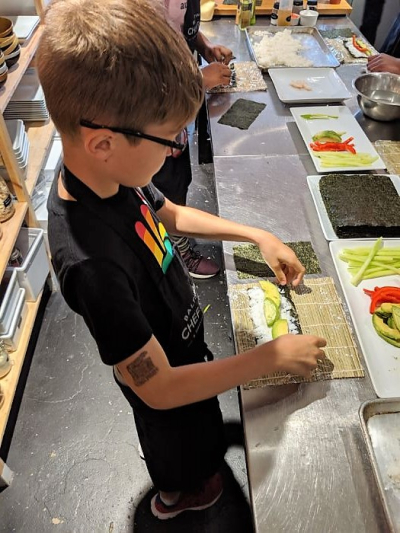 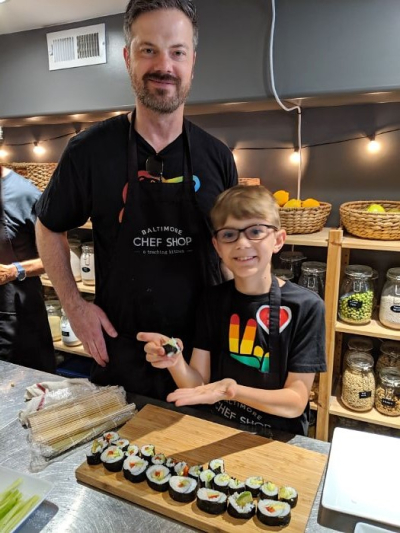 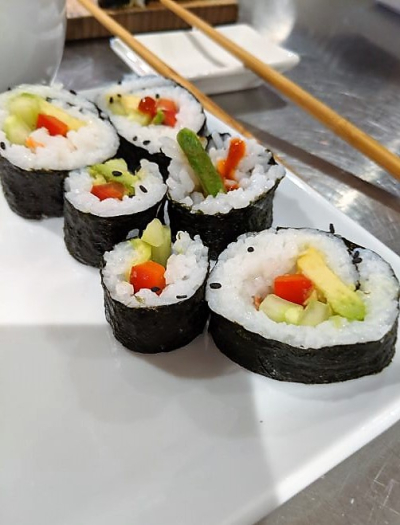 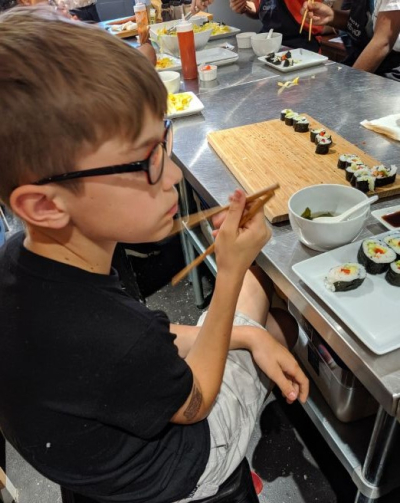 Ezra only ended up eating about three pieces of actual sushi, because he ate every single leftover scrap of avocado, pepper and cucumber off every single prep station in the class. So I guess we technically bought him a crudites-making class with a side of sushi rolling. (He'd also eaten some Sidewalk Pizza, a corn dog and a couple lollipops tossed from the parade floats by drag queens. Then he came home and announced that he was starving, when's dinner?) 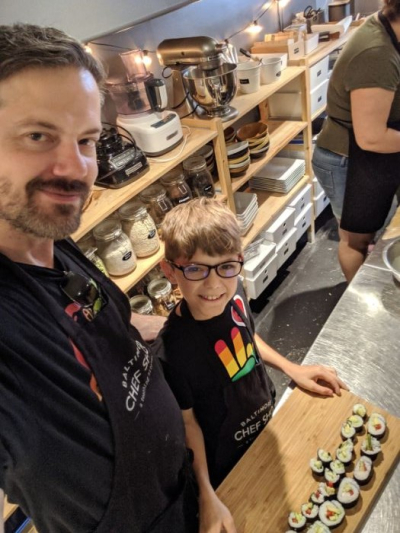 My big hair is the only think keeping me taller than Nyoka! Happy Pride!

Just a note that 1. seaweed sheets are cheap (Amazon or eBay or local ethnic store, packs of 50-100 sheets are $10-$20 and that's a lot of rolls of sushi), 2. rolling mats are cheap (like, thrown in with the seaweed *or* 99 cents or less), 3. while it is not authentic, you can use regular rice instead of sushi rice and it works okay, and 4. rice vinegar and sesame oil: also cheap. (I assume you already have sugar, and soy sauce for dipping, and as evidenced by the crudites platters, you can put all sorts of things in the middle. We tend towards leg-style "krab" as the central protein.)

So, fake-sushi at home for *cheaper* than the average meal: yep. I found this counterintuitive, so I thought I would mention that this *could* be a home hobby if you wanted. (this does not work out so well if your other progeny are sushi-resistant, however, or if you have a sushi-must-have-raw-fish purist; the cost comes from the fillings, not the rest of the sushi roll)

Second, that shirt! I must have that shirt, thank you for letting me know it exists.

Brava! I love the message you give your kids and the rest of the world. Love is love! I have read your blog for years now, I don't think I've ever commented as I'm just not much of one. But just to say, I've been following along with all the ups and downs of life, and I think you are super-fantastic. *heart emoji*

OMG - that shirt! It's awesome. You must get it (or perhaps I must get it).

I need to know where you get all your great message T-shirts!!!!

That shirt is from Baltimore Print Studios! Online shop:

Your pride shots made my heart sing! And THEN there was a chorus of "Wonderful, Wonderful!" at the Sushi Workshop. I'm glad Chef 'Zah continues to count cooking among his other interests.