Our marriage is now officially old enough to buy its own beer. 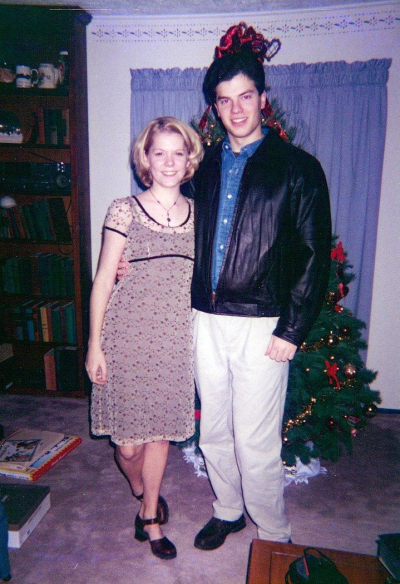 Which was not something either of us could do (...legally, anyway) back when we started dating. Or something half of us (me) could do when we got married.

(I miss that dress. And those shoes! The Dharma haircut not so much.) 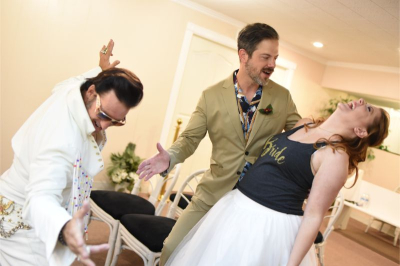 But since we already did that last year, we're going to do this instead. You can take your relationship (way, WAY) out of the 90s, but I guess you can't take the 90s out of the 40-something Gen Xers who are like, SO PUMPED FOR IT.

Happy anniversary, J. Thank you for this wonderful life I get to live with you. 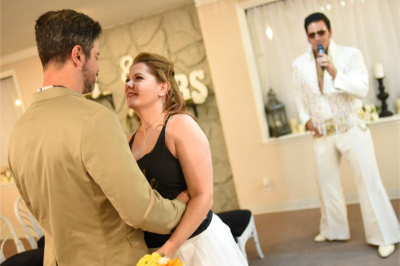 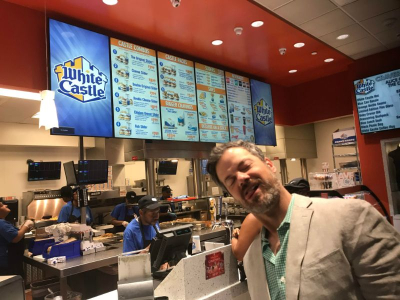 Happy Everything to a Great Couple.

Went to that show at Jiffy Lube a few weeks ago. It was awesome!! You’ll have a blast!

Look how young and cute you two were, and how beautiful you both are now. Happy 21st!

Happy happy 21st to you kids! So cute - you were babies when you met!

Congratulations!! 90s me loves your whole look so hard. And yes, to echo, goodness Noah looks like Jason.

So incredibly happy for you both!

tbh i am here for the dharma haircut; you wore it well. happy anniversary, you crazy kids.

Happy Anniversary! You two are adorable!