Blow Us All Away, Part Ezra

Thank you, thank you, every one, for the (always consistent yet always surprising to me, somehow) outpouring of love and support for Ike. And me, because meeeeeeeeeee. I know he's going to be just fine. 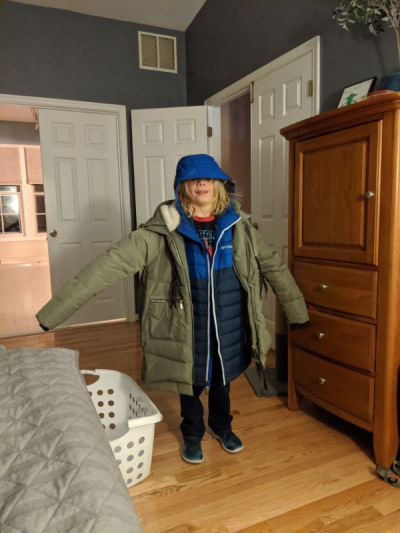 (A more literal interpretation of how I wish I could send their little hearts and minds out into the world.)

Anyway, let's PIVOT TO EZRA for a moment. Ezra actually started out this school year as The One I Was Most Worried About, because he was also experiencing a lot of social/recess-related anxiety. He had a pretty important friendship fizzle out last year, and coupled with the fact that he's very much an Inside Bookish Type Who's Really Just Waiting Around For Adulthood at this point, he no longer knew what to do at recess anymore. Sitting around on the Buddy Bench while contemplating the complex contradictions of his being was getting old, tbh.

So he joined the school safety patrol, which meets weekly at recess. 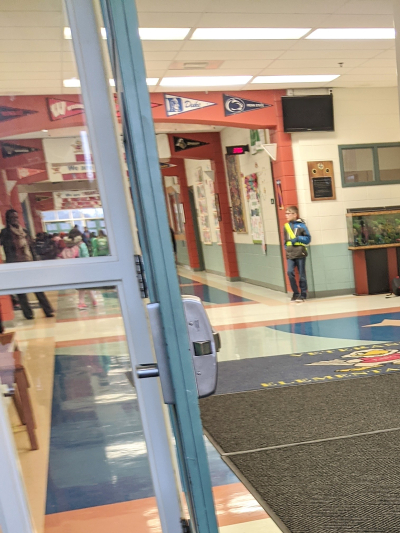 A dear friend of mine had business cards printed up for him, because he totally remembers what it's like to be a kid like Ezra. 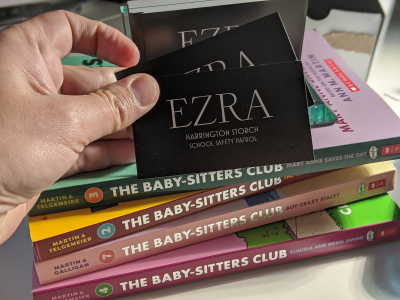 (The Baby-sitters Club books were a gift from another grown-up friend who also deeply understands my children. They are Ezra's favorite thing right now, along with everything and anything else by Raina Telgemeier.)

He also joined his school's career readiness program, because of course he did. That's another couple recesses a month spent mercifully indoors with like-minded peers, following his dream of writing and illustrating his own books. Like Raina! 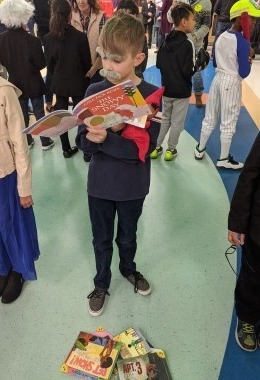 Last Friday was his school's Living Wax Museum, and Ezra went as...well, Ezra. (You may remember Noah as Alexander Hamilton, about three or four Obsessively Preferred Topics ago.)

Ezra hauled out our entire EJK library for his props, and also made this: 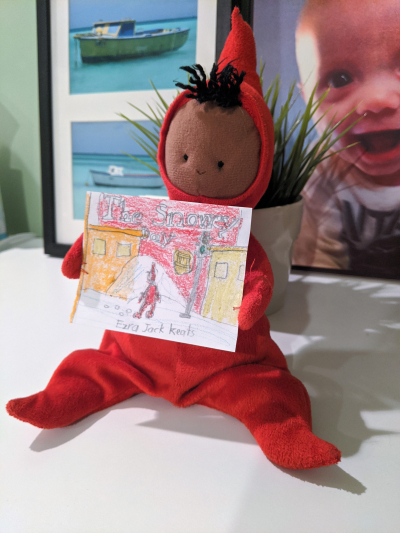 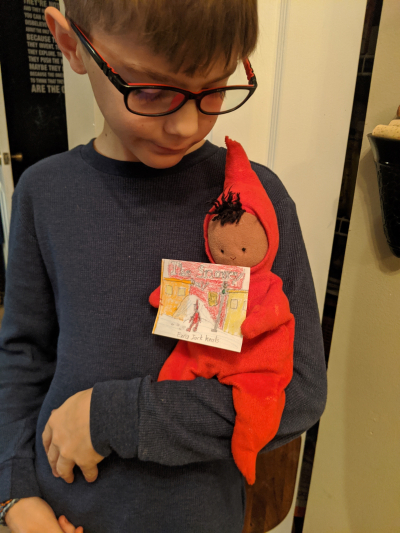 I think the OG Author/Illustrator Ezra would've been proud of him. I know I sure was.

OMG I so feel Ezra's little self. I would have so preferred to just sit at my desk and either read, write or illustrate stories. I love that schools are now allowing kids to have a choice in their recess time vs. forcing them all into the same box (i.e. you must be athletic). And well as one who is over 40 and still has her Ezra Jack Keats books from childhood, GO EZRA. Love this.

Ezra is all things awesome and amazing. How do you not just eat him up?

And if I may name-drop a bit...my grandma dated EJK way back in high school, and they remained lifelong friends. She’s turning 101 this month.

Ahhhhh so much cute.

Your children are just so incredibly cool. I love how you share their "realness" but don't shy away from how freaking awesome they are. My two boys are about the same age as Ezra and Ike (my older one is in 6th grade though -- January birthday). They're both, um, atypical and complicated... and sometimes I forget to embrace their coolness. Your posts always, ALWAYS, remind me of that. Thank you, Amy. Happy Holidays.

I also hated recess the older I got. I just wanted to stay inside and read a book nine times out of ten. Or help the support staff with office tasks if allowed because I loved the smell of the mimiograph machine when it was running.

I gave The Snowy Day and Peter to my best friend's daughter (who was 1) when I was pregnant with my son. Helped tons ... and she and my son are still cousins after 8 years!

I love this! Reading about your kids is a highlight of my day for sure. I love how they are all so different and unique but even though i mostly just know you from your writing I can still see how each one resembles you. You’re a lucky momma, and they are such lucky kids. Your appreciation of their uniqueness comes right through your writing.

I would have killed for some of those activities as an elementary school kid.

Just FYI, you can see what elementary school they're at in the photo of Ezra in his sash (it's on the floor). It's possible that I can only tell because we live in the same county but I thought you should know.

My guy who likes Raina graphic novels also enjoys the “Witch” ones by Molly Ostering, starting with “The Witch Boy.” They follow a boy who wants to be a witch (a “girls’” calling in his magical family) instead of a shape-shifter (the “boys’” calling). You might want to give them a try for Ezra.

After 13 years old I spent the recess in the school library reading a book. Reason was girls decided they just wanted to sit around and talk while I just wanted to play at something. Talking just made it very very clear we had nothing in common. So I would rather read a book. It took years for the rest of the class to get used to me going about my own business. I was totally an adult-in-waiting and the day I finished school was the happiest of all. Loved school, didn't get on with kids.

I have horrible memories of pretending to be a horse girl at recess (and I hate/fear horses) because all the other options were too terrible to consider.

Raina has a new book out that, among other things, deals with her issues with anxiety in grade school. If you haven't already, definitely check it out!

OMG the tiny EJK is amazing. I'm a teacher and I LOVE doing wax museums with my kids.