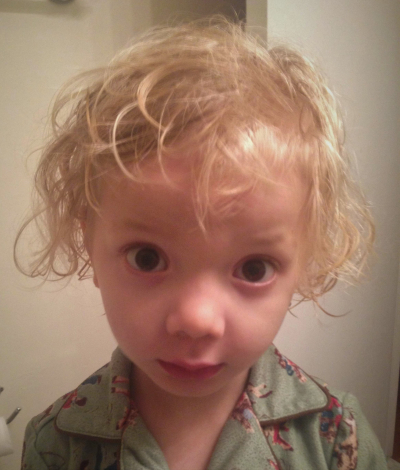 Happy 9th (!) birthday, to my beautiful, beloved Baby Ike. And his Hairz.

Today isn't the sort of birthday I hoped for him. There will be no party at the roller rink, no cupcakes and goody bags for his friends at school. I'm making his favorite pumpkin cake, at least, and Jason managed to track down what seemed to be the very last number 9-shaped candle in our town. We'll be able to get ribs from an actual restaurant and eat them outside, which is more than seemed possible just a week or so ago. Noah had to draw him an IOU because his present didn't come on time, because ha! Remember when things came on time? Remember how annoyed you used to get when things didn't come on time?

This isn't the sort of world I hoped for him either -- the sort of world that, in all my naive white liberal bubble privilege, I thought already existed. A world that wasn't a fragile, roiling tinderbox of chaos, hatred and ignorance about to fully erupt in flames.

And justifiably so. I am so angry. I can't stop crying. I hate how many times I've mentioned myself already, like I have anything to do with anything right now.

I want to take them to the marches and protests and vigils. I want them to know and see what's going on, and why, and what the world -- the real one -- is like for people who are not us. I want them to know that #BlackLivesMatter is more than just a phrase on one of the signs in our front yard.

But then I wake up in a cold, panicked sweat after an anxiety dream about getting coughed on in a slightly too-crowded elevator, and realize I'm probably not in a good place for that sort of thing just yet.

This isn't the sort of birthday post I ever thought I'd write. I should probably just go stress-bake that birthday cake already.

At nine, Ike is crazy about animals and obsessed with the Avengers. He wants to be a vegetarian but loves ribs too much (and most actual vegetables not enough). He hopes to be an author someday and thinks he'd like to be a vet or work at the zoo -- the "good kind" of zoo, he'll clarify, the kind without cages -- as a day job. The worst part of quarantine is that his Switch broke the very first week, right after Nintendo closed its repair program. The best part of quarantine is nobody can get haircuts, especially him. Guardians of the Galaxy is his favorite movie, but Thor and Loki are his favorite characters. Because brothers. 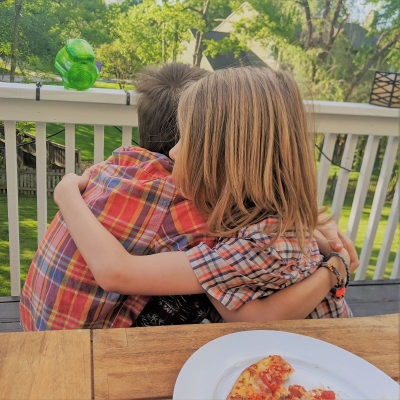 Brothers are definitely his favorite.

And this crazy, upside-down, on-fire world is definitely a better place because this little human is in it. 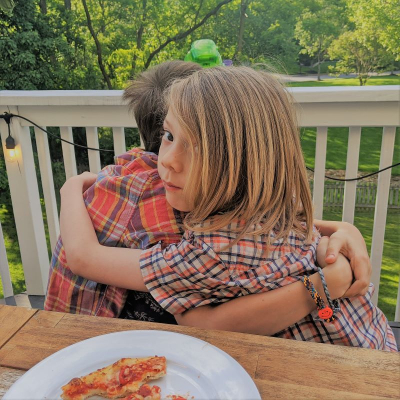 This made me tear up. So lovely! You are doing a wonderful job with your boys. Who could have ever predicted we would need to learn how to parent through a pandemic?!

And thank you for the link -- I just ordered a pack of signs!

Amy, I have no words for what the world is going through, but I want you to know that your posts inspire me to do better. I'm going to a vigil here in Canada this weekend, because they aren't just words, and words aren't enough.

Happy birthday baby Ike. I hear that 9 is a most excellent age.

I love your boys. And I love how much they love each other. You two have done a great job raising these little humans. Keep up the good work.

Happy Birthday, Ike. I hope he enjoys his day and that he is still Not Tired.

Your boys are such wonderful people. Your family makes this world a better place to be, and I know Ike is going to make a positive impact on the world when he grows up, just as his brothers will.

Just how in the Sam Hill did our Baby Ike get to be 9? I hope that he had a most excellent birthday and he enjoyed his ribs and pumpkin cake.

My biggest baby turned 8 last week. He got a huge LEGO Ninjago set for his birthday so his day was awesome. Oh what strange times we are living through right now.

9?! How! I've been reading since before Ezra was born, but somehow the years keep surprising me. Happy birthday, baby Ike!

Also: hard same on wanting to go out there but having too much anxiety to. In donating, educating my mom on the issues, and amplifying voices. I'm trying to find some peace in that.

*** Everyone needs to know that “The Hate U Give” appears to be free from Cinemax right now. I watched it last night On Demand, and we don’t have Cinemax. I highly recommend it for your boys. They use the “F” word a few times, and there’s the expected/needed for emphasis violence, so maybe you should watch it first, BUT I ABSOLUTELY CANNOT RECOMMEND IT ENOUGH OR RIGHT NOW TODAY TONIGHT PLEASE. Everyone. “The Hate U Give Little Infants F’s Everyone.” PERIODT.

I didn’t realize that Ike and my foster son have the exact same birthday! So fun. Here’s to NINE and making the world BETTER.