On the one hand, getting out of the house once in awhile to do something "normal" is Very Important from a mental health perspective, as is supporting local businesses, especially bars and restaurants that are doing their best to keep everyone safe.

On the other hand... 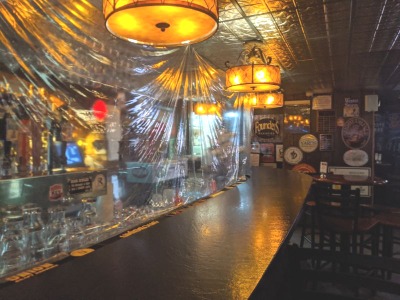 Everything remains weird and terrible and I hate it.

Things I do NOT hate, however: 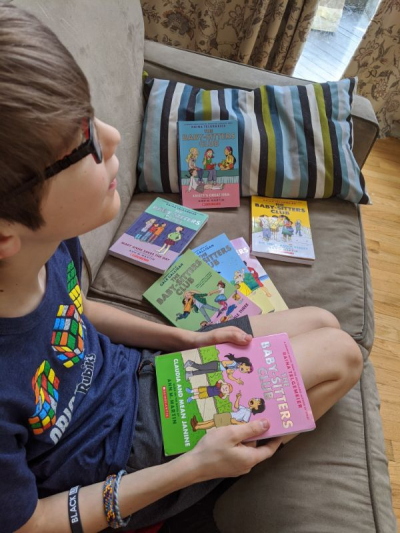 Watching the new Babysitter's Club series on Netflix with Ezra. We binged the entire thing in a day, highly recommend.

Then I made the mistake of looking for the original books on eBay for him and remembered that I gave away my massive, almost-the-complete-series of first-edition books (INCLUDING EVERY SINGLE SUPER SPECIAL!) to my niece before I left for college and holy shit, I should've saved them. Not just because I know Ezra would love them but because they're now worth enough to be like, a down payment on a goddamn car.

(Good news is that the collection of 1980s Strawberry Shortcake figurines that I DID hold onto, and have lugged around in a trunk from my parents' attic for the past 22 years, would probably sell for about 20 whole dollars. So I've at least got that investment going for me.) 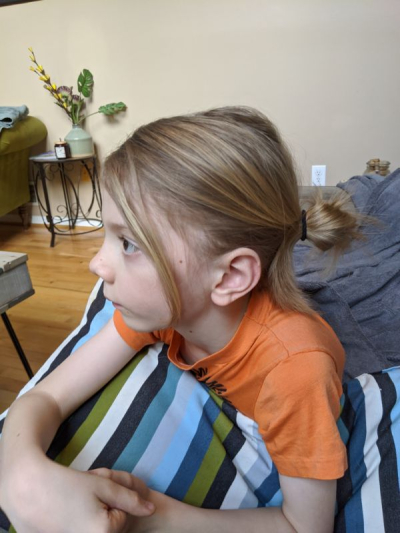 I also do not hate Ike's new messy manbun. He made me Google photos of "chris hemsworth manbun" before he would let me attempt this the first time. 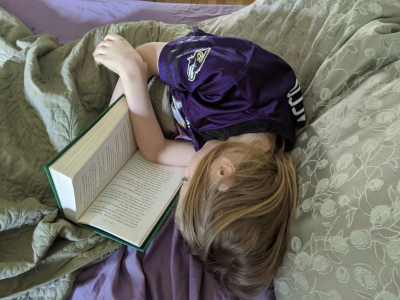 But while he's currently going for Thor's hairstyle his heart really belongs to Loki. Every day around lunchtime I take a break from work and we read a chapter or two of Loki: Where Mischief Lies, which oh my God, features the Most Emo Loki Ever. So now Ike wants to dye his hair black and get a head start on his own Emo Phase because nobody understands him except for Loki and Ezra and Mom and his cats and I guess a few of his stuffed animals.

I suggested maybe we go for Loki's black fingernail polish first, for now.

This last paragraph? The author would LOVE this. Mackenzi Lee spoke specifically about how she wanted Loki to speak for misunderstood goths and sad teens. Glad it's working for Ike too!

I highly recommend the Baby-Sitters Club Club podcast! It's two men in their thirties who have been reading and discussing the series for a few years now. They've covered all of the main canon and were just getting into the Friends Forever series when the show premiered, so now they're covering the show. I think both you and Ezra would enjoy it. I would start from the beginning because they've built up a lot of mythology over the years, but the most recent episode has an interview with the showrunner for the series, which is delightful.

My Simon is a year younger than Ike and has just jumped right into his wee goth phase. No hair dye requests yet, but his 2nd grade graduation present (new bedding) is black sheets, a black soft blanket, and a black duvet cover with SKULLS. He was thrilled. For his 8th birthday cake I ventured into the land of fondant and made it black with a skull and cross bones on it. Long live little emo kids!

Have you watched the documentary on Netflix yet? The Claudia Kishi club?

Baby sitters club original here! (And how old i feel as i write that). I was in elementary school as i read/collected every single book. Back then my grocery store had the most current ones for 3.99$! I was hard core. I even had the calendar. My mom and I loved them! But then i grew up and moved away and the books went to goodwill. 5 years ago my mother says, OH!! ID LOVE TO READ THOSE AGAIN! So now i've been (since before covid) recollecting and paying way more then what i did as a 10 year old for these! I can't take the new looking ones! I can't wait to binge watch the netflix series! Did you and your mini ever watch the original Baby Sitters club movie? I recommend it too.

My mother saved random BSC books of mine. My 9 year old is loving reading them - and wants more. Sigh. Why can’t they be available as cheap ebooks?

I attribute being a speedy reader to the BSC. And my love of books in general really.

@Megan That is amazing. I hope Mackenzi Lee would also love that her book is being read by a kid with dyslexia and dysgraphia who is powering through his first real chapter book with a ton of "big words" (using his special highlighting bookmarks) because her Loki is absolutely speaking to him!

Recently got Babysitters Club books 1-8 (with original cover artwork) at Costco as a bundle AND it comes with a collector's edition bookmark! Score!

I feel your pain! I was one of the models for the series through about #20. I have a copy of #1 that I picked out of a Free Library about a year ago -- that's it.

They've got the originals on Kindle for a couple dollars per book! FYI! I have my books in the basement, but I don't have the full collection. I re-read the first three after watching the Netflix series and they hold up! Ann M. Martin was a solid writer.