Ezra's always been particular about his shoes, at least compared to his brothers. For years his sneakers had to be red. Then they needed to be Under Armour and red. Then he went through a phase of preferring the "fancy" shoes we bought him for a school concert. (They were essentially just gray slip-on sneakers we found at Target on the way to school because shit! There's a dress code! Their closets are not stocked for dress codes!) Last summer he picked out a pair of Vans and has literally worn nothing else since. I knew they were getting small for him but he wouldn't even consider replacing them.

Then, during his second or third re-watch of The Babysitters' Club on Netflix, Ezra fell madly in love with a pair of shoes. He wanted those shoes. He NEEDED those shoes. He rewound the episode to pause on a scene so I could get a look at the shoes.

The shoes in question turned out to be a limited edition Converse Pride/Miley Cyrus Chuck Taylor high top from several years ago. He was a little disappointed, but asked if he could get a similar pair from this year's collection. I told him I'd think about it, since it's not like "back-to-school shoe shopping" is even a thing right now.

(I was joking, obviously.) 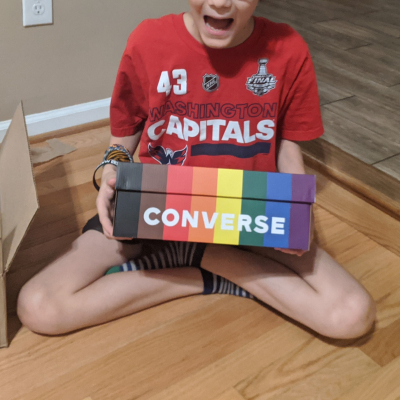 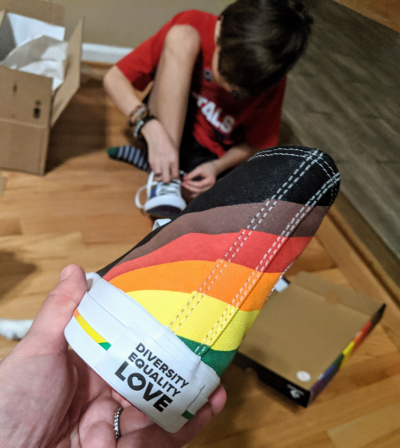 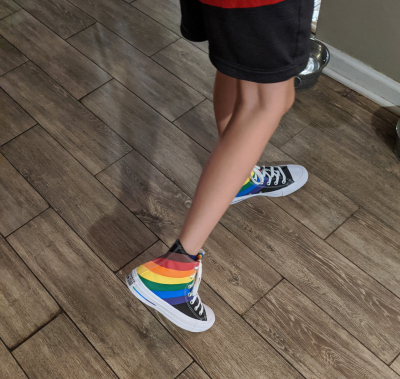 Meanwhile, Ike started a small non-profit in our dining room. He is hoping to End War. 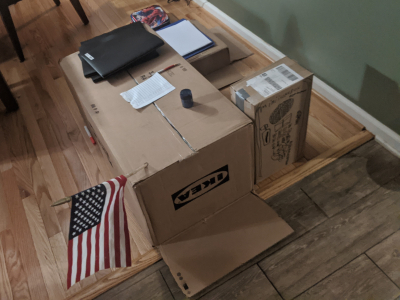 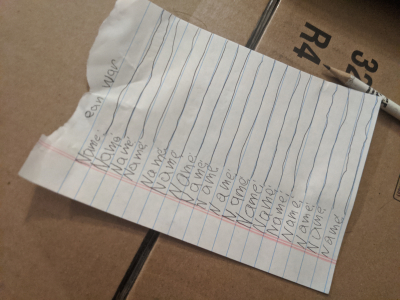 (Well, technically he keeps spelling it "Ean War" but I hope he can still count on your support.) 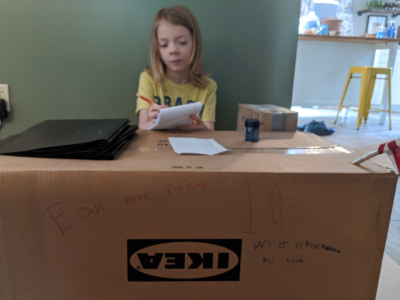 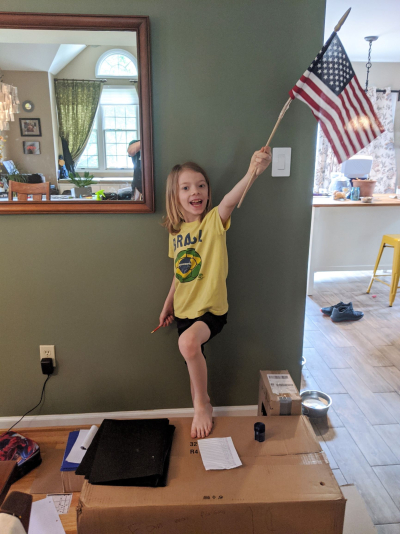 Here's to the future. 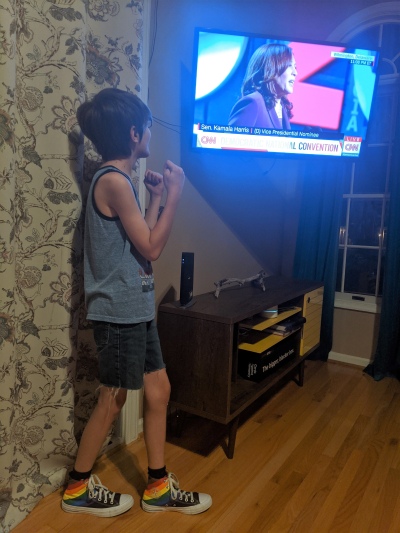 (And to this tomato that looks like a butt.) 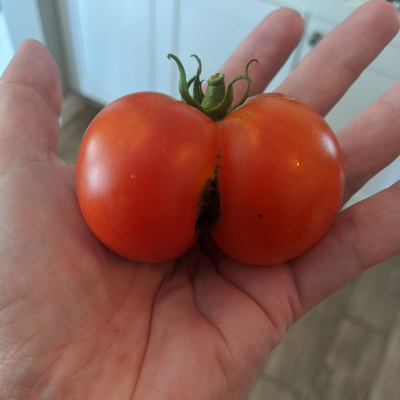 Thank you for this! Your boys made my week

Put my name in for the End War Campaign. I will happily Venmo you a dollar.

Also: Here’s my idea: put women in charge of everything.

Thanks for making my day!

I know he’s happy with his new sneakers, BUT if he wanted options, you could try Poshmark for the other rainbow chucks

Those shoes are awesome! As, of course, is the idea of ending war. I am in favor of both.

Love this so much!

@Jaclynn I did find a pair of them on Poshmark! And I was so excited! But they weren't his size (or close enough to his size). I don't think they were made in kids' sizes, and Ezra's new Chucks are an adult/unisex size 4.5 with room to grow.

He wanted the sequined/glittery rainbow striped ones. So if anyone ever happens to come across a pair in 4.5/5 let me know!

So glad i found you AGAIN, after all these years, I have YEARS of blogs to read to Catch up..so if you see me comment on a post from 5 years ago, im just now catching up..

Those have to be the most awesome shoes in the history of EVER!

Oh my word. I want to be both Ike and Ezra when I grow up. Where did Ike get the idea to end war? I love it. Make sure he keeps a page of ideas to send to Biden!

(And why are all of the commenters named Lindsay/ey today?)

Kids like yours give me hope for the future.

That’s some damn fine parenting!! We love you and your fam!

I just love all of this so much. Kudos for raising some pretty amazing humans!

First, I'm going to start calling Ike Hermione. I look forward to reading his manifesto, and when he gets the pins made up I want one.
Second, kids are clearly much better at this than grown ups. So, tomorrow I will be enlisting my daughters help creating a list of ideas. We will submit them to Ike Hermione post haste with our dollars. Also, EmilyD raises a good point - the dogs are definitely in support of the cause, so we will forward their dollars.

Your kids are brilliant and I love them. Also, it's just really good to see an update. Hope all is well.

I've been seeing this Nelson Mandela quote a lot lately, "Like slavery and apartheid, poverty is not natural. It is man-made and it can be overcome and eradicated by the action of human beings" and I'd like to offer it to ike. We advance thru education and compassion and empathy. I know your kids are SO on the right path with you and Jason as their parents, but I just needed to put this out there. Love to all.

Your kids are THE BEST! I love Mighty Zah's shooze and I love Ike's idea to end war. I think he should get a Cabinet post when Biden/Harris win.

Zah, those shoes are FLY. Excellent choice! As is ending war. Get it, Storch boys!!!

I wish my parents bought me such cool shoes when I was his age? You wouldn't be in the market for a 33 year old daughter, would you??

Thank you for putting in the effort to post. I check my feedly daily, and there's always a tense anticipation as I scroll down to your feed. It is always a good day when there's an Amy post!

Ezra looks like he's doing a double fist pump for Kamala -- I love it! Those are some good boys you've got there.