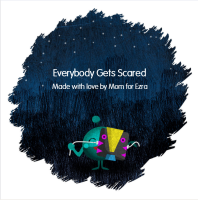 Hello! How was everybody's Thanksgiving? Did y'all trample anybody over an Xbox? (Are Xboxes still a thing? I don't know what the thing is this year. Because all my children are getting is the Xbox we already own, that Ezra broke as a toddler by feeding it Legos. Jason figured out how to fix it, so TA DA! Here's your Christmas miracle, kids.) (The boys all really, really want an Xbox, but I keep saying NO XBOX because I'm a mom who hates fun and plus you guys broke the last one. I am still saying NO XBOX even now, to their great collective distress because it's ALL THEY WANT FROM SANTA, because I'm ALSO a mom with a video camera who wants an epic reaction on Christmas morning, mwa ha ha.) (I am also a mom with an upper respiratory infection and goddamn bonus pinkeye right now. This has nothing to do with anything else in this post, but it feels wrong not to mention in because I'm whiny and sad and leaking out of way too many parts of my face right now.) In honor of Cyber Monday and literally everybody on the planet telling you where to... Read more →

I WROTE A BOOK 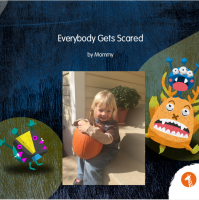 I did! I really did. But not a book for you. It's you know, for kids. (But I guess since kids don't have all that much money of their own, and the target audience is probably in the pre-Tooth-Fairy dollahdollahbills age range, maybe I did write it for you. To buy. With your money. YOU ARE SO WELCOME!!) After I wrote about the incredibly helpful pre-moving book I made for Ike through TwigTale.com, they reached out to say thanks, and then a couple emails later they asked if I could write a new book for them in time for Halloween. This book is essentially a much more beautiful looking version of a social story I created for Noah when he was a preschooler, back when EVERYTHING about Halloween terrified him. The costumes, the decorations...anything vaguely Halloween-like stressed him out to the point that just leaving the house became difficult. The costume shop at the mall! The billboard advertising the haunted hayride! The CANDY AISLE IN THE GROCERY STORE. As with All Things Noah, we eventually learned that letting him acknowledge and actually feel his fear worked much, much better than having him fight it, or trying to logic him out... Read more →